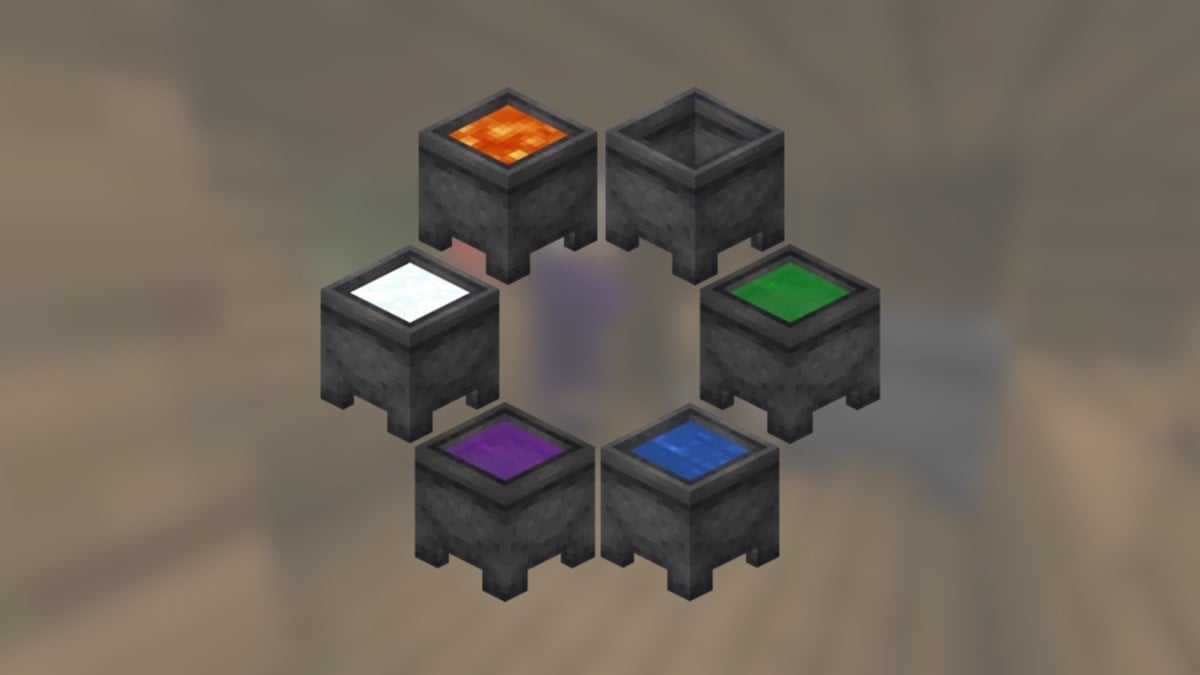 When they were first introduced, cauldrons in Minecraft had one major use: holding water. Over the course of their existence, however, they have evolved. Cauldrons can hold multiple different substances with different uses, and there are five different substances that can be held in cauldrons overall, though two of them are exclusive to Bedrock Edition. Let’s take a look at how to use a cauldron in Minecraft.

These methods work in all versions of Minecraft.

Havign water in a cauldron can offer some advantages. One, it is a concise way to fill potion bottles if you don’t have a water source in a space. Two, water in a cauldron is a way to have water in the Nether. Being able to dip into a water-filled cauldron to prevent lava or Blazemen burns is very helpful.

A lava cauldron emits a light level of 15 and a Redstone level of 3 when used with a Redstone Comparator. It will still burn you if you go inside of it, but the lava cannot catch wood or other objects on fire when contained in a cauldron.

While all of the other cauldron fills are purely liquid, Powdered Snow is the only fill that has a solid element. You can fall into the cauldron, but will not take freeze damage. Using an empty bucket on a full Powdered Snow cauldron will give you a Bucket of Powdered Snow, which can be used to place a Powdered Snow block.

These methods only work in Minecraft Bedrock Edition.

Created by using dye on water in a cauldron, Dyed Water can be used to dye leather. This is an easy way to dye Leather Helmets, Leather Chestplates, Leather Pants and Leather Boots. You can also mix dye colors. This only works in Bedrock Edition.

Putting potions into a cauldron will fill it by one level at a time. Three potions of any kind, whether standard, splash, or lingering, will fill a cauldron. Standing in the potion will not give you the potion effect, but it can be used to tip arrows. A full cauldron is the most efficient way, as it can tip a whole stack of arrows with whichever potion effect was put inside, and then the cauldron will empty. This only works in Bedrock Edition.

Cauldrons can be crafted with seven iron ingots in a U shape, or found naturally generated in a Swamp Hut (Witch’s Hut). The cauldron is also a Jobsite block for villagers, connected to the Leatherworker profession.Cauldrons cannot hold ‘food’ items in any version, meaning stew, milk and honey cannot be put in a cauldron, regardless of them being liquid.