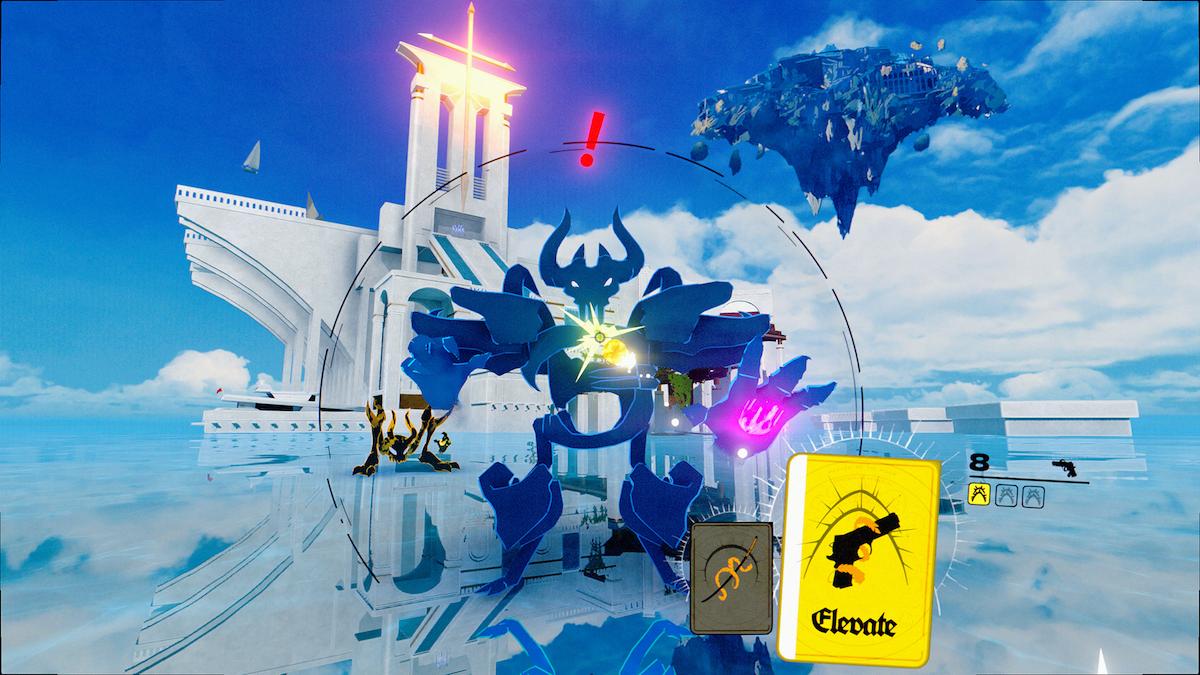 Neon White isn’t your average first-person shooter. You can’t just grab one gun and stick with it through a whole level. Rather, you’re encouraged — and often required — to regularly discard your cards to use Discard Abilities.

These special abilities often allow you to complete levels quicker. Some let you jump higher, while others allow you to take out several enemies at once. If you’re looking to earn an Ace Medal in any of the game’s levels, you’ll want to use these valuable abilities pretty frequently.

As the name implies, you can activate Discard Abilities by discarding the card you’re holding, which is done by hitting the left shoulder button if playing on a controller. If you look at the card you’re holding, you should see the name of the ability printed at the bottom. For example, the handgun card features the “elevate” ability, which launches you high up in the air.

While every card only has one Discard Ability, each ability can be used in a variety of ways. The aforementioned “elevate” ability will launch you higher off the ground than your normal jump will, but if you use it in midair, you can use the Discard Ability as a sort of double jump, allowing yourself to catch even more air than before.

This applies to offensive abilities too. The assault rifle card’s “purify” ability fires an explosive projectile that can take out quite a few foes at once. However, if you get caught in the explosion, you’ll be launched high in the air, similar to rocket jumping in other FPS games.

When going after Ace Medals, you’ll want to get creative about how you use these abilities. Additionally, you’ll want to be careful you don’t waste them. Using an ability too soon or in the wrong place can sometimes get you stuck in a level. When this happens, the only way forward is to restart the level.