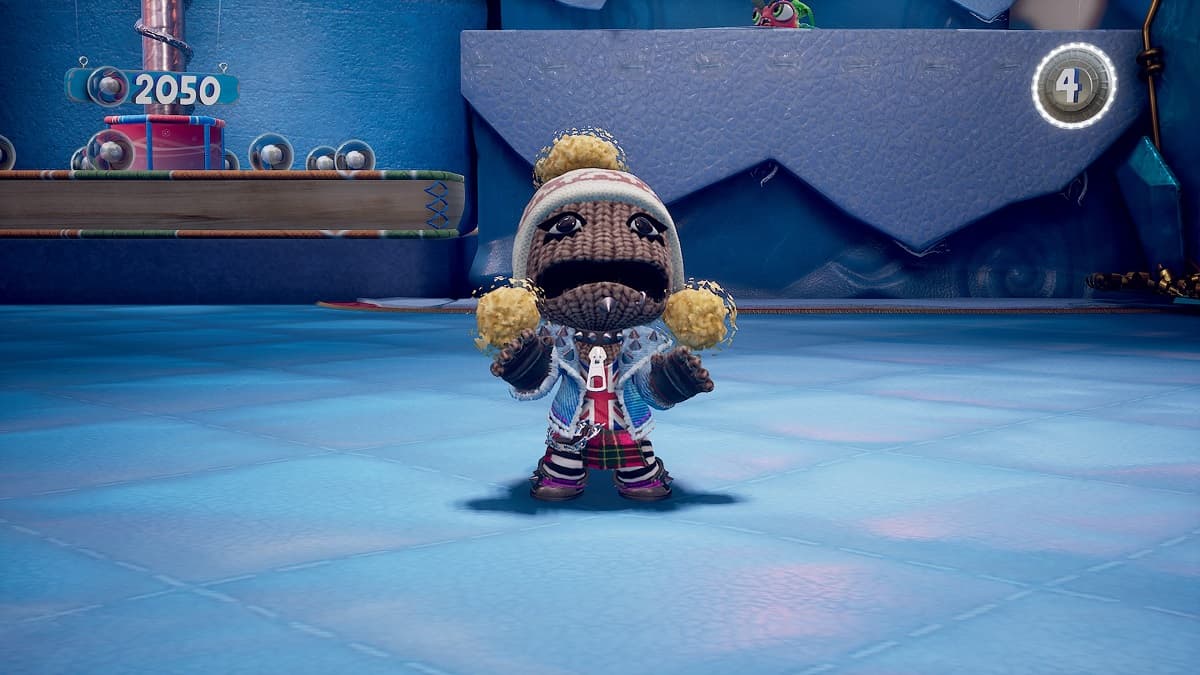 Sackboy: A Big Adventure, just like its predecessor Little Big Planet, is oozing with personality. For a character that is a stitched sack, the little Sackboy character that you control oozes charm and character to go with the fact that he’s adorable to look at.

But that’s not all he can do. Also similar to previous games, the little man can emote in poses that you can use at any time and can be used at the end of the level in a photo that you can later share with friends to chart your achievements.

You can’t emote in the world map area, but you can within any level. To emote, use the controller d-pad in different directions and Sackboy should respond on screen with the emote that you have chosen as well as a facial expression. By default, the expressions are all neutral so it may not seem like he does much.

To alter these and pick what expressions he makes and emotes he performs, you need to enter your wardrobe in Zom Zom’s. The game doesn’t allow you to change them on the fly, so heading there will allow you to alter them from neutral to other expressions, more of which can be found as you progress.

The camera is also not the easiest to see how an emote or expression affects Sackboy, so to check out what it looks like close up during a level, press and hold L2. This will turn him to face the camera, and you can press the d-pad directions to make amendments while holding the left trigger. You can also move Sackboy’s arms individually using the analog sticks, great for making sure that your picture at the end of a level doesn’t show your trophy clipping into his face.