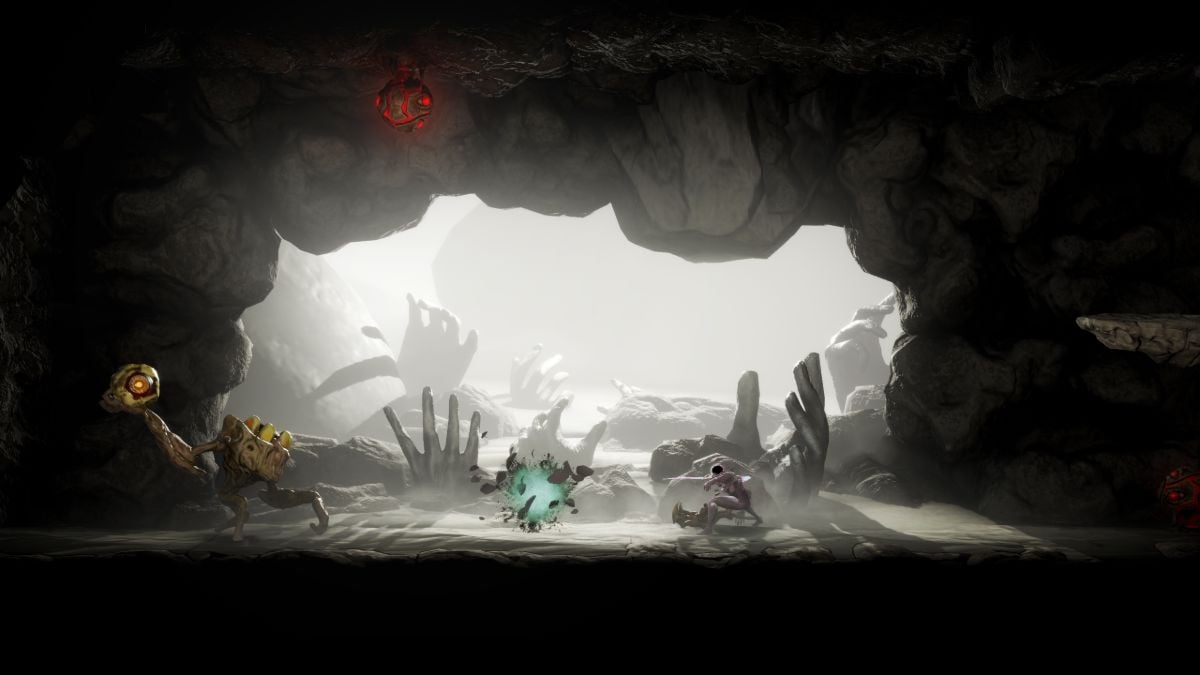 Throughout your journey in Grime, you will need projectiles to keep you away from certain death. As you take your first steps in the game, you’ll be gifted nails from dropped foes along the way. Here are the best practices to use nails in Grime.

Nails are throwable objects that can be used at any time, as long as they are equipped in your consumables list. These chopped-off fingers can deal a small amount of damage with each hit, but they are more often used to get the attention of an enemy. You can throw it by pressing an assigned direction on the d-pad.

For example, one of the prey you can attack is a shelled enemy with red spikes poking out of it. It can be a nuisance to get a quick attack in as you leave yourself open to getting stabbed. However, by using a nail, you can deal damage to it while getting it to notice you. As it starts walking towards you, use a quick attack with the X button and then quickly dash out with the B button with a backstep.

If you’re low on health, and the boss is mere moments from defeat, it might be useful to throw a nail. It’s a good move instead of getting a devastating hit to the health bar by moving closer to the boss.