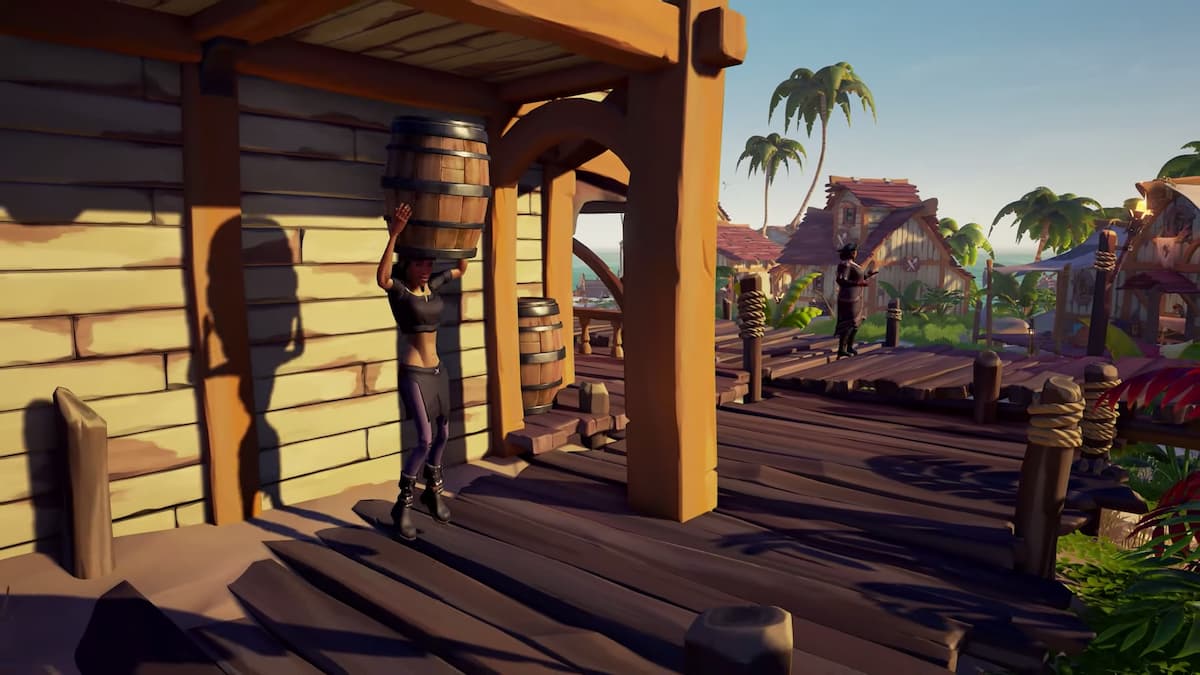 While emotes in most video games are meant to be silly ways to communicate and express yourself in-game, these character animations are actually valuable secret weapons in Sea of Thieves. Certain emotes allow your pirate character to sit or lie down, hiding you from view of enemy players to either escape or snag their loot right before they turn it in; this technique is known as “tucking.” Season Two of Sea of Thieves added a fun and stealthy emote in the spirit of this — get ready to mess around with the Barrel Disguise emote.

How to unlock the Barrel Disguise emote

Such a valuable emote might be thought to be a premium item, but the Barrel Disguise emote was actually first included as a free Season Two reward at Renown Level 13. After unlocking the emote, you will equip it onto your emote wheel through any Vanity Chest at Outposts or on the bottom deck of your ship.

It took until Season Six for the Barrel Disguise emote to become accessible to players who missed out on the reward in Season Two. Outside of any Tavern, talk to Larinna of The Bilge Rats; browse her stock, and you can buy the Barrel Disguise emote for 50 doubloons — those are the blue in-game coins that you can earn through a variety of means, such as completing commendations or simply leveling up your season Renown.

Per the emote’s official description, this emote was meant for “stealthy island visits.” Barrels are always scattered around islands, so if you need to hide from enemy encounters, position yourself next to a barrel, go to your emote radial wheel and select Barrel Disguise. Your character will have a little animation where they look around before producing a barrel for them to hide under. We have found that the Barrel Disguise is ineffective against CPU skeletons.

However, clever and industrious pirates may instead want to use them during ship combat. It is a common strategy to shoot oneself out of a cannon or swim to board an enemy player ship. As there are barrels all over the bottom deck of each ship, one could stealthily make their way into an enemy player ship and disguise themselves as one of the many barrels there. And keep completely still; as with any emote, movement will cancel the emote instantly and expose you.

If you’re suspicious that an unnoticed player has boarded your ship, be sure to check your bottom deck; if you don’t remember the layout of the barrels down there, you best swing at every single one you see. Paranoia isn’t fun to sail with.

How to tell who is in a barrel

As of this writing, pirates who emote as barrels on moving ships will stay level, so they won’t bob back and forth like everything else on board. This is an obvious tell — next to other barrels, the disguised player will stick out like a sore thumb.