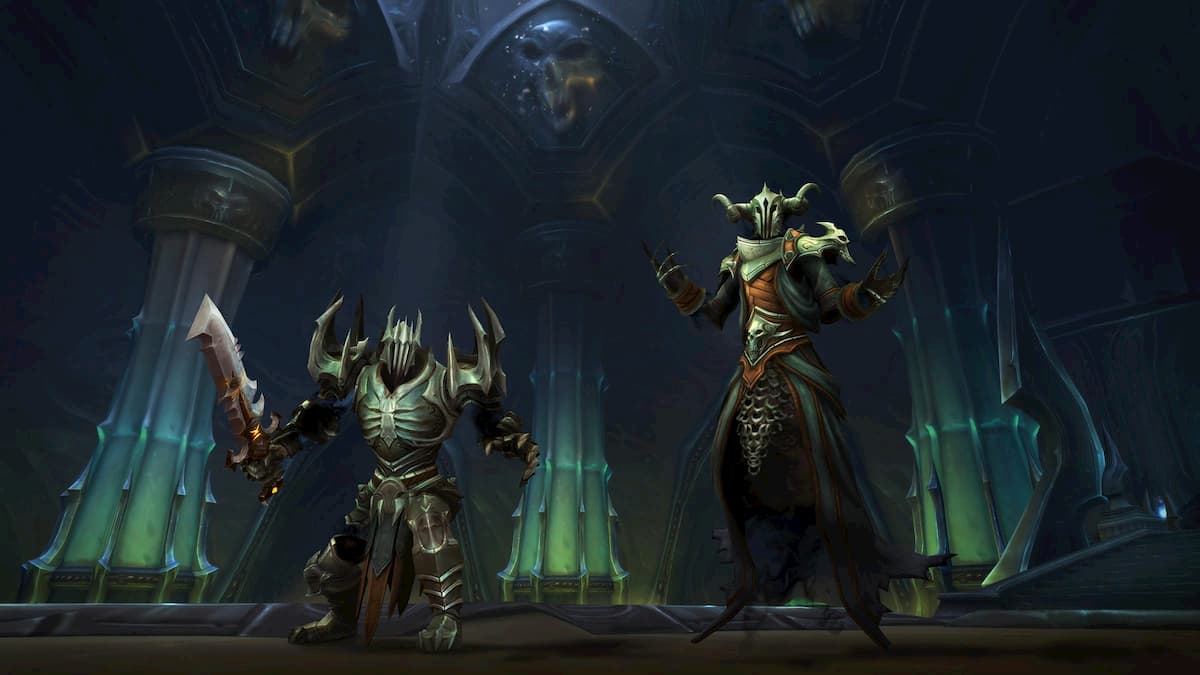 If you can’t get enough of Torghast in World of Warcraft: Shadowlands, the newest event inside the dreaded tower is super to please you. A special event known as the Beasts of Prodigum is now active, and for the first time, you’ll get a new partner to bring along on your runs through Torghast.

When you begin a new wing of Torghast, you’ll get to pick from four options. Two anima powers will be available, and two of the three beasts will also appear among your choices. As always, you can only pick one. Here’s a look at the three available beasts:

This power partners you with Valioc, who casts Soul-Devouring Howl every 15 seconds. It damages your opponents and also silences them for three seconds.

With this power, you’ll get Horgul, Hound of Darkness. Horgul likes to troll enemies, occasionally taunting them, and will sometimes cast Leaping Maul, which stuns the target for six seconds.

Wailing Pendant summons Nal’tari, who will serenade you with Empowering Roar every 45 seconds. Similar to Bloodlust, this ability gives you a 30% haste boost for 12 seconds.

Your choice of beast depends on what you’re looking for in a partner. Chain of Command is great if you want someone to tank for you, while Wailing Pendant is a good choice for anyone seeking some big damage on their own. Shade Essence-Lure will help you when you’re in one of the Torghast wings with many casting enemies.

Unfortunately, the Beasts of Prodigum event is only in the regular version of Torghast; you won’t get these companions in the Twisting Corridors. You can also jump out and back in Torghast if you want to reroll and take a different beast with you. Technically, the beasts are immortal, and will respawn after 20 seconds if they fall in battle.