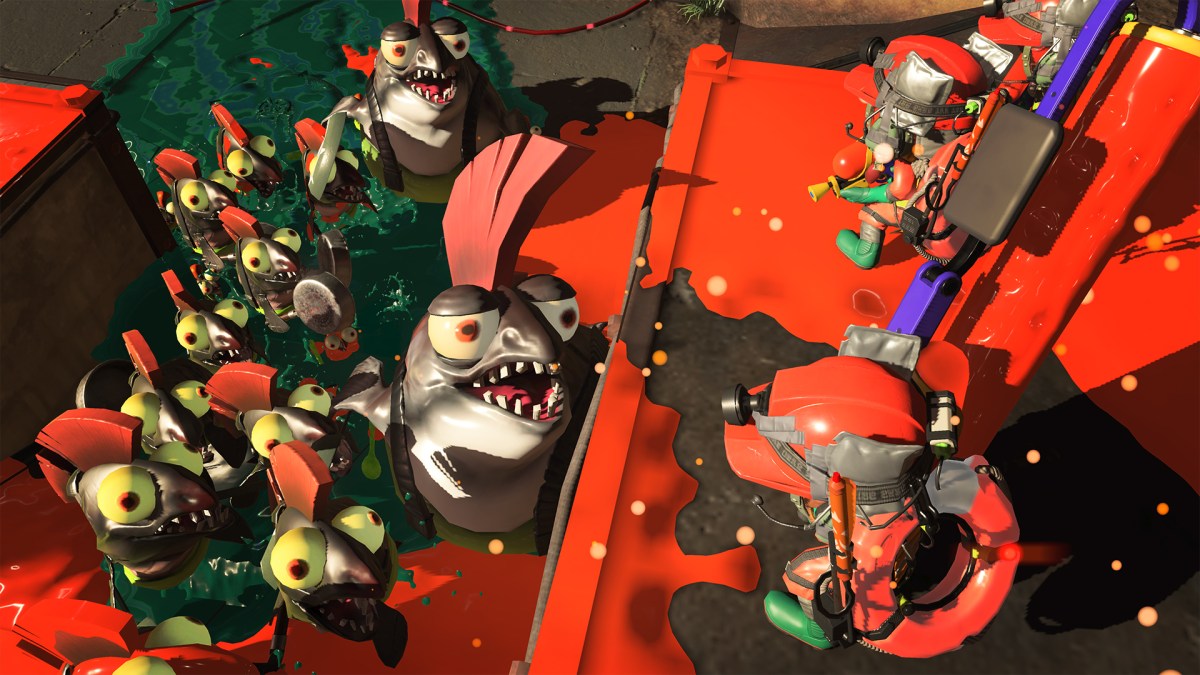 Grizzco’s weapons always add a bit of fun to Splatoon’s Salmon Run. They’re rare, modified weapons that players have a small chance of getting during any of the runs in the mode. In the latest Wildcard Rotation of Splatoon 3’s Salmon Run, fans got introduced to the Grizzco Splatana. Just like with every new weapon being added to the game, players are trying to understand its strengths and weakness. So the question is, how do you use the Grizzco Splatana in Splatoon 3?

How to use the Grizzco Splatana

If you’ve used a Splatana weapon before, you’ll be familiar with how that class of weapon works. Normal attacks, where you tap on the ZR button, are light swings that do a bit of damage. However, when you hold down the button and charge the attack before letting go, you do a powerful slash. The same is true here, but the big difference is that Grizzco Splatana’s range is very short, which is its biggest downside. If you want to hit anything, you’re going to need to be very close to the enemy.

While this may sound terrible, in return, the weapon does deal high levels of damage. Its charged slash, especially, can one-shot enemies thanks to its piercing property. Enemies like the Flyfish, which is deemed one of the most menacing Boss Salmonids by players, can be dealt with easily by using the weapon’s charged projectile attack.

Here are the damage stats for the Grizzco Splatana.

If you have the Grizzco Splatana, you need to play aggressively. You can easily wipe out bosses with your weapon thanks to your piercing. Use that to your advantage by focusing on the Boss Salmonids, especially the ones that are giving your team trouble.