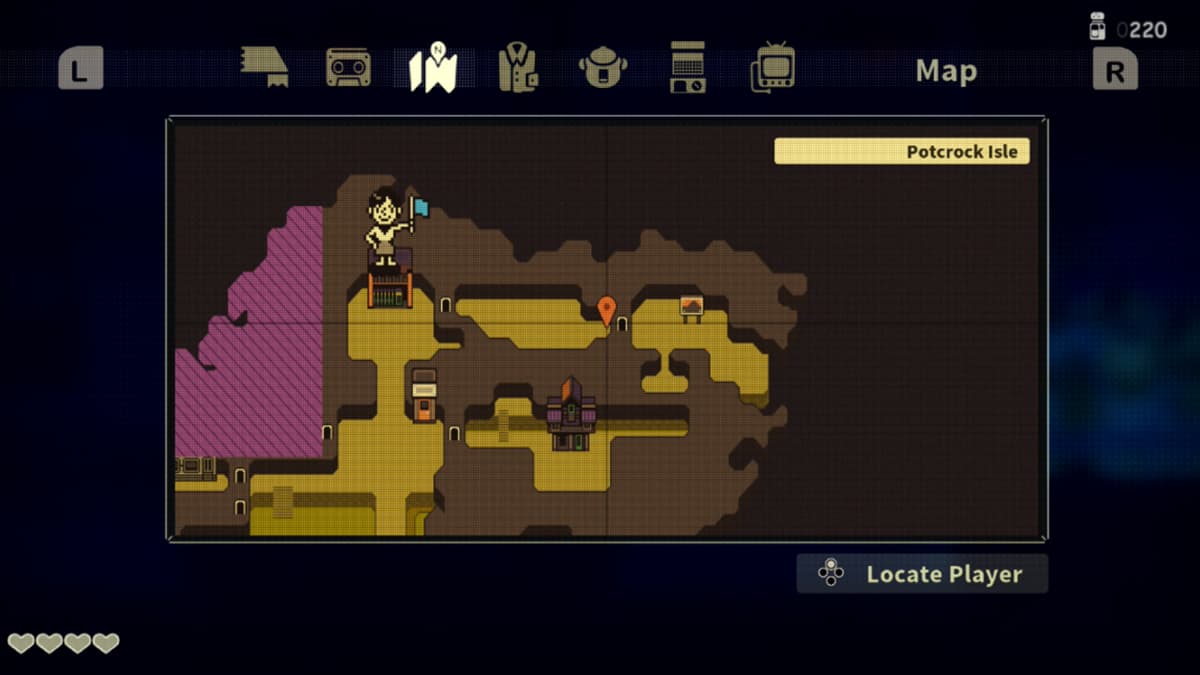 Eastward is an RPG adventure that will have you walking all over the place. As you explore, you are bound to get lost, especially early in the game. Luckily, the game includes a map for you to use right at the beginning, but looking at it can be a little confusing early in the game. Here is how to look at the map and know where you are supposed to go.

To bring up your map in Eastward, pause the game and tab over to the map icon. So far, so standard for video games. What can throw you off, though, is no traditional waypoint marker pointing you where to go. Well, traditional in the way of a glowing arrow or circle. Instead, Eastward’s waypoint system uses a blinking woman holding a flag showing you where to go next. It’s a bit confusing seeing it for the first time, but that is where the game is telling you to go next.

Additionally, any area that is covered in purple is a location you have not been to before. Walk through a transition point to go there and clear it up on the map. Using the map can show important landmarks like buildings and can also indicate doorways or stairs. If you are super lost, tab over to the cassette tape to look at your objectives for some guidance.