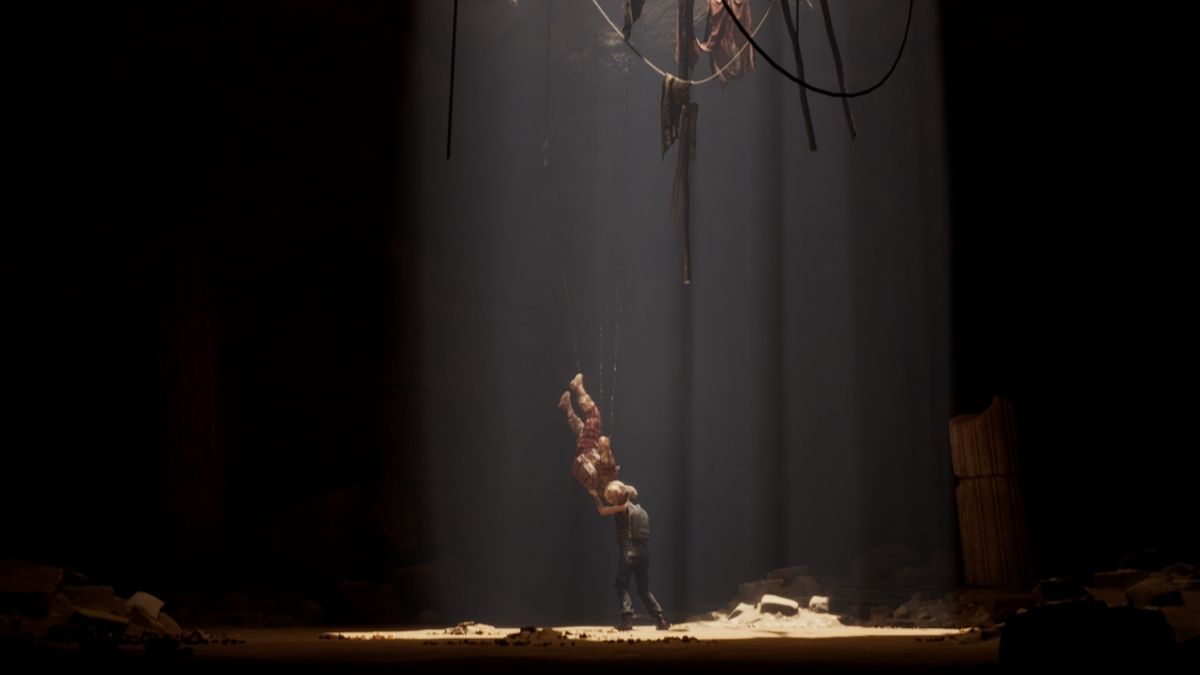 It is established in The Dark Pictures Anthology: House of Ashes that White Phosphorus should not be used because it is a war crime. Eric can talk about it in the chapter titled The Briefing if you choose to walk over to the box of grenade rounds near the briefing board. Of course, Merwin ignores this and brings some White Phosphorus rounds with him during The Raid chapter.

There are only a few instances where White Phosphorus can be used throughout the game. The first one comes during the chapter titled The Raid. When the Iraqi soldiers show up and start attacking the squad, Merwin will reveal that he brought some WP Rounds with him. He asks Jason if he can use them. You have the opportunity to say yes to his request and he will fire off a round at a few soldiers on the other side of a wall.

Merwin will also fire off a White Phosphorus round if he sees Joey die during The Raid chapter. This is done by not making it to Joey in time as Jason.

The other instance where White Phosphorus can be used is in the chapter titled Strange Aeons. If Rachel is infected, she will grab one of the White Phosphorus grenades and place it between her legs. You then take control of her as she is holding a knife. If you choose to swing the knife down on the grenade round, it will explode and catch Rachel on fire, killing her.