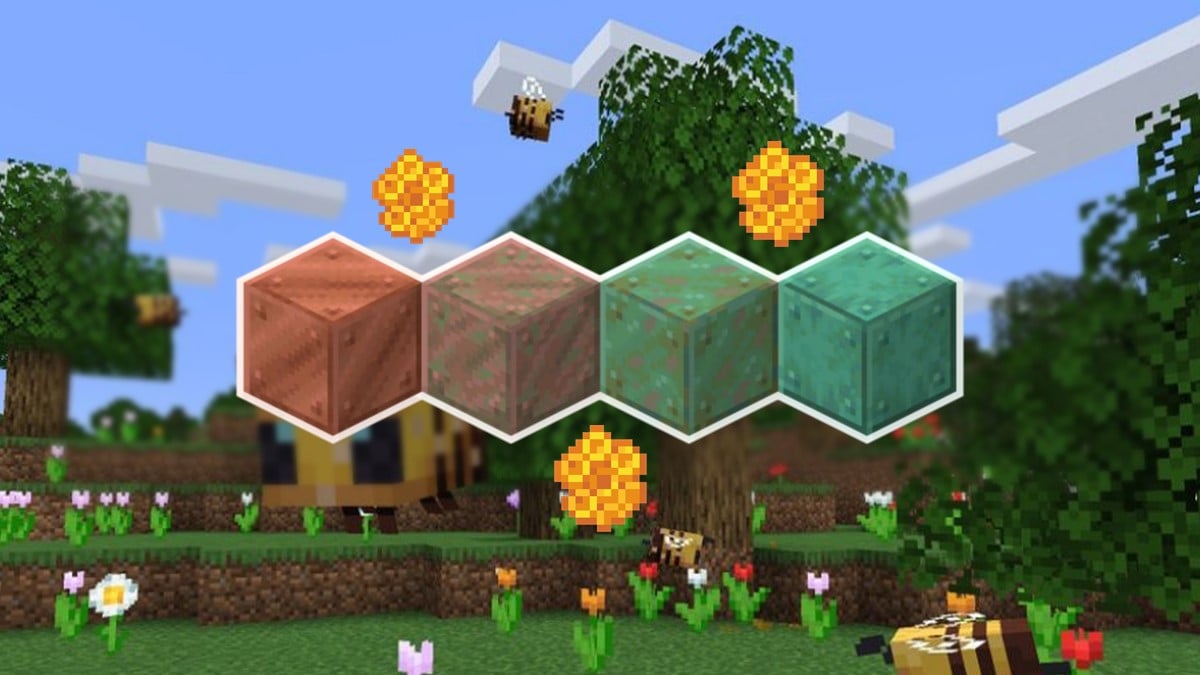 For the first time since emeralds, a new common-tier Overworld ore has joined the ranks. Copper is the newest metal in Minecraft. Copper will not be in the Latest Release of Minecraft until the Caves and Cliffs major update, but has been present in the Minecraft Snapshot since 20w45a. The thing that makes copper special is that once you craft and place a copper block down, it, like real copper, will slowly begin to oxidize.

Related: How copper will work in the Minecraft Caves & Cliffs update

Waxing and removing wax from Copper

The first thing you should note is that all copper can be waxed until it is fully oxidized, including blocks, slabs, stairs, and even cut copper variants. This also means that you can wax Copper in its base form, or in its Exposed or Weathered forms too, to keep it like that forever.

The only major ingredient you will need to wax your copper is Honeycomb, and there are multiple ways to apply it, and as of Snapshot 21w11a, two ways to take it off.

The second way to wax Copper Blocks is to press Use Item on a placed Copper Block while Honeycomb is in your hand. This will wax the same three varieties of Copper as the crafting table method, but doesn’t require you to pick up Copper if you decide to wax it after you build with it.

The last way is to apply Honeycomb to Copper Blocks via a Dispenser. It will affect the Copper Blocks in the same way as the second method.

You can also scrape wax off of any type of waxed Copper one-by-one once it is already placed. Similar to taking the bark off of a tree log, you can Use Item with an axe of any tier in hand on a Waxed Copper Block to scrape the wax off of it. It will go back to its non-waxed state at whatever point in its oxidation it is at. While it is less efficient than the prior method, it is currently the only method to clean wax off of Exposed and Weathered Copper. It is luckily also more convenient than the prior method if you want an already-built creation to oxidize, as you don’t need to replace any blocks.

Note: There is no way to get your Honeycomb back from either of these methods.

Oxidized Copper is the only form of Copper that cannot be waxed, as there is no oxidation left to prevent — it is already at the final stage. If you truly wish to wax a block that has been fully oxidized, the only way to do that is to clean the oxidization of the block first. A Copper Block can become unoxidized is if it is stricken with Lightning. This will reset any stage of oxidization, even if it is fully oxidized. If this does occur, you can wax the block once again, but lightning currently the only method of cleaning oxidization, makes doing so more trouble than it is worth.