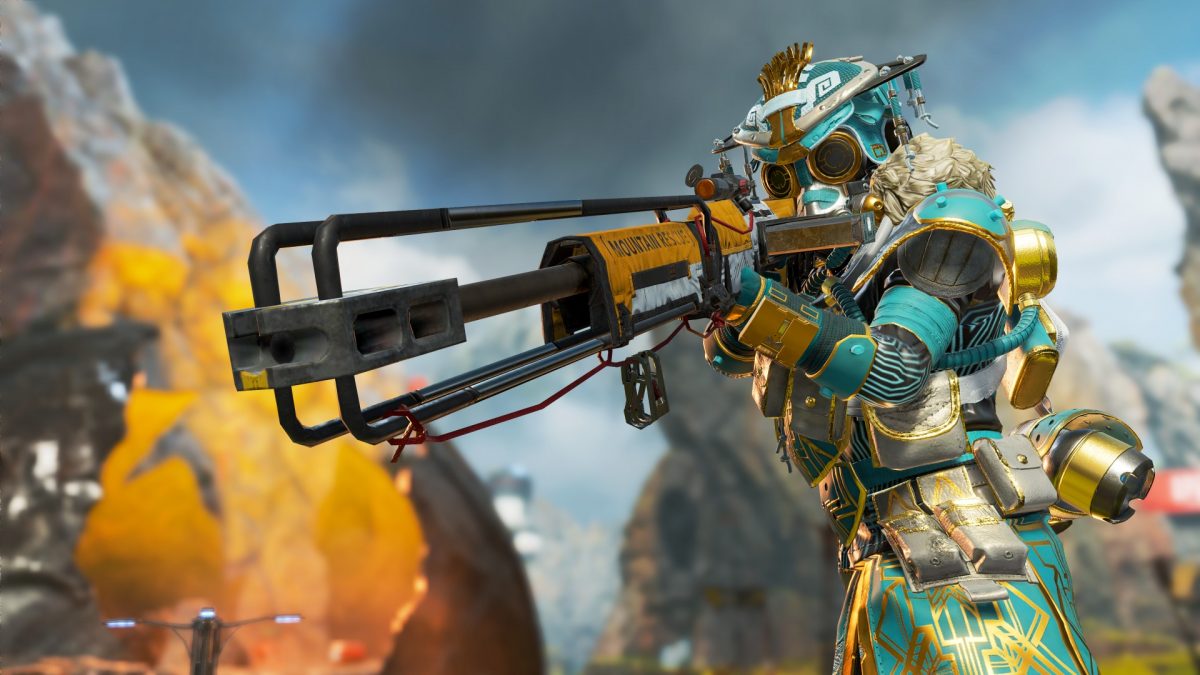 What is Armed and Dangerous?

Armed and Dangerous is a game mode in which you begin with a Mozambique with a Holo 1x optic and a level 1 Evo Shield. The ring progression is the same, but the guns have gotten a chunk of them taken out. Say goodbye to mid-range and speed, because there are no energy, light, or heavy weapons. That’s right — this game mode is all about the snipers and shotguns.

In this game mode, there are nine total weapons: 4 shotguns and 5 sniper rifles. This includes two heirloom weapons: the Peacekeeper and the Kraber.

Normally, Heirloom weapons are tucked away in care packages, but in Armed and Dangerous, you actually have a chance of finding them on the ground. If you have the opportunity to get one of these rare weapons in your arsenal, do it. But remember, they have a fixed amount of ammunition.

Gold (fully kitted) weapons are also out and about and aren’t locked to the season 6 kits. The best fully kitted guns for this game mode are the golden Charge Rifle and the golden EVA-8, but don’t pass up a Mastiff or Triple Take either.

Kit up, or shut up

In this game mode, you should always have a shotgun in slot one and a sniper in slot two. You want to get rid of your Mozambique as soon as you can and replace it with literally any other shotgun. You will also want to have a shotgun bolt on your weapon, especially on the Mastiff.

As for the sniper rifles, the Charge Rifle is your best bet, as it will pack a punch at long range. But if you take off the optic, you can also use it as a last-ditch effort at short range if you run out of shotgun ammo. That said, if you’re all about a long-distance sure-shot, the Longbow is the way to go.

For optics, getting your hands on digital threat optics is a game-changer, whether you put the 1x on your shotgun or the 4x10x on your sniper.

With short and long-range weapons being your only options, fighting is going to look a lot different than it does in regular play. Here are two major strategies that are useful for Armed and Dangerous.

Two close, one back

This strategy involves fighting where two of your players have shotguns out and are in the enemy team’s face, while one of you perches on the high ground and lands some serious sniper damage down on the enemy team. It will be hard for the enemy to compete with that unless they are doing the same.

Weaken, then take down

This strategy requires having both the high ground and the element of surprise. Try to weaken an enemy team via sniper shots until you down one of them. Then, use a mobility ability like Pathfinder’s zipline, Loba’s jumpdrive, Octane’s jump pad, or Wraith’s portal to jump in and take out the remaining two enemies with your full squad at close range. This also works if you are high up and not far away horizontally. Then, you can just jump in — no extra mobility required.