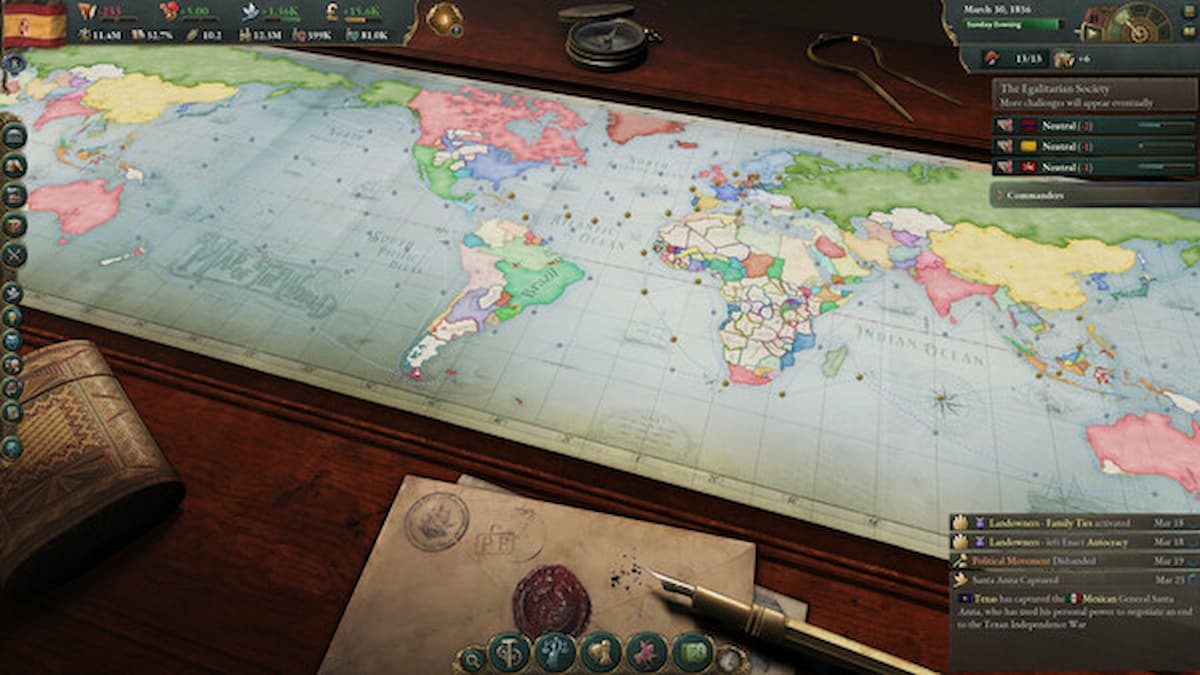 Victoria 3 is a game that centers around the economic, social, and political development of a country during the Victorian era. Clashing conflicts will sometimes escalate into a diplomatic crisis, which can in turn escalate into war. Warfare in Victoria 3 is a system that is somewhat of an afterthought and as such provides only limited interactivity for the player before the game starts throwing numbers around. Once it starts, there’s very little that a player can do to influence the outcome of a land battle, but there are things in the lead-up that you can do to increase your chances, even against stronger opponents. In this guide, we will explain all aspects that you can influence to increase your chances of winning land battles in Victoria 3.

How to win land battles in Victoria 3

Diplomacy and the lead up to war

In the lead-up to war, you will be able to use diplomatic maneuvering to sway other countries in the interest region to join your side or to at least stay neutral. You want to take advantage of this time to look for ways to stack advantage in your favor. Not just in terms of sheer numbers (though that helps), but you can also look for opportunities of opening new fronts which can help stretch the opposing side’s numbers or look for access points with more favorable terrain. This is an important step that is often overlooked. Always make sure to use all of your maneuver points before the war escalates, otherwise, they’ll be wasted.

There are several factors that can determine your chance of success when it comes to land warfare. To put it in broad strokes, all of these will contribute to your war effort:

To guarantee success in battles, you will want to look for ways to stack as many of these advantages in your favor as possible. This goes doubly so if you’re outnumbered or facing multiple fronts of attackers.

There are three options that you as a player can choose to order a General assigned to a front. You can order him to Advance Front, Defend Front, or Stand By. Each will determine his behavior at a given front, and his traits will determine the best suitability for each role. Picking the right Generals for the right job can go a long way in ensuring success. You can even have two Generals on a front, each with different standing orders for additional versatility.

Battles on a front are determined by a countdown that escalates into battle somewhere along the front lines after it reaches 100. Not all troops on a front will participate in battle, which is instead determined by terrain and a random factor. That can give a smaller force an opportunity to beat back a larger foe.

Besides casualties, the main determining factor in winning battles is Morale. If you can sustainably deplete your enemies’ Morale stat, you will be winning more battles in a prolonged war. A good way to do that is to cut off their economy, by for example raiding their convoys, embargoing them diplomatically, or competing on their market on the economic side of things.

Putting it all together

Battles in Victoria 3 are largely random when they get going, but you can influence them a lot before they even happen. With the tools at your disposal, you can look for ways to bring as many advantages to the fore, so that your troops have the best possible chance of success once those battles eventually occur.