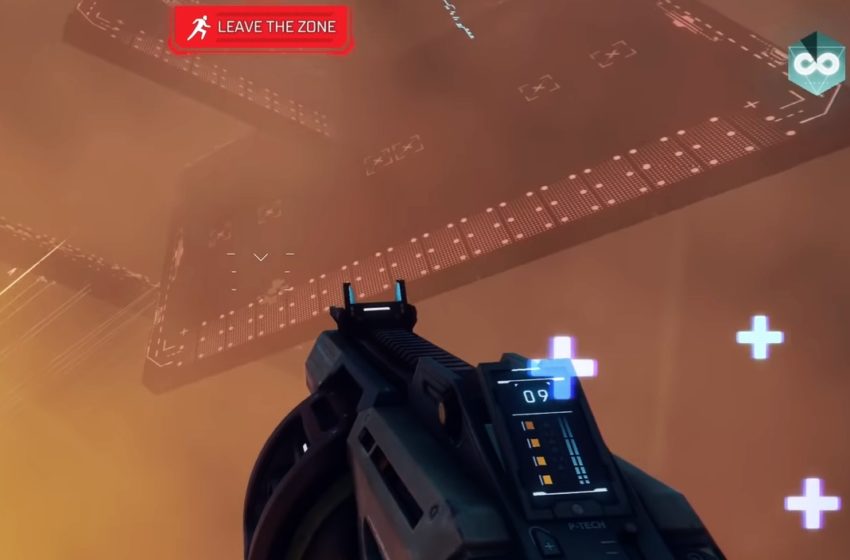 The Hyper Scape Dark Haze mode changes all of the game’s usual rules. There is no teamwork, no sniping, and everyone’s favorite Slam ability is gone, along with most of the other abilities and weapons. This mode is minimalistic and takes different, simpler tactics to win.

Don’t count on the usual loadouts

Normally when you hop in a Hyper Scape match, you know you need to find a Hexfire and some good early game abilities, which will later be traded for Armor and Ball for the endgame. Well, not only are the normal meta weapons and abilities less useful in Dark Haze, but you can’t actually use most of them. This mode is limited to only a few loadout options, to accommodate a different, more claustrophobic playstyle.

Instead, enjoy the fact that nobody will be superhero-landing on you and embrace Hyper Scape‘s more niche gear – like the Mine and the Mammoth, which can be extremely useful in reduced visibility conditions.

There is no potential for camping or sniping in this mode, and no teamwork involved. Sure, you can hang out in a corner and wait to hear footsteps, but wasting time while others upgrade their loadouts around you is not the best strategy.

Speaking of loadouts, looting is also not something you should be doing much of in Dark Haze. Grab a gun and find somebody to frag instead. Because the available items in this mode are so limited, every time you destroy another player, you are bound to find multiple upgrades for the stuff you are already using.

If you don’t feel like being aggressive, I have some good news for you. There is actually a way to win Dark Haze matches by just hiding out until the end. Simply find and max out the Heal and Armor abilities, and then survive until the final “circle.” As the safe zone closes in on the last few players, stay somewhere close but outside of it. The ability cooldowns are so low that you can continuously switch between Healing yourself and gaining damage immunity with Armor, waiting out the remaining players. When the gunfire stops, and it’s down to just you and one other player, rush in to finish them off. Sometimes the fog itself will take them, letting you win without firing a single shot.

This way to win was something Lifeline players sometimes pulled off in the early days of Apex Legends. Respawn ultimately patched it out, and Ubisoft will likely do the same in Hyper Scape – so enjoy it while you can.