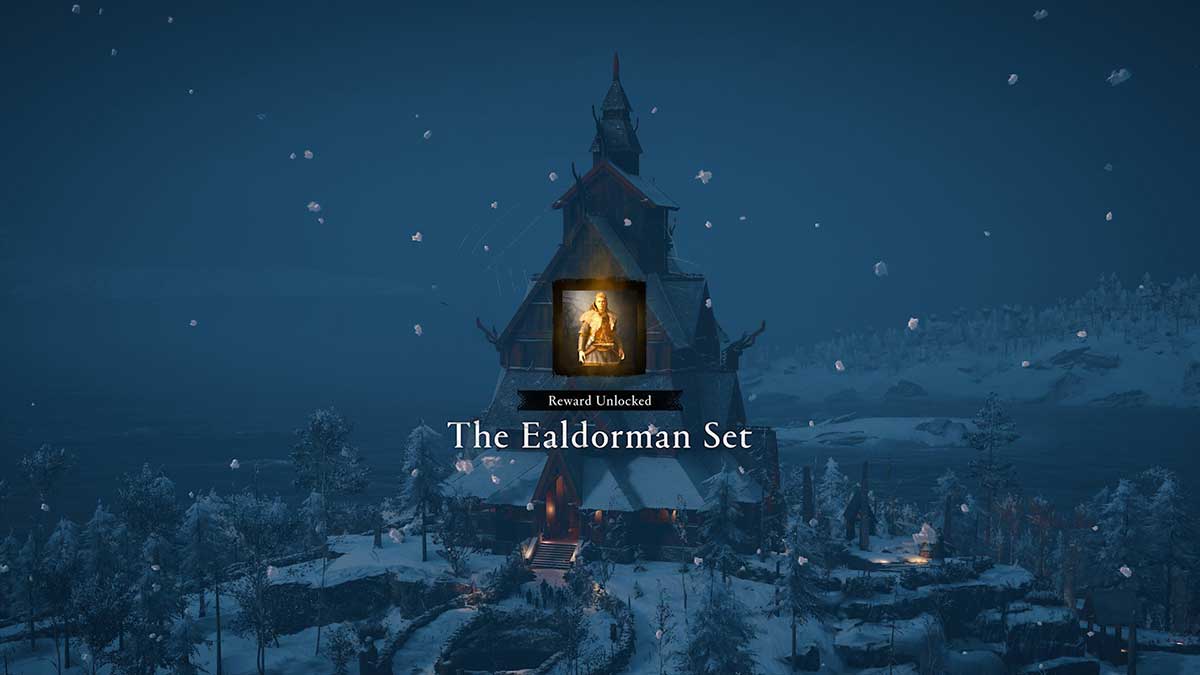 Assassin’s Creed Valhalla Discovery Tour: Viking Age adds seven new items for you to unlock that can be used in the main campaign when you return to adventuring with Eivor. In this guide, we’ll explain how you unlock The Ealdorman Set, a new set of armor that’s inspired by Anglo-Saxon lords.

How to unlock The Ealdorman Set

The Ealdorman Set is unlocked by completing the first quest in Assassin’s Creed Valhalla Discovery Tour: Viking Age, Oaths & Honour. This quest sees you defend the reputation of a local man who has his sights set on a greater future for him and his family. Throughout this quest, you’ll explore a small Scandanavian town, uncover evidence of the lies cast against him, and even take part in a verbal battle. Once the verbal battle has been won, the quest will end, and you’ll unlock The Ealdorman Set.

You can access The Ealdorman Set in the main campaign of Assassin’s Creed Valhalla as soon as you’ve unlocked it. All you need to do is quit to the menu, jump into your campaign save file, and the armor will be added to your inventory. It consists of a new hood, helmet, chest piece, bracers, and leg armor.