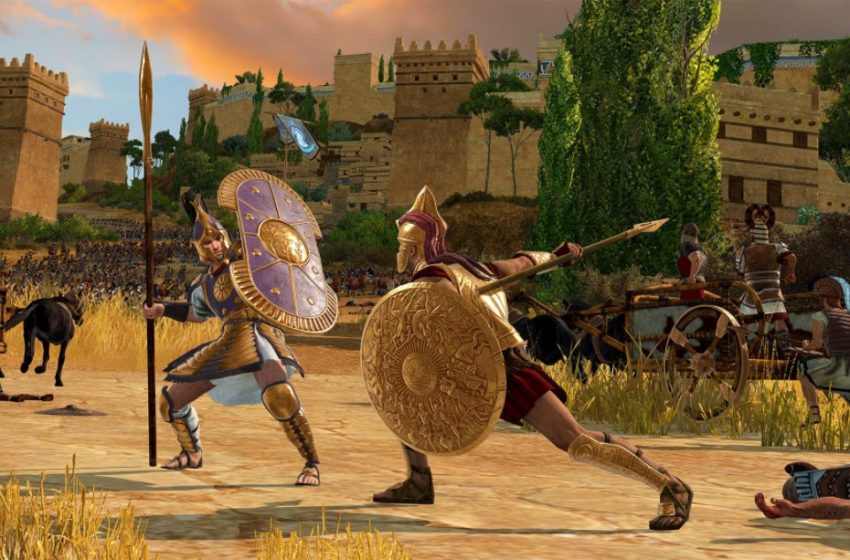 Your basic units in A Total War Saga: Troy have health points showing how many forces are left in their regiment. When those health points go down, they die. But during a battle, their morale may break and they could rout before victory or defeat happens. How do you keep morale up, why is it going down, and how do you stop them from routing?

What is morale? Why do troops rout?

You can see a troop’s morale rating underneath their green health bar during a battle. Troops do not have any morale numbers outside of the battlefield. While soldiers may have a good majority of health, their morale may deteriorate much faster. When it becomes low enough, they can rout. You won’t be able to control troops that are routing, and they will run away from a fight, attempting to flee the battlefield. Sometimes, soldiers can stop routing if your hero does something amazing, or your troops eliminate an enemy unit. You can control troops when they stop routing, but because they ran away, it takes time for them to return to the fight.

How to improve morale and prevent routing

The best way to keep morale high and stop troops from routing during a fight is to pick battles with superior force numbers. The more troops you have around them, the less likely they will take a few losses and try to pull away. However, that’s usually not the case, especially when you have to fight armies with 18 to 20 unit slots filled.

Other choices include strategically keeping your units together, picking off the enemy one by one, keeping your hero alive, and attempting to surprise your enemy. The more enemy losses you can make, the higher morale your troops have. Surprising tactics and causing heavy losses in one attack is also an excellent way to keep morale high while damaging enemy troops. For example, you can use a chariot unit to bash into the flank of swordsmen, causing them to break apart. The sudden attack and surge of horses cause your enemies’ morale to drop dramatically, giving your troops the edge they might need to beat the odds stacked against them.

Move through your troops during a battle to investigate how they are handling the situation. When you notice their morale slipping, try using a hero’s ability to give them an edge that the enemy won’t anticipate.