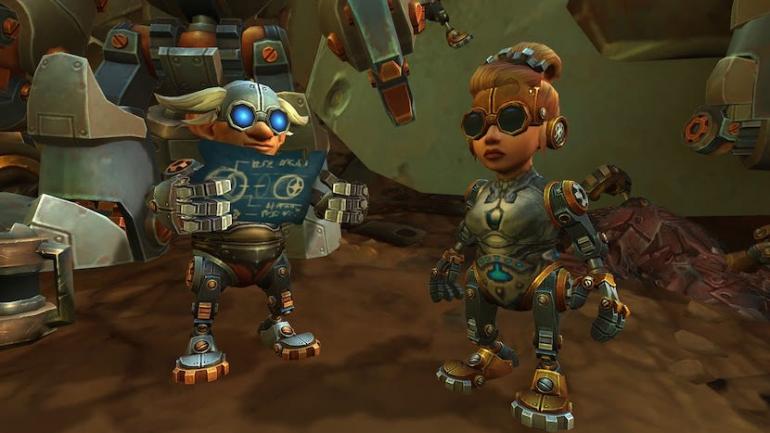 Since the end of the Legion expansion, World of Warcraft players have been able to take on the role of an allied race, a race that was previously only in a non-playable form. But with particular reputation and questlines completed, you can play the Battle for Azeroth expansion with them, with new ones being added over time.

The Alliance has been able to call upon the Void Elves, Dark Iron Dwarves, Lightforged Draenei, and the Kul Tiran Humans, each with their own set of abilities to help separate them from their normal forms. With patch 8.3.0, the Gnome race now has a variant too with the Mechagnome, who have more mechanics on their side compared to their fleshy counterparts.

Their solo racial ability is:

While their racial passives include:

The racial passives are very cool, offering plenty of utility for crafters outside of battle while being very handy in fight. They can be used for all classes except for Paladin, Shaman, and Druid.

To unlock them, you will need to complete a set of objectives similar to other allied races. These objectives include:

The requirements for unlocking the Mechagnomes is a little more challenging than the Horde equivalent, the Vulpera, as you will need to complete the questline on the Mechagon island introduced in Patch 8.2.0, plus a full dungeon run of the Operation: Mechagon mythic level dungeon on the island, which is one of the longest dungeons in the expansion.

Getting exalted reputation will also require some grinding of daily quests to improve your standing with the Rustbolt Resistance, though the emissary sets of quests will help to increase this much faster.

After completing the first three objectives, the game will offer you a quest with the Mechagnomes to complete, a unique quest that shows more about them as a race, with the gnomes and mechagnomes working together.

Once that quest is finished, the game will present you with the “Allied Races: Mechagnome” achievement, and the Mechagnomes, along with their Mechanostrider allied race mount, will now be unlocked and available to use!