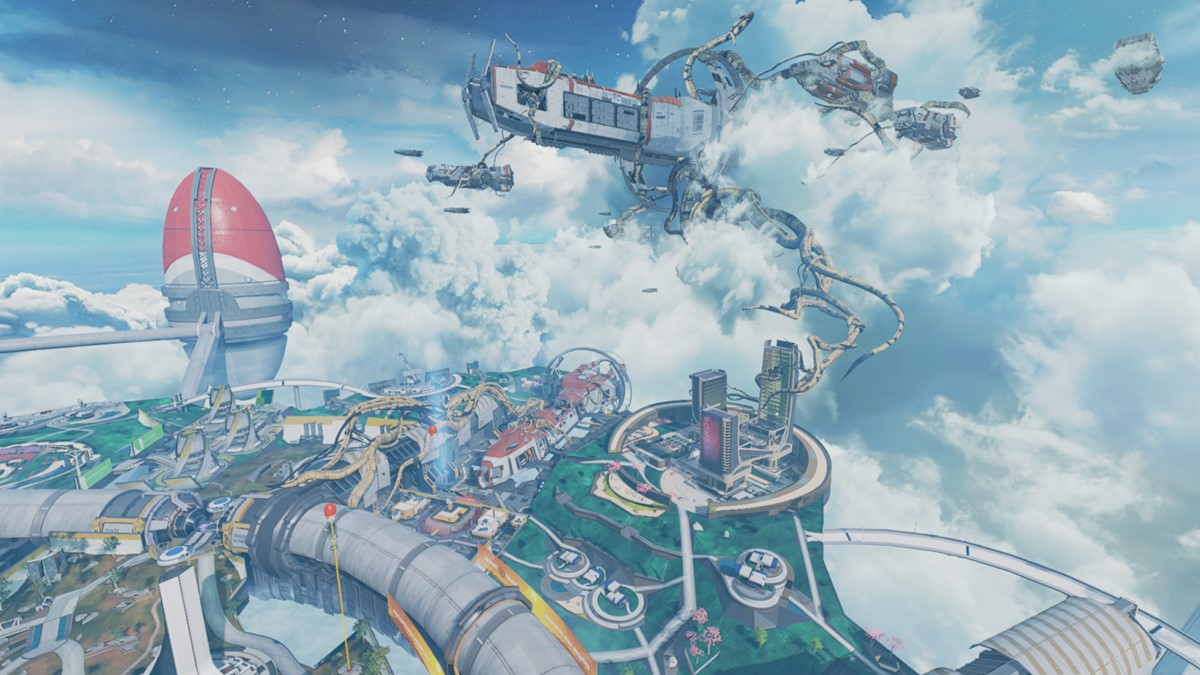 While Kings Canyon is returning to the vault in Apex Legends Season 9, Olympus is persisting, and with that, a brand-new map update and Point of Interest (POIs) are making their debut. A root-ridden infection is slowly taking over the flying city after a fleet of ships arrives. The main ship, a large docked ship called The Icarus, serves as players’ newest POI.

The Icarus is the only new POI, but it is also large, multifaceted, and full of loot. There is enough space in the infested ship for multiple teams to land there and meet in the middle for a fiery early battle, similar to drops at Arcadia Supercarrier.

The location of the Icarus is in the space between Bonzai Plaza, Solar Array, and Orbital Cannon. This will definitely make Solar Array a more dangerous place to rotate through.

The Icarus also fits right in these other major POIs like Bonzai Plaza, Hammond Labs, and Velvet Oasis. It also has a high-tier loot sublocation, joining the ranks of Reverie Lounge, Oasis Café, and Research Basin. Unlike the other sublocations, however, The Icarus Bridge is locked, and you need to find a Bridge Keycard to access it.

The only other major change made to the map aside from the growing roots scattered around is the removal of two major Jump Tower balloon locations. One Jump Tower being removed is the one to the south-west of Golden Gardens, which developers decided gave players too much third-party power on players in Grow Gardens, Hammond Labs, and Energy Depot. The other being removed is west of Orbital Cannon to prevent players from using it to drop into the new Icarus POI.

The infestation manifests over Olympus May 4.