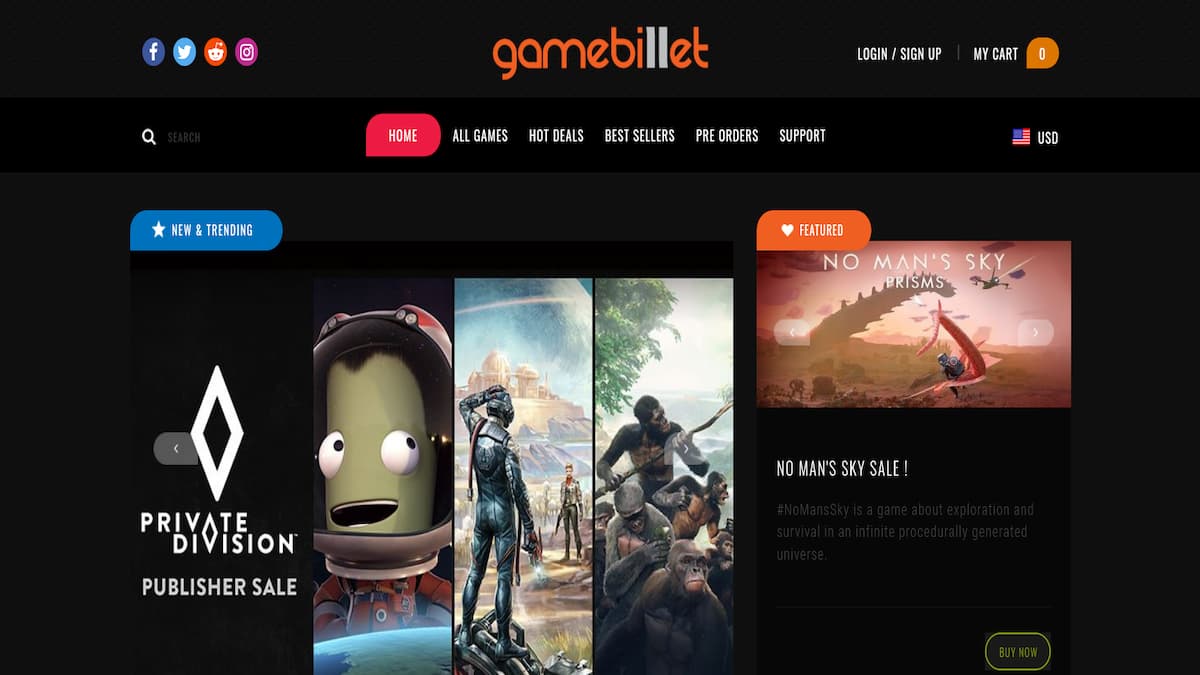 The online games code market is highly saturated, with many sites offering videogame titles at discounted prices. However, for all the market variety there’s a real danger of purchasing codes from unsafe and untrustworthy websites. That’s why it’s incredibly important to properly research to ensure that you’re getting the best deal from a genuinely legitimate site.

Gamebillet is one of the earlier sites, as it’s been around since at least 2015. It’s currently based in the UK and serves customers from 193 different countries. It sells digital codes for various PC games, including pre-orders. The site is not considered an “unauthorized dealer,” as in it works with an authorized distributor as a sort of middle man between it and publishers.

According to the official site, it’s an “authorized reseller.” In a statement from a company representative of Gamebillet, they stated that the website does not support code stripping. Code stripping is essentially removing any extraneous debugging or other data from source code, which in this case would mean removing any data associated with the source of the game code. The rep also clarified that Gamebillet has never sold games meant to be physical and that the source of its codes is from the publisher.

Currently, Gamebillet has very few reviews on Trust Pilot, but the few on there are overwhelmingly positive. Its overall review rating is at 4.8 with 402 reviews in total, with an excellent rating of 92% and a bad rating of 0%. It seems that so far, users find this site very safe and trustworthy and have not left any negative reviews. There aren’t any major controversies either, which is another positive sign. The safest way to purchase from this and other sites is through PayPal, in order to ensure that you have buyer protection.