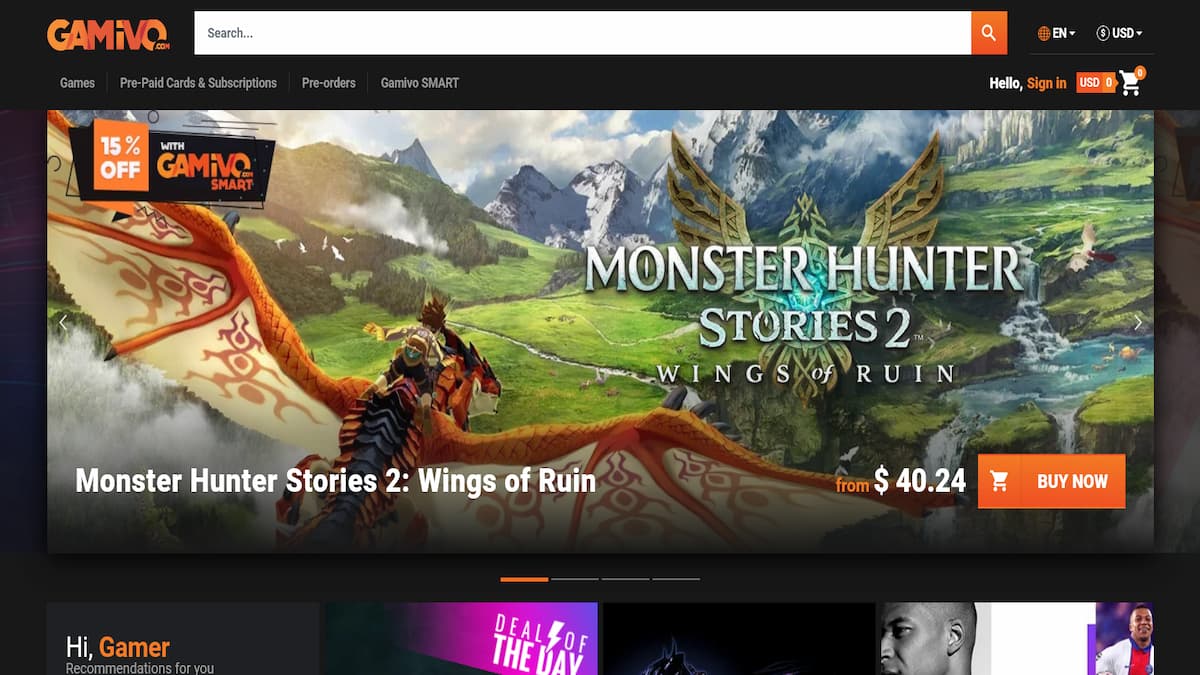 The demand for digital goods has resulted in the explosive growth of online marketplaces devoted to selling game codes. One of the benefits of there being so many of these websites is that there are plenty of other options if you have reservations concerning one. Though with any site, it’s important to practice due diligence, as there could be hidden issues that could pose problems later down the line.

Gamivo is one of the newer sites to grace the already competitive market. It mainly sells codes for PC games, gift cards, gaming subscription cards, software licenses, and even preorders. The site also offers a service called Smart, which charges a small fee every month in exchange for certain perks like buyer protection, customer service live chat, giveaways, and discounts.

In terms of both legitimacy and safety, it seems to be one of the more polarizing marketplaces. Any keys purchased from Gamivo are legitimate as you buy directly from them, though the source of its keys is a bit vague. Its Trust Pilot average rating is 4.2 out of five with over 17,000 reviews, yet it has a surprisingly low excellent rating of 75% and a high bad rating of 17%. It also asks for ID verification after your first purchase, which sounds like a good way to protect against fraud but also could open up customers to possible identity theft.

There also seems to be some controversy involving its Smart service. Many customers state that when they purchased through the site, they were charged a two-month subscription for Smart. Worse, it seems a refund from Gamivo or even PayPal is not possible, which means that buyers often had to eat the costs.

It seems that Gamivo is technically a legitimate site, but some controversies involving its Smart subscription would warrant caution, and it has an abnormally high bad rating. Of course, these are individual cases and may not likely affect your experience, but it’s good to play things safe when buying from the marketplace.