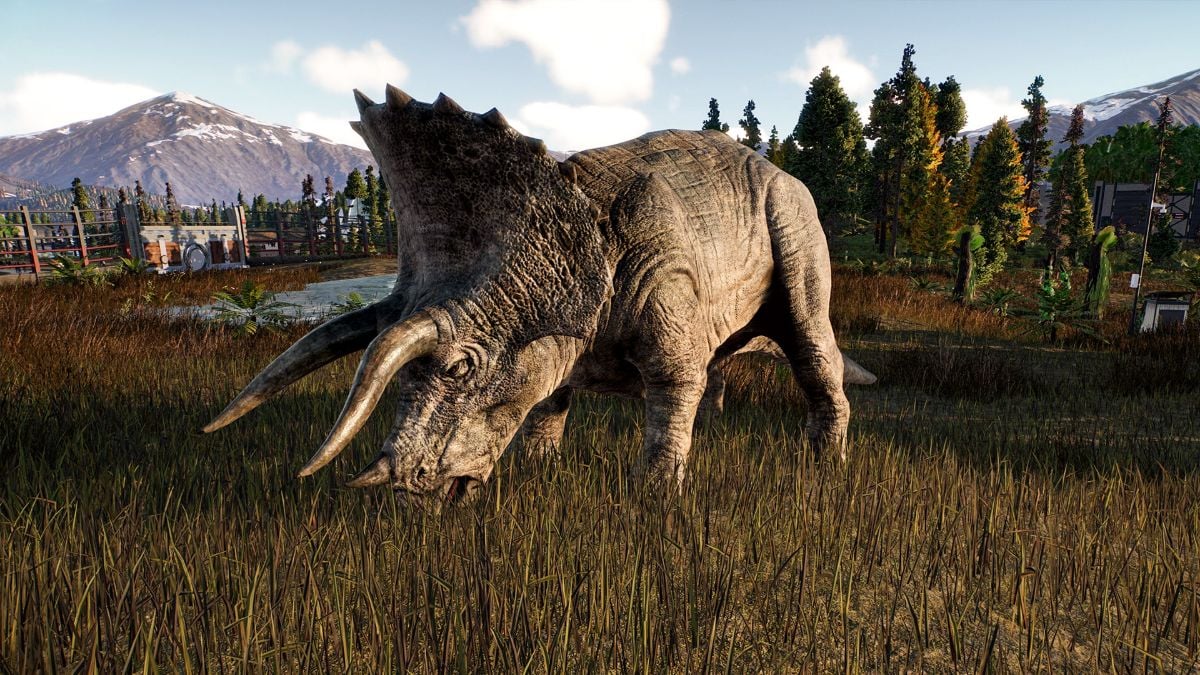 Frontier Developments managed to create a well-received management simulation game based on a beloved movie property, and now they plan to do it again with Jurassic World Evolution 2. The simulator genre that the game’s based on doesn’t often release on consoles, but the doors may have opened to new guests of the park.

Jurassic World Evolution will be releasing sometime in 2022 for the Xbox One, Xbox Series X/S, PlayStation 4, and PlayStation 5, in addition to PC (via Steam). As far as we know, it won’t be a scaled-back version either.

In addition to a new original story set after the 2018 movie Jurassic World: Fallen Kingdom, you’ll be able to create your own theme park with over 75 dinosaur species and watch them fight for supremacy over territory. Jeff Goldblum and Bryce Dallas Howard will also be reprising their characters in the game as they assist with your efforts to keep the dinosaurs at bay and conserve the existing environment.

Fans of the franchise will also be able to experience a Chaos Theory mode that twists the plot of the Jurassic Park films and creates what-if scenarios. In these levels, you have to think on the fly and tackle these challenges head-on. The new game will also be adding the ability to administer park teams and customize the buildings to your liking. There are also new biomes to set your park in forest-like and desert landscapes.