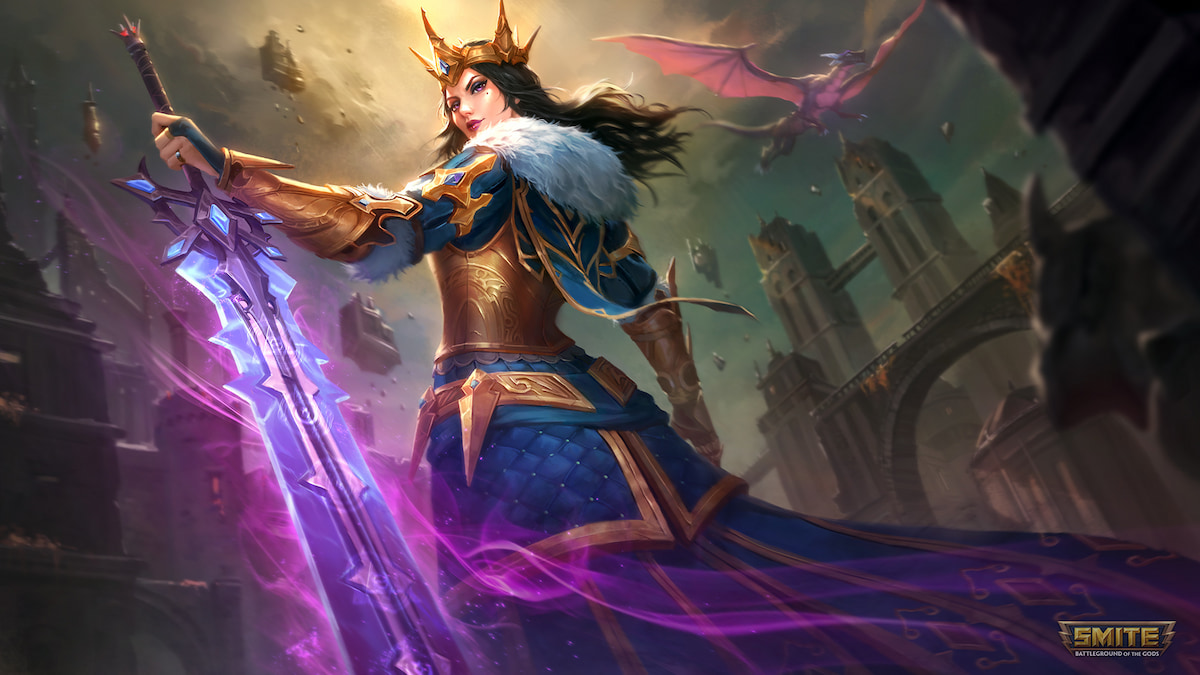 Morgan Le Fay joins the Smite roster as a mage, and she feels like a solid middle ground between the many carry mages and those that rely on their abilities. She relies on her abilities to augment her basic attacks, with each ability applying a unique mark to an opponent. With each mark placed, she gains a passive buff, and when she has all five marks active, she gains a boost in power, further enhancing her basic attacks. But the balance can be a little tricky to master to ensure Morgan does not rely too much on her basic attacks because her abilities are fundamental to her playstyle. What makes her good?

We’ve broken down her abilities and how each one of them applies a unique mark to an opponent. Her primary lane clear will be her second ability, Dragon Flight, while her first ability focuses on the enemy’s movement, slowing them down so she can catch up and corner them. Finally, to prevent them from escaping, she can use her third ability, Shroud of Wildfire.

With all three abilities wasted, her basic attacks will enhance the various marks applied to an ability. However, the big thing to make sure to remember about her is her reliance on her abilities and building her cooldown reduction. If you focus too much on her basic attacks and using the magic-based attack speed rings to enhance her attacks, you’ll be misplaying her.

The more cooldown reduction, mana, and magical power you give Morgan, she’s only going to become more deadly. Despite her basic attacks being enhanced by her abilities, those are just small bits of flavor to the real show of her useful abilities. Her first and third ability can be slow, with the first potentially changing it up depending on what you need her to use at that moment. Her second ability can be a knockup and pushback based on how close the enemy is. The real downside to Morgan Le Fay is that she does not have an escape. If she’s cornered, with her abilities spent, there’s little she can do to push an enemy away, which means getting close to her as often as possible to counter her properly.

Overall, she’s a strong addition to Smite’s roster. She’s going to be extremely overpowered when she launches into the game, and if she is, that’ll be corrected within the first month. Once she balances out and has been in Smite for a good amount of time, she’ll settle in as a favorite for several players. She’s not going to be automatically banned from every battle, though, but she’s a solid mage.