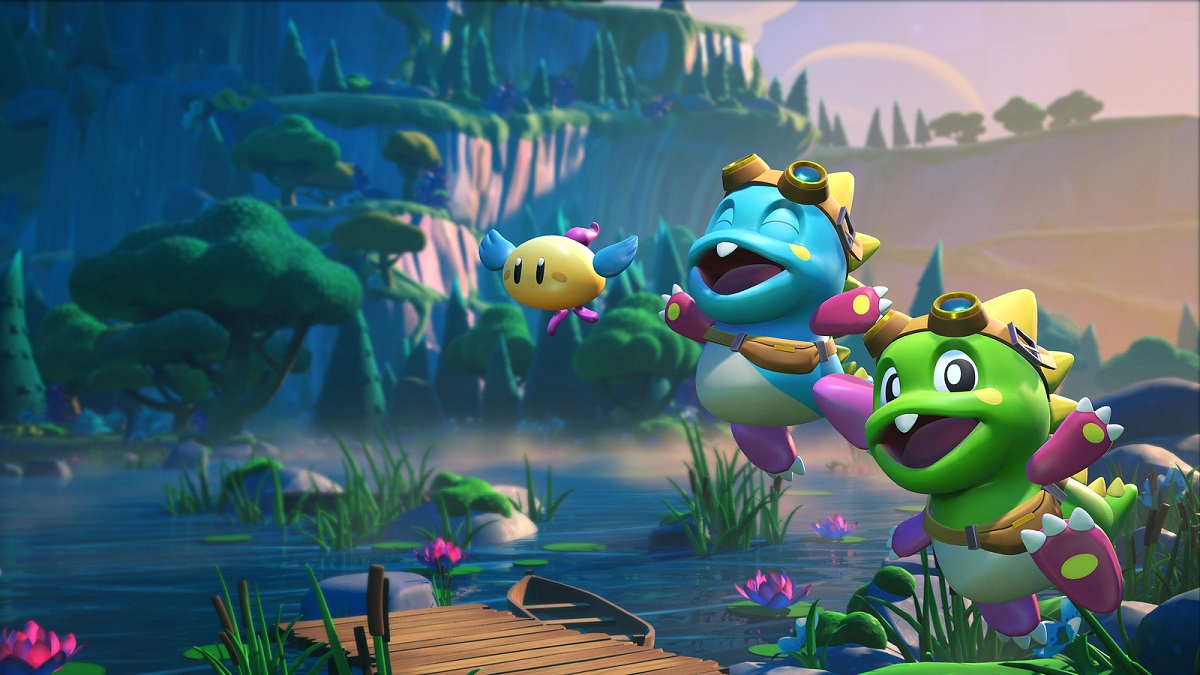 Image via Virtuos and Taito

Most grew up with Tetris, but this writer was the weird kid who loved Puzzle Bobble 2, also known as Bust A Move 2 in Europe, on the Nintendo 64. That same engrossing energy and charm is finally back in Puzzle Bobble 3D: Vacation Odyssey for everyone without the PlayStation VR headset. But, does the transition to 3D diffuse the nostalgic magic it once had?

The Puzzle Bobble series is known for its easy-to-pick-up puzzle gameplay in 2D. Each ball you send out is color-coded, and you have to match them up with three or more of the same color. The same concept has been brought onto Vacation Odyssey and as the title suggests, the series transformed with 3D in mind with this entry. To be honest, it should have stayed in 2D.

Without its initial VR offerings in a traditional TV setup, it’s simply awkward to play in this 3D format. For more simple puzzles, it’s completely fine. It’s actually really fun during these moments as you get some nostalgic blasts of bliss. There’s nothing more satisfying than seeing loads of balls flying off the puzzle. However, as the game shifts into more complex shapes and adds more movement, that’s when it gets tricky.

No matter how hard you try, the aiming of the ball flutters and looks like a badly implemented Wii Remote-operated game but with the analog stick instead. It hops from place to place sporadically and rather than relying on skill, you have to be lucky for the ball to hit its intended destination. The game plays as if the controller isn’t its intended method of input in these moments. It can be fun for a casual time, but if you want to proceed in the Story mode, you may have a tough run of it due to the lack of pinpoint accuracy.

Speaking of the story mode, it’s a bit of a stretch to call it that. It plays similarly to a mobile game as you complete each challenge and get a star rating at the end of it. Every once in a while, you’ll get a slideshow of pictures showing the emotions of the cute dinosaur protagonists, but there’s nothing more to it. It does feature a substantial 100 puzzles to finish, however, so there is a bevy of content available.

You also have an exciting Infinite mode that acts as a classic arcade experience as you try to stop the balls from entering a dark portal. You only have so much time to complete each puzzle, so get that done fast. It’s frenetic and will keep you on your toes. We weren’t able to try the multiplayer mode because we couldn’t match up with anyone.

Despite it playing like a mobile game in the story mode, the graphics are anything but. The dinosaurs are well animated within a vibrant art style and the environments in Puzzle Bobble 3D: Vacation Odyssey are stunning with some surprisingly in-depth graphical quality. The luscious palm trees, the gorgeous lighting, and the detail of the wooden planks are showcased beautifully, and this continues in the game’s other biome types.

We also love how the classic sounds and music from the original games are back in Puzzle Bobble 3D. The music is remastered in a delightful fashion, and the way the series has an announcer saying, “Ready, GO!” is back in full force.

If developer Survios can figure out the game’s sporadic aiming issues, Puzzle Bobble 3D: Vacation Odyssey is certainly worth checking out if you’re a fan of the classic games.

Disclosure: The writer was provided with two game codes for review purposes, along with a shirt and a custom DualSense controller.