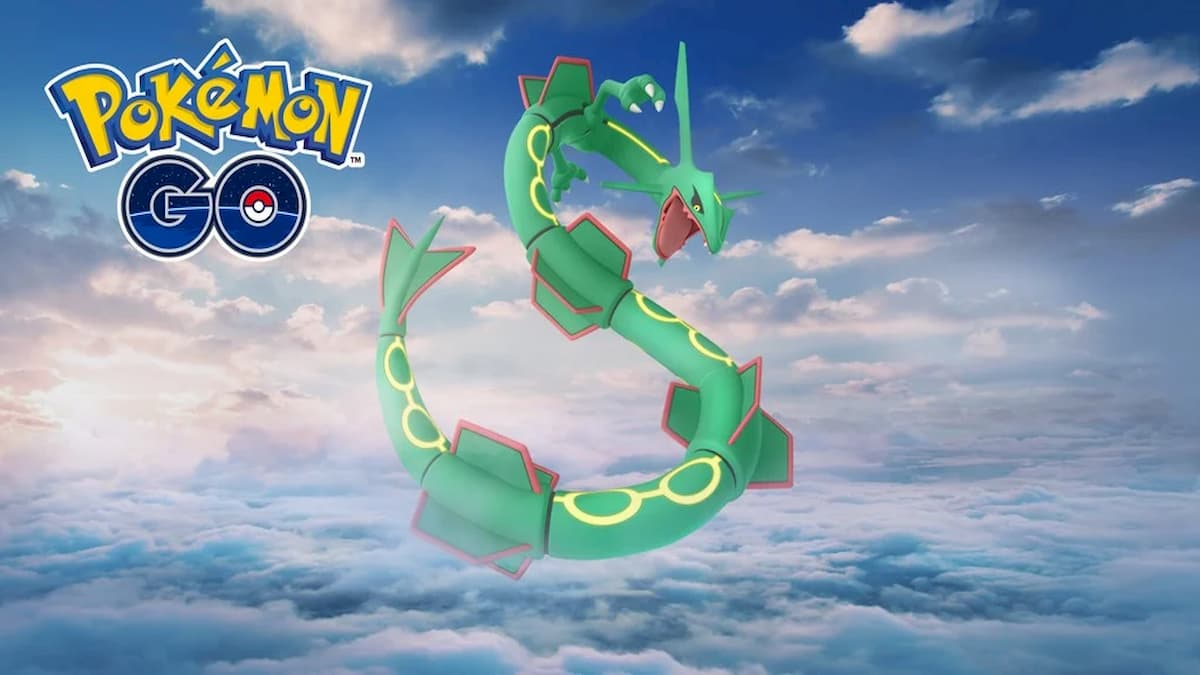 There are several stats you need to consider when picking a Pokémon to add to your roster in Pokémon Go, especially when you’re building a team for any of the Battle League categories. Most of the time, for the Master League, you can almost never go wrong with using a legendary Pokémon in your ranks. They’re hard to capture, and only show up for a limited amount of time. But not all of them are good. Rayquaza, for example, is a legendary Pokémon that struggles in the Battle League. Its overall stats are fine, but it lacks a great moveset, even when you give it the best moves it can learn.

If you want to use Rayquaza for PvP, you can, but it won’t go over too well. There are better Dragon-type Pokémon that are going to beat it in terms of damage, and its moveset is not the best. You’ll have a tough time breaking through several of the more meta choices, such as Melmetal, Dragonite, Gyarados, Excadrill, Raikou, Zekrom, Dialga, Mamoswine, and several others. It’d be decent to counter against Swampert, Groudon, Snorlax, and Garchomp, but other Pokémon can also do that, among others. Rayquaza is a hazardous choice.

Those who plan to use Rayquaza in the Battle League will want to try and farm XL candy for that Pokémon. A Rayquaza that’s been powered up by XL candy does far better than the base version, and you’ll be able to fight against some of the tougher opponents, even if it’s going to struggle with its bad moveset.

Regardless of how you use Rayquaza, we highly recommend you use it for PvE raids. Rayquaza does quite well in these situations, at least, far better than it would in PvP. You want to teach it the exclusive charged move hurricane to do the most damage in these raids.

If Rayquaza were to receive a moveset pool adjustment, it would do far better than it does presently. Even a new fast move would give it a fighting chance against other Pokémon. Unfortunately, as it stands, it’s difficult to recommend Rayquaza to trainers wanting a Dragon-type Pokémon in the Master League team.