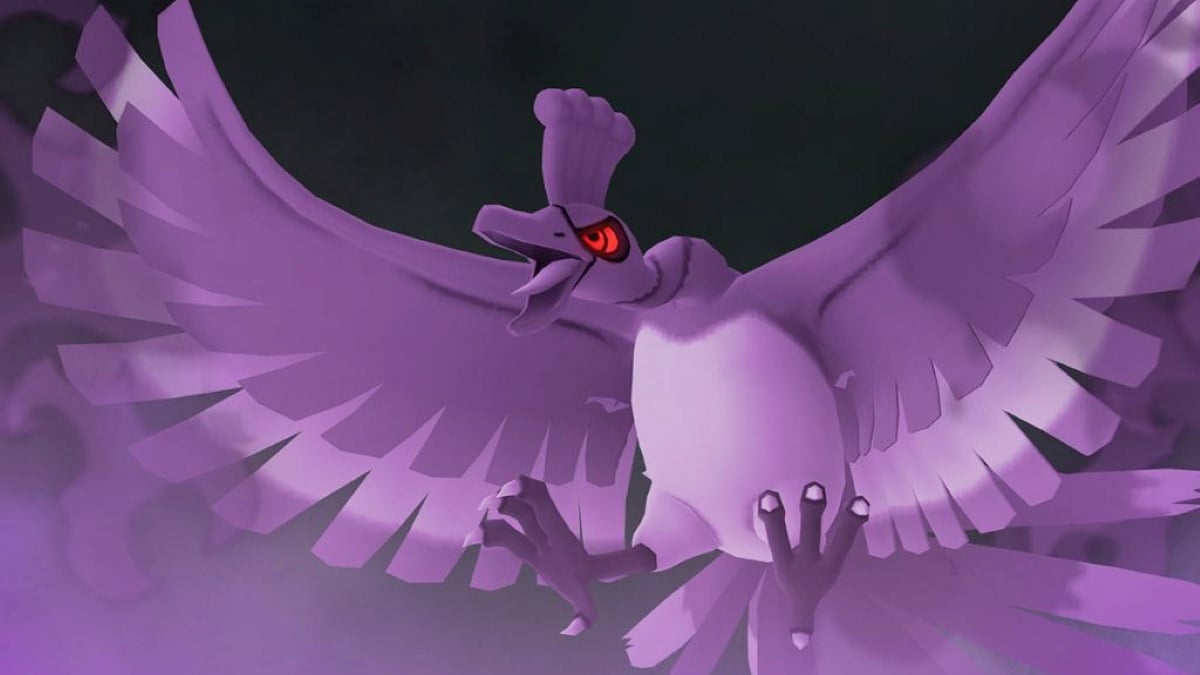 The shadow legendary Pokémon in Pokémon Go are an even rarer sight than its original counterparts. These Pokémon are difficult to capture, only available every so often. The most common are Articuno, Zapdos, Moltres, Raikou, Entei, and Suicune. Everyone wants to go after shadow Mewtwo, easily one of the toughest Pokémon in the game to fight in the Master League, and joining it is shadow Ho-Oh. The shadow version of Ho-Oh is making its debut in the Seven-Colored Shadow special research project and has been captured by Giovanni.

Shadow Ho-Oh is a Fire and Flying-type Pokémon. It will be weak against Electric, Rock, and Water-type moves, but it is resistant against Bug, Fairy, Fighting, Fire, Grass, Ground, and Steel-type attacks. Ho-Oh is considered one of the bulkier Pokémon in Pokémon Go, and even in the Master League, it can be difficult to defeat unless you built a team to counter it directly.

Like all shadow Pokémon, Ho-Oh’s attack stat will be increased by 20%, but its defenses will go down by 20%, which is not the worst thing in the world for this Pokémon. Having even more attack power in the Master League makes it a formidable opponent. The problem with shadow Ho-Oh is that anything that can already counter the standard Ho-Oh will decimate the shadow version. With the lowered defenses, it will struggle against several match-ups, especially when fighting, Garchomp, Snorlax, Swampert, and Regice.

When you place the standard version of Ho-Oh against the shadow version, the two are extremely similar. If you want to go with a safer choice, the standard version of Ho-Oh can already do exceptionally well in the Master League. For players who want to take a few risks and prefer to use your shadow Ho-Oh as a more aggressive Closer Pokémon, you want to stick with shadow Ho-Oh. The regular Ho-Oh will do much better as a reliable Lead Pokémon.

Overall, shadow Ho-Oh is just as good as the regular version. Because of its lowered defenses, you want to be careful when using it and consider your team before throwing it into a fight. Shadow Ho-Oh will be a much more aggressive final Pokémon in your roster when you use it in the Battle League, but if your opponent is capable of countering Ho-Oh, there’s little you’re going to be able to do to stop them from winning.