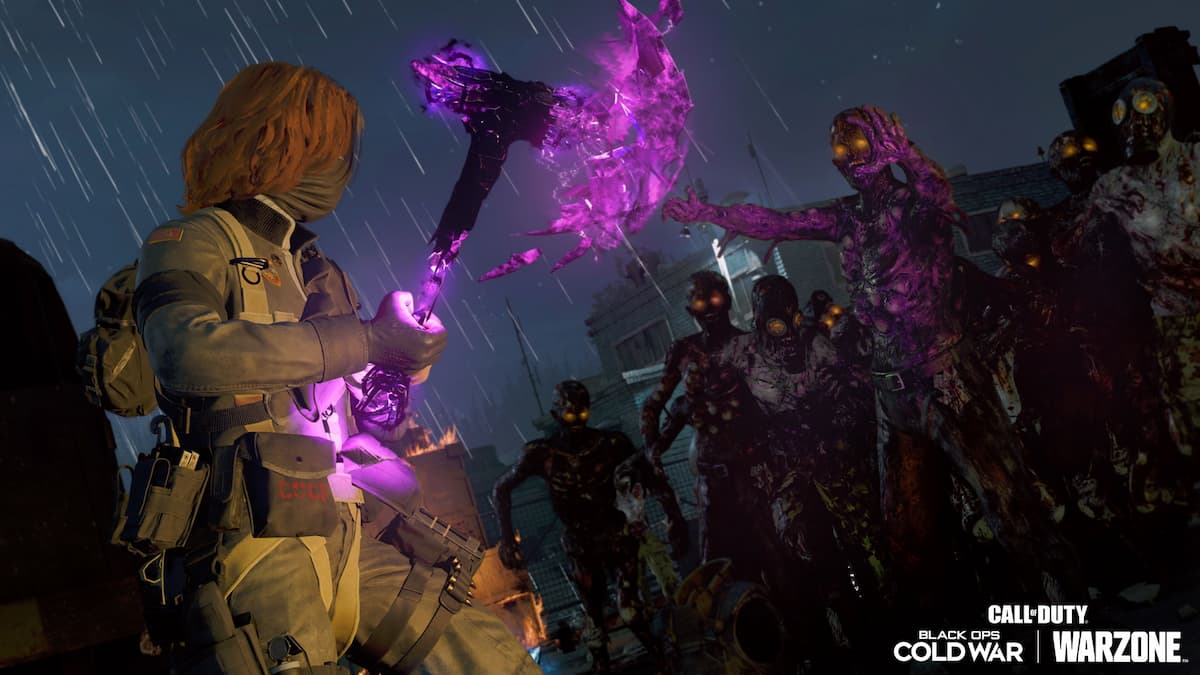 The Chrysalax is the wonder weapon associated with Call of Duty: Black Ops Cold War’s final round-based Zombies map, Forsaken. As is the case with other wonder weapons, the Chrysalax has different abilities and properties to make it stand out from the typical gun you will use on the undead. Is it worth your time, though?

To keep things simple, yes, the Chrysalax is very good on the Forsaken map. It is one of the most powerful wonder weapons we have yet to see in any Call of Duty Zombies map ever.

The Chrysalax has two forms you can swap between any time you want, a gun form and an axe form. The gun form essentially functions as an SMG with a very high fire rate and not the greatest hip-fire accuracy. However, since all enemies will be running towards you, that is not much of an issue.

In the axe form, you swing it back and forth furiously and have the power to send out a separate axe that will spin and stay in the location as long as you hold the button down. While there is no limit to swinging the axe, this alternate fire has an ammo reserve.

Both forms of the Chrysalax have incredible damage, easily taking out any special zombies within seconds, especially after Pack-a-Punching it. They also essentially could never run out of ammo. In axe form, enemies will drop Volatile Crystals, which refill the gun form, and the gun form can crystallize zombies and make them explode and drop Energetic Shards that replenish the axe form’s alternate fire. Also, if you have the melee upgrade where melee kills give you health, you will essentially be invincible.

We highly recommend trying to get the Chrysalax if you are going for a high-round run in Forsaken. The only real downside to the weapon is swapping in-between the modes is slow, so be careful not to get caught trying to change in a corner with zombies on you. Aside from that, this weapon will likely carry you as far as you want to go.