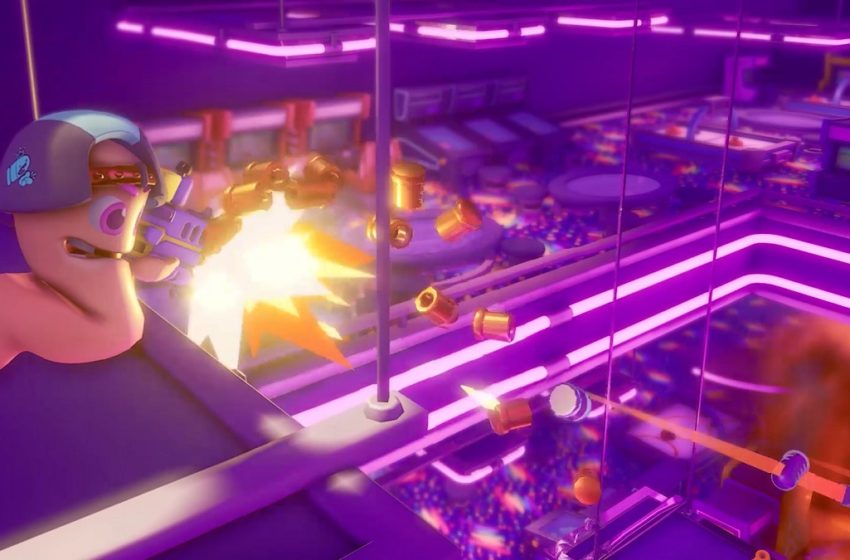 The battle for wormly supremacy has just got real, as Worms Rumble offers real-time combat for the first time in the series history. With the new game, players will be able to move around the maps freely in real-time while also taking out other worms with a variety of weapons from the series’s history.

The early beta for Worms Rumble gives eager players who signed up a chance to try the game, with access to the Missle Mall arena map, and a limited set of weapons, including the iconic bazooka, assault rifle, and baseball bat, along with many projectiles including the banana bomb, and the much loved Holy Hand grenade.

The beta is also currently limited to playing the game in Deathmatch mode. This means that beta-access players can join match matching for a game of fragging their enemies as much as possible over a short period. However, the initial announcement trailer confirmed that the full game will also include a Battle Royale mode, where the aim of the game is survival of the fittest.

Unfortunately, for the beta, at least, you will only be able to play the Deathmatch mode. While publisher Team 17 may decide later in the beta to open up the Battle Royale mode for the game, there are currently no plans to do so, and the beta is used, as most betas are, which is to help identify bugs within the game and to stress test the game’s network play.

For those looking to test out the Battle Royale mode during the beta, the only recommendation is to check the game periodically for any changes to the beta setup. Until then, you and your fellow beta players will have to make do with simply obliterating each other.