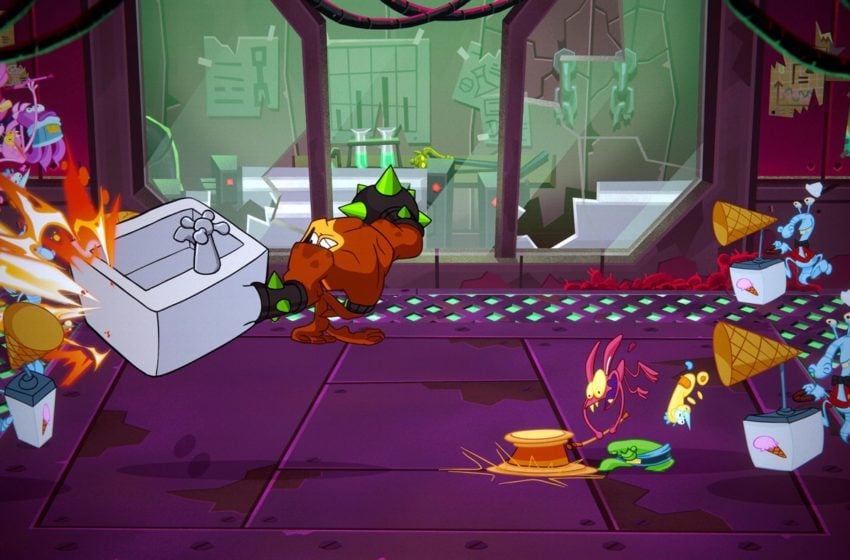 Battletoads’ August 20 release date is drawing near, so it’s time to start preparing your toad squad. The 2D side-scroller beat ’em up, which launches on PC and Xbox One will allow up to three players to team up and take the fight to the enemy, hilariously, of course, so we know multiplayer will be supported from launch day.

What most players don’t know about, however, is whether Battletoads has online multiplayer functionality. Rare and DLaLa Studios, Battletoads’ developers, have revealed that the game will support couch co-op, but there hasn’t been any indication about online support. Does Battletoads has this feature then?

Given that online multiplayer is the most popular way for people to play games with their friends, it’s baffling that Battletoads wouldn’t have online multiplayer functionality. This is even more surreal with the Covid-19 pandemic showing no signs of slowing down as gamers can’t go around to their friends’ homes to play Battletoads in local co-op.

Hopefully, DLaLa and Rare will patch through an online multiplayer mode post-launch. After all, there should be an audience for it, and they may have plans to add online multiplayer in down the line. If we hear anything more concrete in the meantime, we’ll let you know.