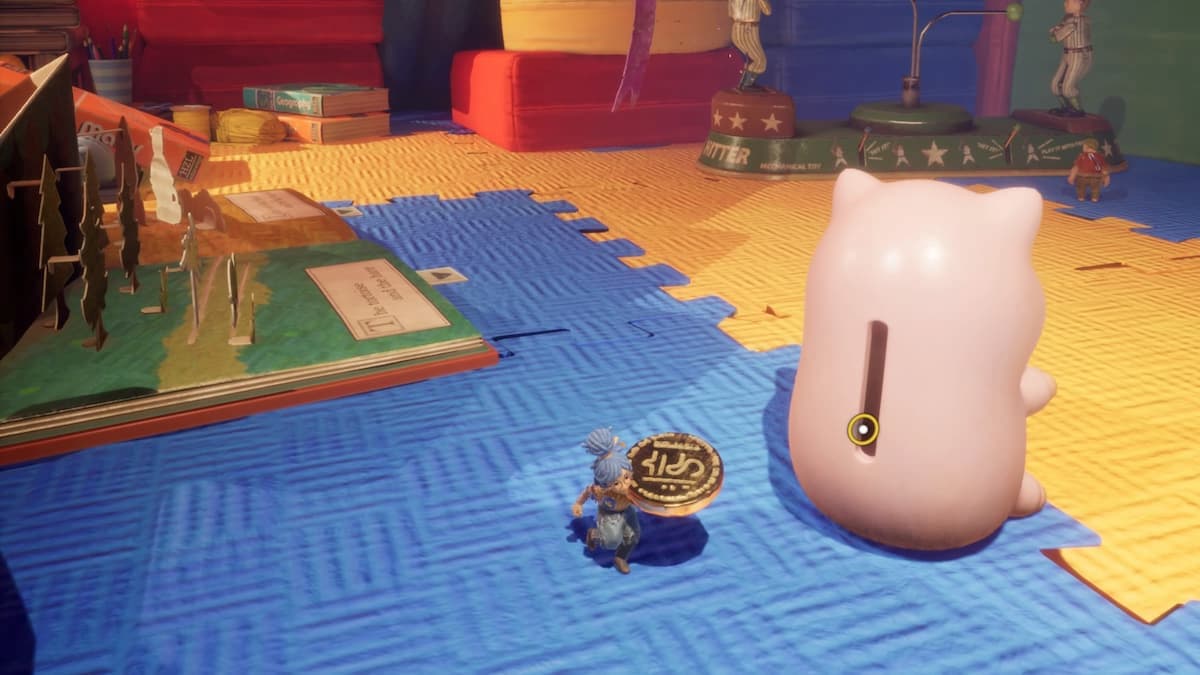 The strangely satisfying feeling of filling a ceramic piggy bank with tons of coins, then breaking it into pieces is one that plenty of people wish they could indulge. And this simple Break the Bank achievement in It Takes Two lets you do just that. The groan-worthy description reads: “Guess it was time to cash out.”

During the Rose’s Room section of the game, after you get past the ball pit waterfall and jump to the next area, is a little section filled with tons of toys and knickknacks. Right next to the Loose Tooth Toady game and the Batting Team minigame is a small pink piggy bank. There are coins scattered around it that you can pick up and put inside through the coin slot, and once that’s taken care of, you can ground pound the bank and smash it to pieces for the achievement or trophy.

Though the initial satisfaction is indeed there as soon as you do it, it does feel pretty mean-spirited to destroy an innocent little toy. And the characters don’t make you feel any better about it either. At least you didn’t have to do it in real life to say that you got the chance to do it in the first place.