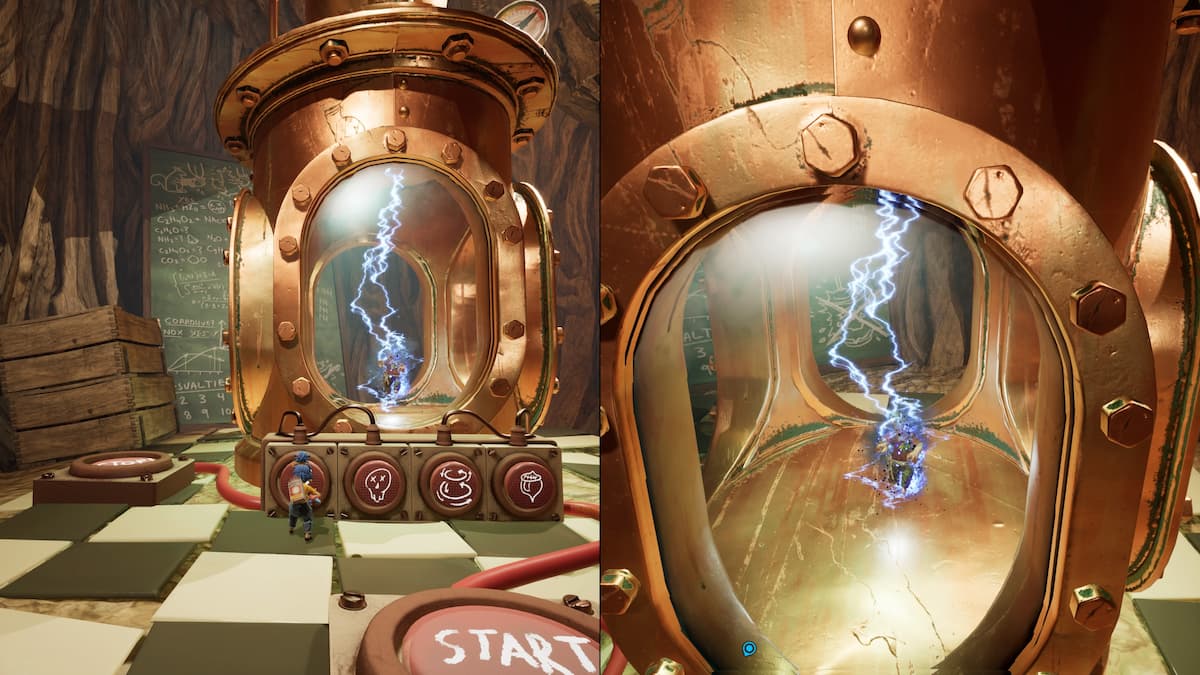 As charming as It Takes Two can be, this story of cooperation and relationship dynamics takes a few left turns at times and becomes surprisingly dark. This is no more evident than in The Tree chapter of the game, which features an army of squirrels who recruit May and Cody to basically massacre an entire society of wasps. One such segment of this story chapter has a little Easter egg, and it gives you an achievement or trophy called Fried Friendship. The achievement description reads: “It takes two to… torture.”

After completing a puzzle in the chapter section titled Captured, one that involves a number of plus-shaped turbines that Cody has to help May across, go to the right after going through the subsequent doorway. You will see a blue fence and a button that says “START” on it. Your squirrel allies will tell you via walkie talkie to ignore this button, but as curiosity wins over all, you are going to ignore these heeds. Ground pound the button, and whichever one of you does so gets sucked in by a vacuum and into a torture device for the squirrels’ wasp enemies.

Whoever is outside of this torture chamber will then have a number of options for enacting grief and bodily harm on their partner. There will be red buttons for four different options: shock them to death, incinerate them, spin them around at high speeds, or the most oddball option of transfiguring them into an acorn to be brutally crushed. None of these are particularly pleasant, and the fact that this is a couple who at their core is seeking catharsis, it’s a troubling, albeit darkly comedic scene.

Hit the “STOP” button on the side to release whoever is stuck in the chamber, and you should have earned the Fried Friendship achievement by then.