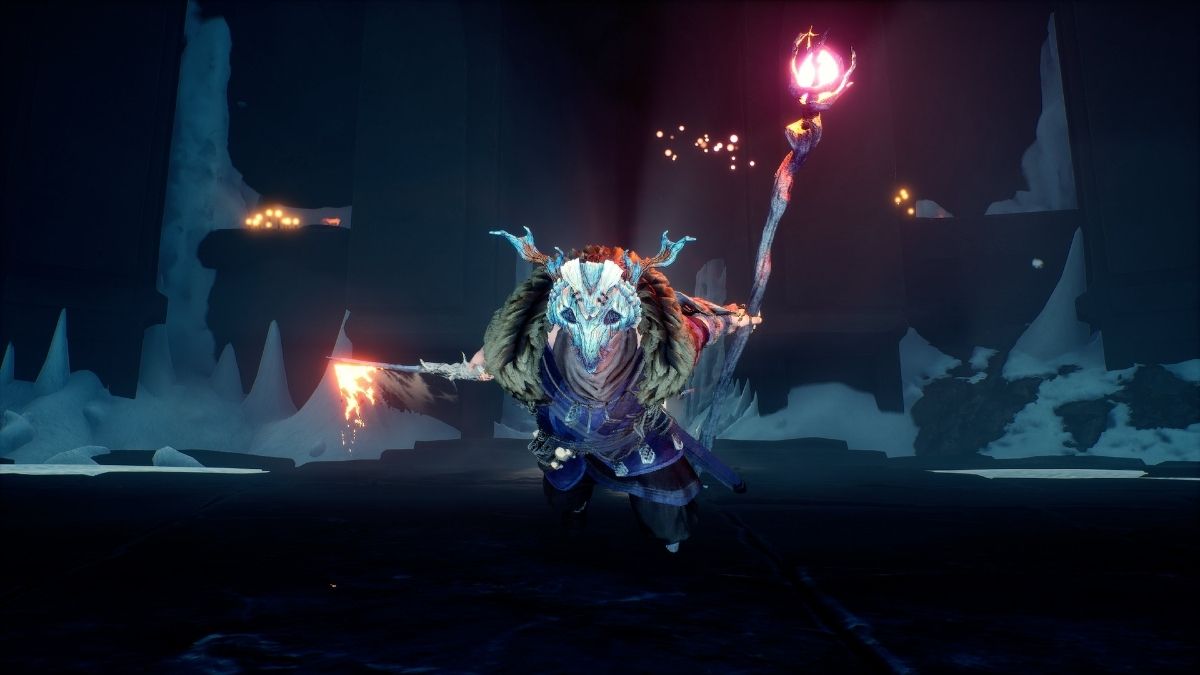 You’ve finally defeated the Warrior, Hunter, and Mask Maker. That means it is time for a rematch against Toshi. He won’t go down easily though. This boss uses techniques from all three of the bosses you fight leading up to him, making him a force to be reckoned with. Here are some tips to defeat him.

Corrupt Toshi will typically start the fight off with an AOE energy sphere that you must dash through or get hit. After this, his attacks are mainly melee-focused with the occasional ranged attack. Starting off, his main attack is a three-hit combo. This attack is fast and hits hard. Learn the parry timing for it or keep dodging until it is over. Trying to guard through this attack will leave your shield broken.

He has more sword combos that happen in different directions. Each of these is typically over after three or four attacks. Keep this in mind while dodging. Many of these attacks can be jumped as well since he tends to swing low. Occasionally, Toshi will teleport. Keep track of him. This is one of his ranged attacks. He will rise into the air and rain arrows down on you from afar. These are easy to dodge but do have a small AOE.

Toshi has two other ranged attacks that he uses. One of these is typically used up close. He will lean back and use his staff like a bow (just like you do for your Spirit Bow). He will fire two shots that both have an AOE. His last attack requires him to teleport again. He will lift himself up into the air and throw his staff into the ground. This will cause a wave of ice to hit you.

One of the biggest tips is to be aggressive. Toshi may hit hard and hit fast, but he is also easily staggered. Hitting him with heavy and running attacks will stagger him slightly, even stopping some of his attacks. While confronting him with melee attacks, it is important to know his parry timing. He has multiple attacks that are easy to parry and this can work out in your favor especially if you have the Parry Upgrade.

Whenever Toshi disappears, watch his head. His ranged attacks leave him vulnerable. Hitting him in the head whenever it glows yellow will result in him getting stunned for a short while. This is a great opportunity to use attacks like your Rot Spirit Hammer.

Toshi stands out amongst other bosses because he has the ability to block your attacks. Avoid firing arrows at him when he isn’t using a ranged attack. He will often reflect the arrows back at you. Toshi will frequently guard against your melee attacks as well. When he starts to block these attacks, stop and wait for him to retaliate. He will usually use the same move after a block and it is easy to parry to get extra hits in.