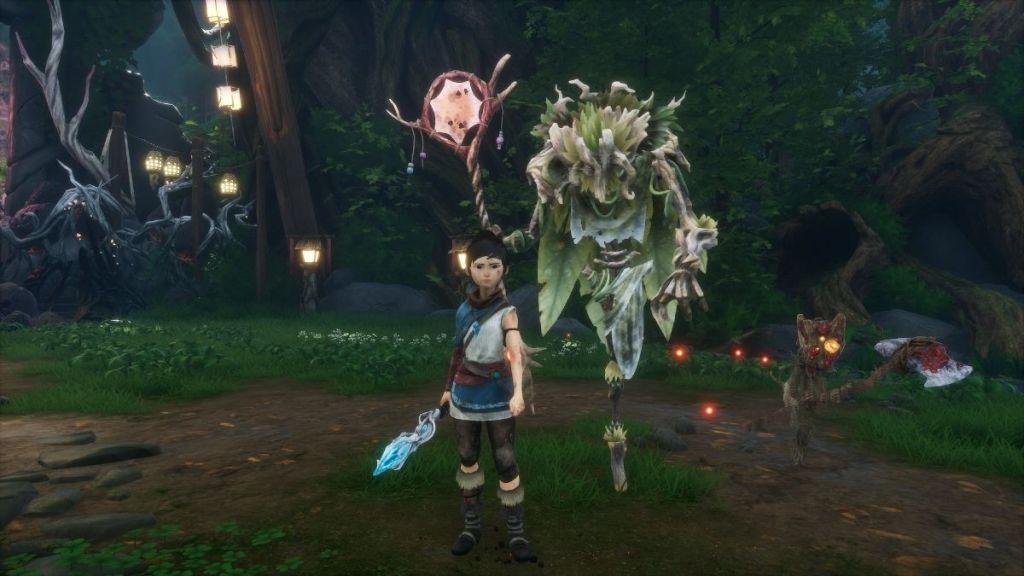 You’ve taken down the Sprout Captain and are heading to the next area of the Forgotten Forest when you are met by another boss; the Mage. The Mage is different than other bosses you’ve encountered up to this point and uses spells to summon allies and heal themselves. This can be a little daunting at first, but with practice, you’re sure to get through it. Here are some tips to defeat the Mage.

The Mage will start the battle by using what appears to be an area-of-effect spell. When the Mage’s staff glows red and he taps it on the ground, three enemies will spring forward. These are all little enemies and don’t pose much of a threat unless they gang up on you. Make sure to deal with them though because he can summon multiple groups if left unchecked. When dealing with the Mage up close and personal, he will periodically swing his staff in retaliation. This is easily dodged by jumping backward. The real problem is when he uses his other spell. His staff will glow red and he will launch a red projectile from his staff that follows you around the area. You can easily destroy it by shooting it with your bow. The little enemies can also destroy it if they happen to hit it with one of their attacks. The last spell you will have to worry about is a healing spell. When the Mage’s staff glows green he will heal.

Tips to defeat the Mage

The Mage is easily taken down using the bow. At the start of the fight, you will be able to get a few shots in before he casts his spell. You can also use this time to melee him if you’d rather do that. The real fight begins after his allies are summoned. Take them out quickly so you can focus on the Mage. If using melee attacks, pay attention to when he raises his staff to swing. Dodge backward when necessary and avoid the red orbs. Whenever a red orb is summoned, dispatch of it with your bow. We recommend unlocked the Focus ability so you can slow down time and make the shot easier. Save your Rot Abilities for when the Mage decides to heal himself. You can only prevent him from healing by holding him with your Rot Spirits.