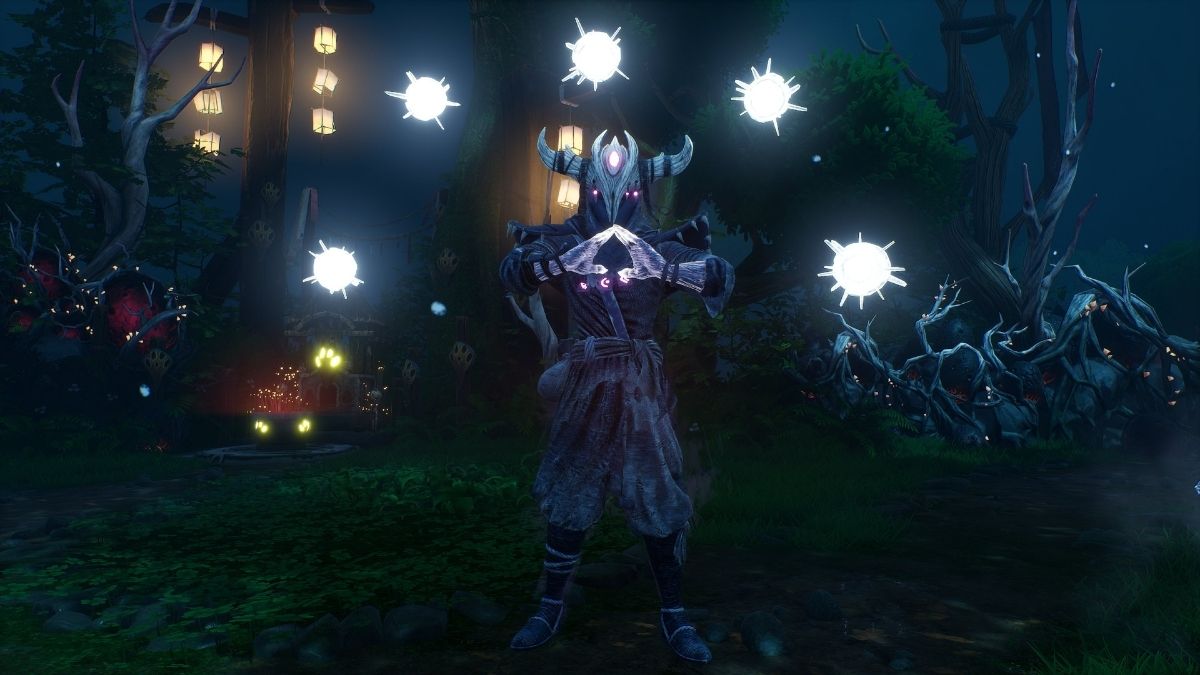 You’re finally nearing the end of the game when you come across the Mask Maker. This boss is reminiscent of Dark Souls for a few reasons. He moves quickly and casts spells that appear to be sorceries. You will need to be light on your feet and keep track of this boss when he teleports. Here are some tips to defeat him.

At the start of the fight, you will see him disappear and teleport directly next to you. The boss almost always starts off doing a three-attack combo with what looks like the Farron Flash Sword. Dodge or parry this and get ready for the tricks to begin. This combo attack will come back, but it is not used very often unless you get unlucky as we did on occasion.

The first trick the Mask Maker has up his sleeves (besides teleporting) is a homing spell. This looks similar to Homing Soulmass from Dark Souls. It is a group of five white orbs that appear over his head. These are pretty easy to dodge as long as you keep on the move. You can also block through them (though you might get hit). The second trick is what we will call his box of fun (for him that is). Watch for pink lines that appear on the ground. The Mask Maker will trap you in a box and clones of him will appear. They will start spinning around you. Fire arrows at them until you hit the real one. This will stun the boss for a bit.

There are two more tricks to watch out for. When the Mask Maker glows blue, he will summon some small enemies to join him in battle. These are easy to take out since you’ve fought hundreds like them already. The last trick is a massive orb that expands across the ground. This is easy to avoid by dashing through it.

Tips for defeating the Mask Maker

There is a nice trick for catching and holding the Mask Maker for a short while. Whenever he decides to stay in place for a second, throw a Rot Bomb at him. If you have that upgrade, it will stick to him and stay with him even if he teleports. When he reappears, it will trap him in place for a short time. This will allow you to get some good hits in before he disappears again.

It is hard to track the Mask Maker whenever he is teleporting, but if you happen to get caught in his box of fun, you can hit him with an arrow to knock him down for a bit. It is hard to tell which is the real one, but two things make a difference; color and transparency. The wall around the real one is slightly more transparent than the others and the real version of the boss has a little more color than the others.

We recommend having all the Rot upgrades to make damaging the Mask Maker easier. The Rot Arrows probably do the most damage out of them all. Those combined with the Rot Bombs will make the fight much easier. Keep on your toes and try to get the parry timing down for his combo. It is a real lifesaver.