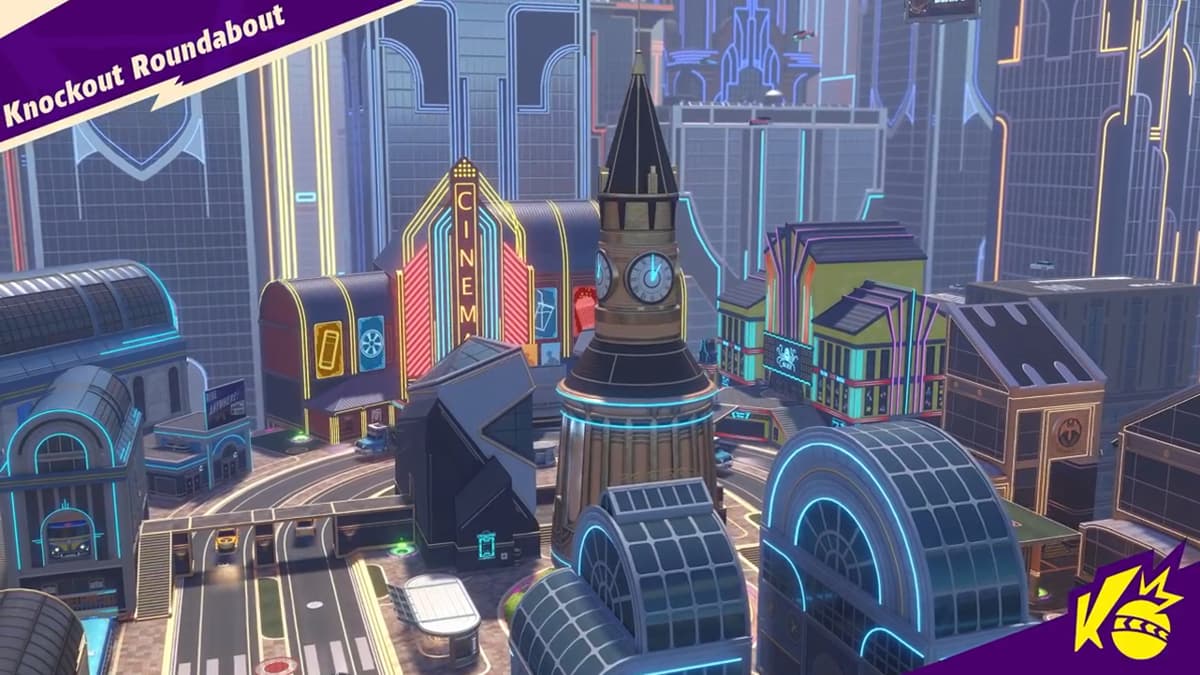 Knockout Roundabout is a bustling traffic zone in Knockout City that will have your team dodging cars while assaulting any enemies with dodgeballs. This map is very flat for the most part, with only a couple of elevation changes dotted in specific areas. If you are not paying attention, you can easily be thrown off your game from hiding enemies or being struck by vehicles. Here are some tips to help you have a better competitive chance in Knockout Roundabout in Knockout City.

Use the cars as cover

The streets of Knockout Roundabout are littered with vehicles stuck in a neverending loop. It must be an actual hell for the drivers. That being said, you can easily use these cars to your advantage in the heat of battle.

With the cars always moving in the same clockwise rotation of the map, you can quickly move behind one when an enemy throws a ball at you. Unfortunately, we do not recommend hopping on top of the cars because they move too slow to give any benefit there, but using the environment around you, you could lead an enemy into the front bumper, which will send them flying and leave them open for an attack. Beware though, they will not drop any ball they are holding from being hit by a car.

Avoid the middle of the map

The middle section of Knockout Roundabout is not a very tactically advantageous spot for anyone in the game to hold down. There is a small death pit here, but the real danger is how wide open the area is for attacks, including ultimate throws raining down from above. You are honestly better suited to adapt to any attacks either in the traffic or on the outer portions of the map.

Lob throws have a better chance of hitting

While we do recommend using passing vehicles as cover, they leave room for a good lob throw. With the moving traffic, a curved throw has a much higher likelihood of striking a passing car. On the other hand, lob throws can just pass over the roof of one and strike an unready opponent. Lob throws are not just good for traffic situations, though. They can significantly affect players in the lower portion of the map that dips below the street, making this arguably the best map for these throws.