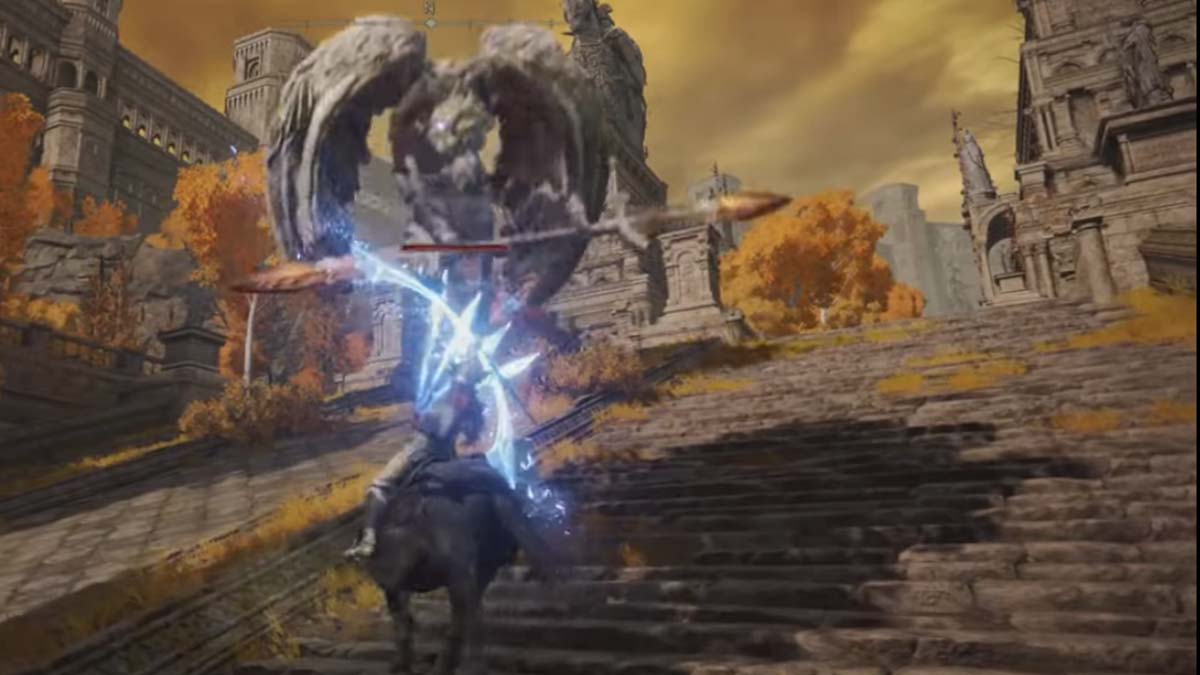 If there’s one great leap forward that Elden Ring has made over its predecessors, it’s the amount and variety of spells and sorceries throughout the game. They range from fire casting, to sword spells, to blood magic, to more sword spells, to the embodiment of death itself, to even more sword spells, but also bow and arrow conjuring with Loretta’s Sorceries to really shake things up.

Loretta’s Greatbow and Mastery are dropped by the two Loretta bosses in Elden Ring, and primarily scale off of Intelligence and aren’t boosted by any specific staff but can still benefit from either Azur’s or Lustat’s Glintsone Staffs which reduce cast time or increase the power of spells depending on which you choose.

First up we have Loretta’s Greatbow, which fires a magic arrow from a conjured bow that can be charged and requires 26 Intelligence to cast. Loretta’s Greatbow Sorcery is dropped by the Royal Knight Loretta after she is defeated in Caria Manor and is a great mid-game, long-range, single-projectile sorcery.

Second is Loretta’s Mastery, another bow spell, but this time fires four arrows from a conjured bow that can also be charged. Loretta’s Mastery is dropped by Loretta Knight of the Haligtree after defeating her to the north of Miquella’s Haligtree.