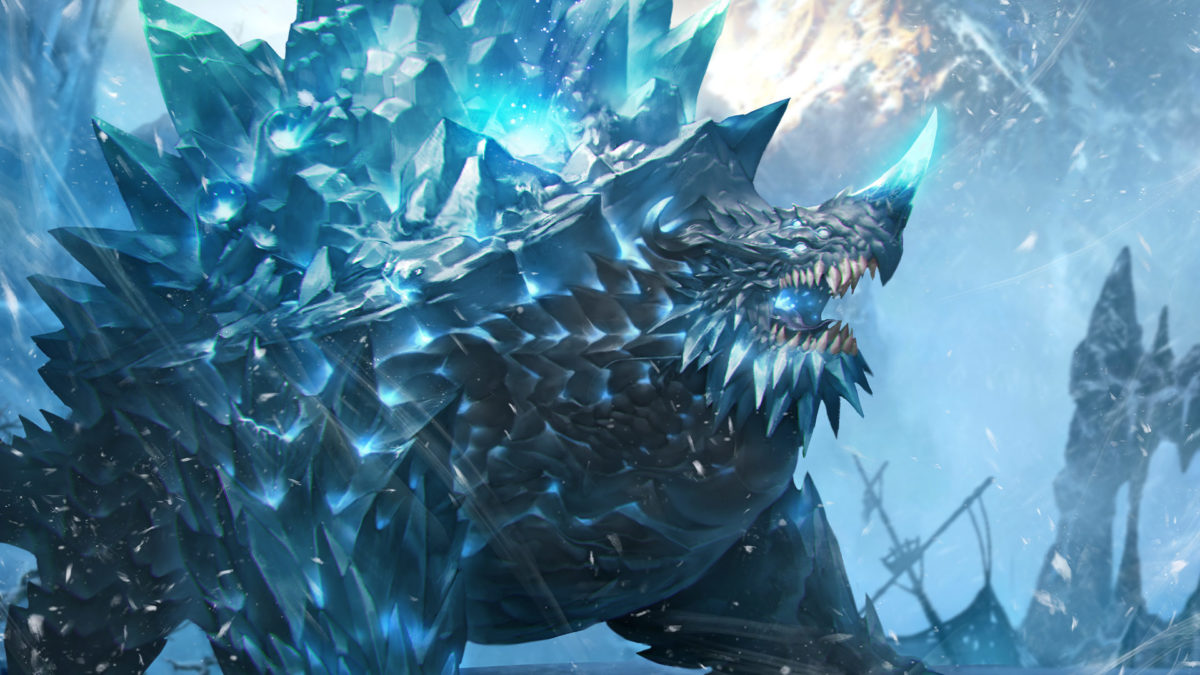 The Lost Ark June Update brought tons of new content available for high-leveled players to challenge, including a brand new Guardian Raid that will freeze your pants off. We mean that literally, as Kungelanium has a variety of attacks that will stop you in your tracks. Following up Deskaluda is this ice turtle boss, Kungelanium, that offers greater rewards but a greater challenge compared to Deskaluda.

To battle Kungelanium, you need to be Item Level 1,460 and above. This is the second Guardian Raid that drops Tier 3 Relic level Ability Stones and Accessories, so it’s important to farm this boss every day if you are able to. For items, we recommend bringing Destruction Bombs, Panacea, Corrosive Bombs, and Flares.

Kungelanium has numerous phases with different things to keep in mind while fighting the boss. Bring tons of Destruction skills to get through the first phase, and then learn his attacks to get through this boss with minimal deaths.

Kungelanium starts the fight with a heavy shell of armor that you need to use Destruction skills and Destruction Bombs to remove. The fight will not progress until you remove all of his armor, and the boss takes reduced damage while armored as well.

Have one player toss a Corrosive Bomb to increase the power of your Destruction skills. Remove all of the armor as fast as you can. Once Kungelanium’s armor is removed, you have a brief period of time to deal significant damage. Following this, Kungelanium will go invincible and teleport somewhere random on the map. Use Panacea to keep Kungelanium at the same location.

During this mechanic, Kungelanium will occasionally begin to eat ice at his location. While he’s doing so, you can use Stagger skills to Stagger Kungelanium.

Kungelanium’s attacks will inflict a debuff that stacks up to 5 times. Too many stacks and you will be frozen in place. These attacks include Geysers, falling Icicles, and an Ice Breath that applies numerous stacks at once.

Kungelanium erects Ice Pillars that trap you in a barrage of attacks if you do not break the pillars and escape. There is usually a couple of pillars that will automatically break, but if you are not near them, you should destroy the Ice Pillars to avoid taking extreme damage.

His first mechanic sees Kungelanium burrowing into the ground. If you do not counter Kungelanium, he will fire icicles at your location that deal significant damage if you do not dodge them.

His second mechanic sees Kungelanium lifting his feet, charging forward after. If you do not Counter Kungelanium and get caught in his attack, you will get dragged and flung away.

Kungelanium covers your screen in a deep frost which decreases your movement speed. This frost will deal tons of damage to you if you do not clear this mechanic properly.

Geysers spawn on the North, South, East, and West of Kungelanium. Find one of these geysers and step on them, which will Freeze you and leave you immune to the Frost damage. Do not cleanse or Panacea this, or you will take damage.