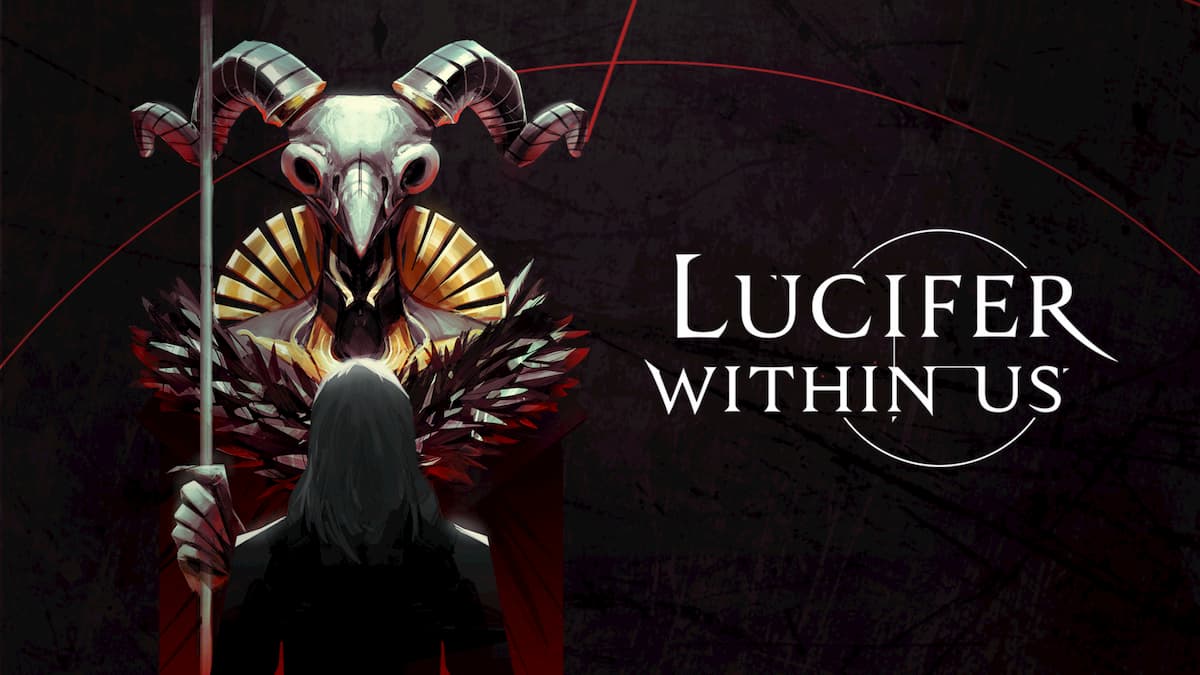 Detective work and exorcism intertwine in the twisted future of Lucifer Within Us. The title from Kitfox Games imagines a blend of the digital and spiritual, putting you in the shoes of digital exorcist Sister Ada as she unravels the mysteries behind some devious murders. Like other mystery games, Lucifer Within Us will have you search for evidence, interrogate witnesses for their testimonies, and crossreference these clues to find contradictions. The tools that Lucifer Within Us are rather unique, so here are some tips to help you get started.

There are four main components to solving every mystery. You’ll have to uncover the following:

You, as Sister Ada, will have all the time you need to explore the crime scene and talk to Suspects. Physical Evidence is fairly straightforward to find — freely walk around the scene and click on objects to observe them. They will have glowing outlines around them and a description. Be sure to read it carefully, as even the tiniest details will be important as you interrogate suspects. Leave no stone unturned — there are more clues to find than you initially believe there to be.

Discovering Psychological Evidence is less straightforward — these come about while interrogating Suspects and gathering their Testimony. After finding contradictions from a Suspect while conversing with them, their Eye of Providence will glow; click on it to look into their Sanctum, which is a digital representation of their mind. You’ll uncover a personality trait that will give you insight into which of their statements to trust or not.

Testimony and the Timeline

As you speak to a Suspect, you will have a Timeline to aid you. Think of it as the movie Rashomon, giving you different perspectives, but in the form of a video editing software program. You can scrub through this Timeline and look through the Suspect’s recollection of the events that transpired and led to the murder. The Timeline is divided into different sections, all appropriately labeled. You can click on any of these segments and hit the Ask button that appears to get some additional details about this portion in time.

You can also Present any pieces of evidence from the bottom left corner of your screen; ask about their thoughts on Physical Evidence or other Suspects to help flesh the case out. You will want to be looking for contradictions — is there anything in a Suspect’s testimony that is incompatible with the evidence you found? And as you speak to different Suspects, are there any parts of their stories that don’t match up? Perhaps a Suspect claimed they were alone when they weren’t, for example. Hit the Contradict button and present a piece of evidence that proves them as a liar.

When looking at the timeline, you will want to break up long segments in which the Suspect claims to not be doing anything noteworthy. You are seeking three different things to verify a Suspect’s testimony:

Keep in mind that not every piece of evidence will be related to the case — these aren’t necessarily red herrings, but rather world-building elements that may hint of other cases to come later on.

Also, remember that you can freely switch between the testimonies of different suspects on the Timeline; there is no need to leave and approach other suspects every time you need to look at a different angle of the same sequence of events.

With all of the Testimony and evidence you’ve gathered, it’s time to connect the dots. When speaking to a Suspect, you can Accuse them at any time. You’ll have to present three different pieces as part of the accusation: the Means with a piece of Physical Evidence, the Opportunity with a Timeline section from their Testimony, and Motive as Psychological Evidence. If you are correct, then the daemon possessing the Suspect will emerge, and you’ll have to consult the Daemonologie to figure out which daemon it is and call its name to ward it off.

You are not punished for making a false accusation or for having the wrong pieces of evidence. In fact, Lucifer Within Us encourages you to try all possibilities. At some point during your investigation, the well of clues will run dry. Instead of trying to extract more from the scene of the crime or from talking to the Suspects, it is more productive to simply theorize on your own and try different plausible combinations. As you eliminate more working theories, the truth will eventually become clear.