Madden 20 is here and, as always, it’s selling by the truckload as American Football fans worldwide get into a huddle and make a play for the big time. The pot of gold at the end of the rainbow is, as always, the Super Bowl and through some wheeling and dealing there’s no reason that you can’t be the coach lifting the Lombardi Trophy at the end of the season. But just who should you be looking at to poach, buy, draft, or just straight-up steal for your team?

Well, wonder no more dear reader as this guide has you covered. What follows is a look at all the best players in each position in Madden 20. From QB’s to Wide Receiver’s, from Tight End’s to Punter’s, these are the best-rated players in the game and are guaranteed to push you onto glory.

Madden 20: All The Best Players

There is no surprise that Patrick Mahomes is the best Quarter Back in Madden 20, what with him being the cover star of the game an all, it would’ve been a major shock if he was below anyone else. The Kansas City Chiefs star player is going to be a boon for any side that can get him, with his awareness being in the 90s and everything else, bar his strength, being in the low to high 80s, Patrick Mahomes is sure to fire more than his fair share of passes and touchdowns for you over the season.

Half Back: Todd Gurley II

The Los Angeles Rams Half-Back is one a par with Patrick Mahomes when it comes to his overall rating, and it’s not hard to see why. With all of his important stats up in the 90’s he’s lightning fast, has excellent awareness, and can leap like a gazelle and stick the landing. Todd Gurley II would be a brilliant addition to any team.

The three-time Pro Bowl representative, Kyle Juszczyk might not have the high end 90 stats that the previous two entries have, but he’s a very good 85. Strangely, nobody that plays the Full Back position has really high end overall’s but Kyle Juszczyk is a clear six-point better than the Full Back that is in second, Patrick Ricard, and in a sport where the finest margin means the difference between winning and losing, Kyle Juszczyk is easily head and shoulders above the rest.

The Wide Receivers are considered the Hollywood players of the NFL, and this is reflected in the overall ratings that EA has given them. The 13 best WR’s in the game are all in the 90s, and it doesn’t drop off a great deal when you get into the next batch, which leads me to believe that EA doesn’t know how averages work. Nonetheless, DeAndre Hopkins is the cream of the crop and is so good that, according to the game, I could throw a pass for him while he was wearing a blindfold and he’d still know where it was going and have the ability to catch it.

It seems that EA’s average overall system sees a 99 in one category and decides that that’s where the player in question needs to be. Which isn’t how averages work, dammit!!! Regardless, Kansas City Chiefs Travis Kelce is another with the awareness of a hawk and has enough in his locker to back it up.

This one strikes me as weird as according to EA’s own database, David Bakhtiari isn’t the best Left Tackle in the game. Statistically, he’s one point better in his awareness than the Washington Redskins Trent Williams, but he loses out across the board in all the other categories, and not by small margins either. The Green Bay Packers Left Tackle is considered better at his job than his Washington Redskins rival, though I’d go for Trent Williams any day.

A solid 88 and as strong as a bull, Tampa Bay Buccaneers Ali Marpet is only one point better off than the two guys behind him on 87. If you want to go for strength here though, I’d advise that you go after Indianapolis Colts Quenton Nelson who, at twenty-three, is the definition of a fricking wall with strength of 97.

Two for the price of one here as both Travis Fredrick and Jason Kelce clock in at a 94 overall. It’s up to you which way you want to go here as Frederick is the stronger of the two, but Kelce has him beaten for pace, hands down.

The entries into this guide are becoming shorter now as I didn’t realize just how many positions I’d be covering. With that in mind, if you want a Right Guard with great awareness and strength, then Zack Martin of the Dallas Cowboys is the guy for you.

Another Kansas City Chiefs player in this guide, Mitchell Schwartz is the go-to player when it comes to Right Tackles as he’s a clear four points better overall than Lane Johnson who sits in second place. To quote Spaceballs, May The Schwartz Be With You.

The Houston Texans J.J Watt is a player you should covet, coming in as he does with a high 97. Brilliant awareness, enormous strength, and speed, acceleration, and agility to go with it, J.J Watt should be on your shopping list as soon as you can get him.

Looking at his stats, I guess that if Fletcher Cox decided that he wanted to run you over like a freight train, then nothing short of a nuclear warhead would stop him. And in all honesty, even that probably wouldn’t do anything other than piss him off.

The Los Angeles Rams RIght End, and the man with two first names, Aaron Donald is the best in the business with a stellar 99 overall.

The Chicago Bears Khalil Mack is another player to get the 99 overall treatment, and it’s not difficult to see why. It’s the awareness again that pushes this to the top end, but he’s no slouch in the other departments either.

The Seattle Seahawks Bobby Wagner also receives top marks in Madden 20, and if he doesn’t run out onto the field to Ride of the Valkyries each time they play, then there is something wrong with this world.

A drop off in quality with Jadeveon Clowney here, clocking in as he does with a miserly 92 overall. The Houston Texans Right Outside Linebacker has blistering acceleration which means he could get to you before you could even blink.

Jalen Ramsey of The Jacksonville Jaguars may not have the strength of others in this guide, but he more than makes up with it elsewhere, bringing home stats of 90+ across the rest of the board.

Are you looking for a brand new Free Safety for your team? Then get trading for another man with two first names, The Baltimore Ravens Earl Thomas III. A very highly rated player at 95 overall, and a great addition to any squad.

I have no idea what the difference between a Free Safety and a Strong Safety is. I guess one’s liberated and the other’s a tough bastard? Well, whatever it is if you want the strongest of Strong Safety’s then Harrison Smith of the Minnesota Vikings is your guy.

And now we get into the foot element of American Football, a game that should be called Handball realistically. Johnny Hekker is the Punter for you, so go get him.

And finally, you need a guy to put the ball between the posts then The Baltimore Ravens Justin Tucker is the best you can get.

How to change name in League of Legends: Wild Rift 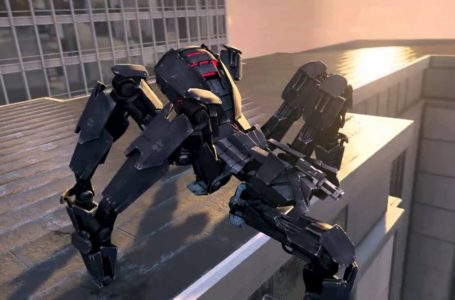 How to navigate the Spider-Bot out of the secure room in Digging Up the Past mission in Watch Dogs: Legion