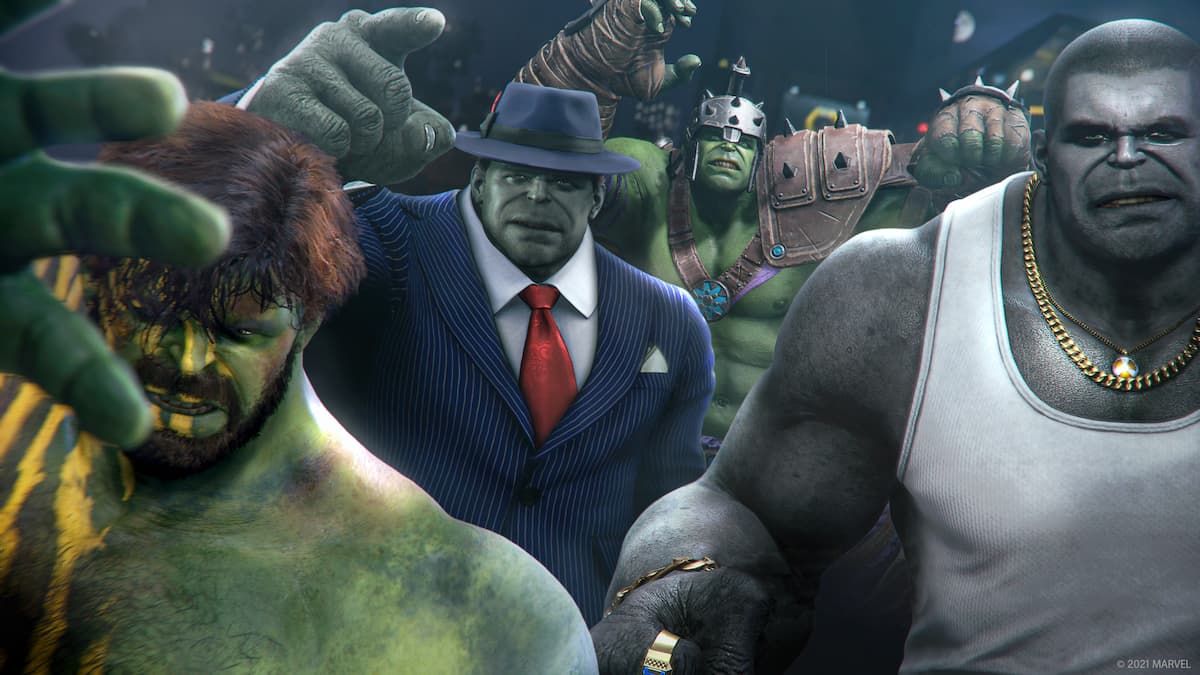 The first limited-time special event for Marvel’s Avengers shakes up the entire structure of the game. Previously, Strike Teams could only have one of each Hero in play at the same time — now, at least during the course of this event, there are no limits. Dues to Tachyon Anomalies brought on by the villainous AIM, the same hero from multiple timelines can pop up all at once, allowing players to utilize unheard-of combinations of heroes. Finally, a free pass for a four-Hulk team.

This event adds a Tachyon Rift Mission called And We’re Back, which takes place in the Eastern Seaboard city biome. Additionally, this event gives you multiple Mission Chains. A constant objective amongst all Mission Chains is simply completing five Warzones with two or more of the same Hero on your Strike Team. Otherwise, each Mission Chain as their own objective, all listed below.

By participating in the event, you can earn an exclusive animated Epic Nameplate — complete any of the Mission Chains to earn a Temporal Assault Team Nameplate. Completing the weekly Tachyon Anomaly Mission Chain will earn you a Hivemind Set Gear Exotic reward for your Heroes above Power Level 120; Heroes below that threshold will get an Epic reward instead. Completing the other Mission Chains will each earn a Priority Set Gear of Legendary Quality.

How long is the Tachyon Rift Event?

The Tachyon Rift Event lasts from April 22 to May 3 at 1 PM ET. Until then, you can matchmake with players regardless of which Hero they have selected.