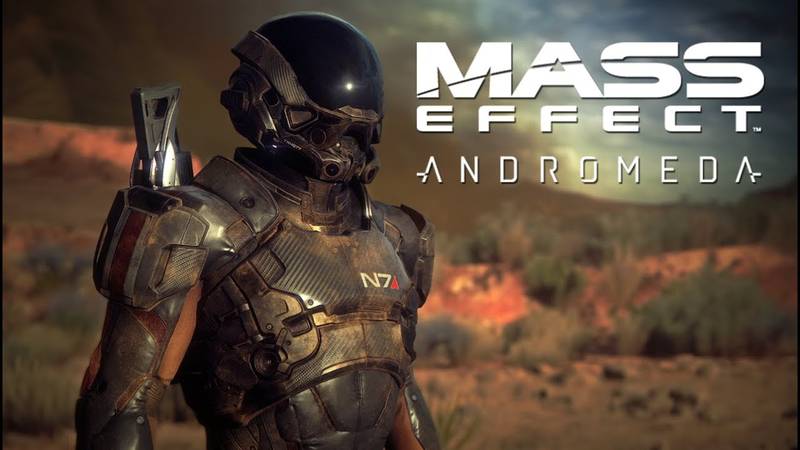 In the last chapter, A Better Beginning, Ryder with this team goes to a new outpost and makes it habitual by clearing the atmospheric radiation, finally, Nexus has a hope. For this mission, you have to head towards Tempest and choose Onaon System from the Galaxy Map.

Andromeda A Trail of Hope Walkthrough:

Head towards the Tempest ship first, and choose the next destination as the Onaon System. While heading towards the destination you can talk to Cora for some information on her life and journey.

After freeing Tempest from Kett fleet, Ryder moves ahead towards the destination and finally reaches Onaon where they found a new alien kind. Go with a peaceful conversation and follow the nav point to land. On the new place, Ryder goes alone to know about the new world.

The cut scene introduces the governor of the new world, a new interaction between alien shows the species knows about human. Ask about the vault and follow the alien. A slow walk around the city with few questions will add glimpse on the alien world. Finally, the governor will leave you at the resistance headquarters. Enter for the next cut scene. Talk with Jaal inside and finally meet Evfra. After talking to Evfra, Ryder agrees to help and Jaal becomes a part of Pathfinders mission. Head back to Tempest. The next objective is to offer help to Angara Resistance on two places. First, is helping the Havarl’s scientist and second on Voeld.

So we begin with Havarl. For this, you need to first go to Faroang System and it is better to simply learn about the planet. Scan things around in the place where you had landed. Next go ahead with Jaal. You will need to fight with many animals on the planet first and then reach the research station following the Nav point.

Follow the Nav point along with Kiiran and Jaal. Try to use Forward Station so that you can use them as fast travel points. Ahead you will need to fight with Nullifier a powerful Remnant. Its beam attack can cause high damage so try avoiding the same. After running towards the monolith, you need to locate two glyphs for the same, the first one is the pillar on the left side and another one is on the right of the console near a short structure. Solve the puzzle. Below is the solution.

After solving the puzzle ahead back to the research station. If you had setup a forward station there you can easily use it fast travel point. Talk to Torvar, this will complete this objective. Finally get back to Tempest and meet Evfra. After cut scene for the next objective, you need to go to Voeld. It is a place covered in snow, you have to follow the lights to reach the Angara base on the top of a mountain.

Enter the base and find Anjik Do Xeel. Collect information about the Kett in the area and you can chat for more details if you want or go back to the ship to begin the mission towards Voeld. You have to locate Moshae Sjefa for starting the mission.

At the start of this mission, you have to first locate the service panel to break the shield. Pass through the small entrance and then move ahead fighting the aliens in the path. In the room fight with Angara’s. Find Heckt and then take stairs up to reach the next area. Your team will be stuck back in the contamination room. You have to move ahead towards the nav point to find your lost track. Finally, in the next room, you will find three Kett, fight with them and then use the console. The next cut scene shows up the Angara soldiers uses explosives. Fight with the ketts in the area and scan the pods. You have to reach the console that is in the center of the room so that SAM can research more. Ryders finds an experiment on Angara in the room ahead which transforms it to a kett.

Talking down the Cardinal:

At the end fight with the kett Cardinal and chase them out. This will be a long fight. The cardinal is pretty strong and you need to take them out first to move ahead. First, dodge their attacks, there is ample of cover in the room to fight with them. To take them down destroying their orb is the only key. It requires you to shoot some combos to hit the same. Once you attack, the orb will drop for a short time, that is the window where you can do max damage. You have to repeat this twice or thrice. In between more Kett all enter the area, you have to fight them side by side. At the end, Ryder has two choices either to save Angara or to destroy the facility. Choose any one, if you choose to destroy the facility, the path finder’s need to escape the place and wait for extraction.

Next, you need to right with Fiend with allies and it becomes a bit hard this time. You need to dodge his grab whenever Fiend charges. If you get caught you will be crushed. Later board the ship in the end, for the next cut scene. Ryder later finds that the Kett are using genes to make a stronger version to fight with others. You have to return to Aya with Moshae, and there will be a few bunch of discussions and cinematic here. Finally, the pathfinder team will get access to Aya’s vault in the end. Go with Moshae to reach the vault for the secret behind it.

This was the end of this chapter, in the next one Hunting the Archon, the Pathfinder navigate deeper into Andromeda galaxy for the fate of human species or you can refer our Mass Effect Andromeda Wiki Guide also.