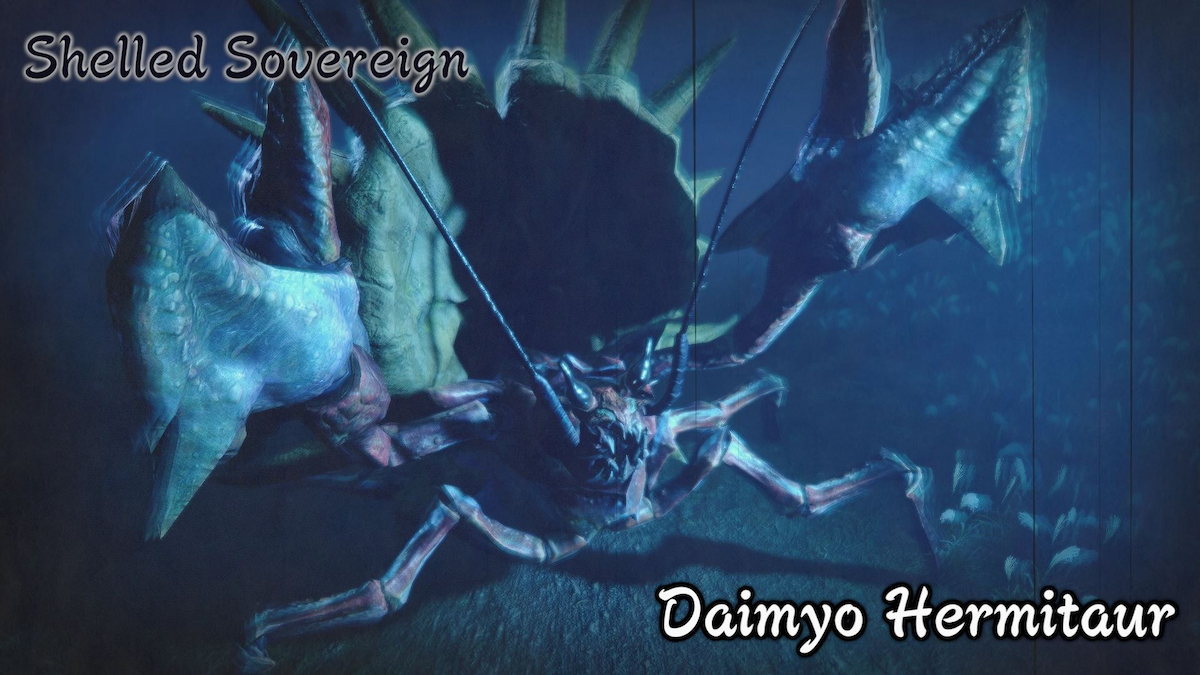 The Daimyo Hermitaur in Monster Hunter Rise: Sunbreak is the first creature you fight in this expansion. You will need to defeat Daimyo Hermitaur to progress through the story, and you can expect to encounter it reasonably often throughout your time operating from Elgado Outpost. This creature is a formidable opponent and has plenty of materials for you to collect throughout your adventure.

This guide will cover the monster’s weaknesses and the materials it drops in Monster Hunter Rise: Sunbreak.

The Daimyo Hermitauri s a defensive creature capable of using its large shell and claws to protect itself during combat. When it enters this defensive state, you will want to use a Sonic Bomb, allowing you to force it out of this stance, allowing you to hit the more critical parts of this monster’s body. Although Slashing weapons work well against it, we highly recommend using a Blunt-based weapon or elemental weapons that do Fire or Thunder damage.

These are all of the Daimyo Hermitaur’s weaknesses.

While fighting against the Daimyo Hermitaur, keep your eye out for the materials this creature might leave behind as you attempt to defeat it. You can bring a handful of valuable items back to Elgado Outpost’s smithy, improving your gear and preparing you for the next Master Rank quest you accept.

These are all of the materials the Daimyo Hermitaur will drop.

During the encounter, you will want to aim for the Daimyo Hermitaur’s claws and shell. These locations can be broken during a battle, yielding more parts, namely the Hermitaur Hardclaw, Monster Hardbone, or the Timeworn Crimson Horn.