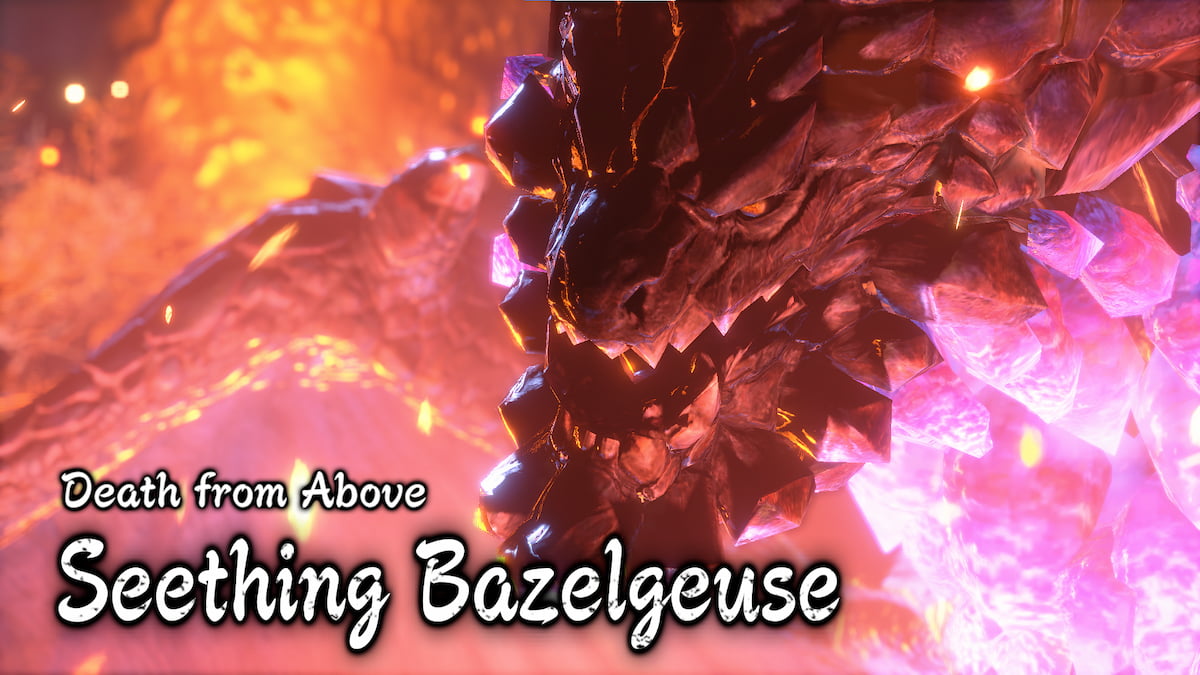 Bazelgeuse has returned with a vengeance in Monster Hunter Rise: Sunbreak. There’s a Seething Bazelgeuse prowling around here, and this variant is much more aggressive and potentially deadly than the standard version. As a result, you’ll want to ensure you’re prepared to dodge plenty of explosives and work with your team to bring it down. This guide covers all Seething Bazelgeuse weaknesses and materials it drops in Monster Hunter Rise: Sunbreak.

How to beat Seething Bazelgeuse in Monster Hunter Rise: Sunbreak

Seething Bazelgeuse is a dangerous adversary. You primarily want to focus on hitting its head or tail, but the abdomen and wings are also weaker to Slashing and Blunt attacks. Ammo has the lowest damage potential against it, but it will keep you away from this explosively destructive creature. You will want to watch the head, and tail scales as these will slowly begin to turn bright white, and Bazelgeuse will unleash a massive area attack, potentially downing several of your comrades. You can avoid this by hitting these areas often during the battle.

We recommend using Thunder and Ice weaponry for those who prefer using elemental weapons. Dragon comes up as a close second, with Water and Fire weapons being next to useless against this monster.

There are a handful of valuable items you can obtain for completing a hunt against a Seething Bazelgeuse. You can get the Flickering Silvershell by breaking its back or after defeating it and carving from the body or tail. There’s a chance to obtain Bazelgeuse shards during the battle as broken parts, along with the Bazelgeuse Harclaws, or Distilled Blast Fluid. The Scorching Silverwing has a good opportunity to appear if you break one or both of its wings. Finally, there’s a slight chance you can acquire the Bazelgeuse Flail if you catch it, but it has a better chance of dropping if you carve it from the tail.

We are still filling out this portion of the material list.

Seething Bazelgeuse is a troublesome adversary. You will want to avoid using any Blast, Exhaust, Fireblight, Waterblight, Thunderblight, Stun, Paralysis, or Poison against this creature. You will have far better results taking out Bazelgeuse using Sleep or an Iceblight attack against it, along with eliminating its wings, making it harder for it to fly around. It won’t stop the multiple explosions it will release, but it might make it less agile during the battle.