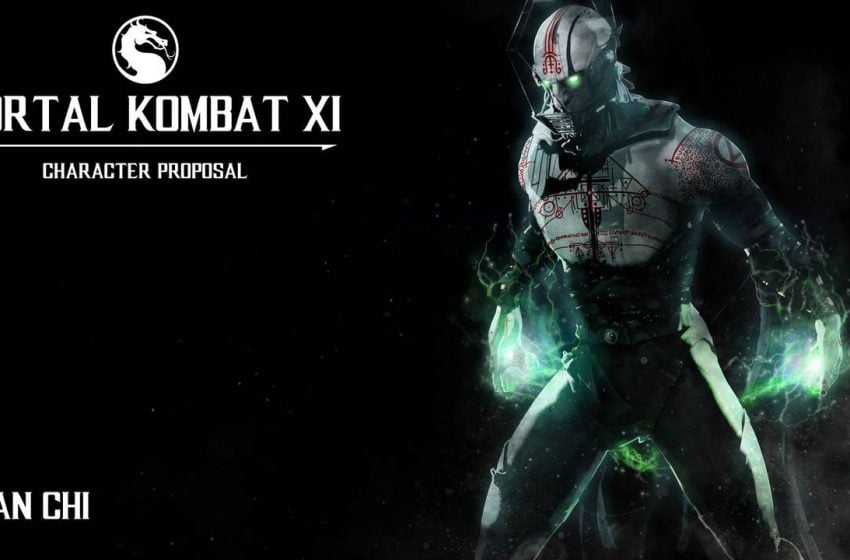 Mortal Kombat 11’s Krypt is where you’ll be getting most of the desirable bonus material. You take control of a nameless warrior, who wonders the ruins of Shang Tsung’s island. You discover so much treasure that contains new moves for playable characters, Fatalities, costumes, artwork for the game, and more.

As you travel the island, you’ll come across several key items that use to belong to classic Mortal Kombat characters. You use these key items to traverse more of the island.

Here’s the list of key items you’ll need to travel the island, and where to get them.

This one’s easy; you start with Kronika’s Epoch Engine already in your inventory.

This Key item allows you to interact with Kronika’s Time Vault, which allows you to rewind time and replenish Krypt chests that have already been open with a new treasure.

Fortunately, you’ll come across your first key item almost right away. The Palace Entrance is the first place you arrive once you enter the Krypt. Outside the first room and down the middle, you’ll be to spot Shao Kahn’s Hammer sitting on a podium.

The hammer is used to destroy breakable areas like walls with cracks or pots. You’ll also need the hammer to open special treasure chests with Shao Kahn’s face. You can’t open these special chests unless you destroy Kahn’s face with the hammer first.

Gem of the Living –

Once you hit the Forge area, which is south from The Courtyard, head west onto the bridge, the short bridge area is called the Mountain Pass. Pass the Mountain Pass is the Shrine. North from the Shrine is where you’ll find the Warrior Shrine.

The first time you walk through the shrine, a meteor comes crashing through Raiden’s statue. Walk to the meteor, smash with Shao Kahn’s Hammer, and you’ll get the Gem of Living.

The Gem of the Living is used to open a door found in the Courtyard.

You’ll need The Gem of the Living to get this key item.

On the east side wall of the central Courtyard area, you should be able to come across a crack wall. There should be two on the east wall; they both lead to the same area where a giant bong lays at the center.

In this area, which is still part of the Courtyard, up north there is a locked door. The Gem of the Living is used to unlock this door. The door opens to the Garden area.

Walk north up through the Garden area, hugging the wall closest to the west. You eventually come across a new entrance – this new entrance leads to the Vault area. In the room closes to the Palace Entrance, you’ll find a podium with the Cracked Horn of Motaro.

The horn is needed to open the huge creepy doors that are found in the Warrior Shrine.

Once you unlocked the giant doors at the Warrior Shrine with The Cracked Horn of Motaro, you can finally enter Goro’s Lair.

Beyond the giant doors in the Warrior Shrine, there is a tunnel that leads you to an elevator. The elevator will take you deep underground, to Goro’s Lair.

Walk straight south from the Elevator; keeping walking south until you hit Goro’s Throne Room and see Goro’s corpse sitting on the throne.

Keep walking south in the tunnel, until you the armory. At the south-most wall, you’ll spot Scorpion’s Spear sticking out.

Scorpion’s Spear allows you to reach things in the Krypt from a great distance.

West from the Treasure Chamber is another tunnel that leads to The Jails. You can tell it is the Jails because there are pools of blood in the middle of the room. South of the Jails is probably the most tragic room within the whole Krypt.

The room south from the Jails is called Kenshi’s Last Stand. The decaying corpse of fan-favorite character Kenshi (say ain’t so NetherRealm Studios!) can be seen on top a body of other corpses in the south-most part of the room.

On Kenshi’s corpse, you get Kenshi Takahashi’s Blindfold. The Blindfold allows you to see things you wouldn’t normally be able to see, like invisible chests or hidden passages.

The tunnels east of Goro’s Throne Room will lead you Goro’s Dining Hall. Run up to the dining table in front of the giant Goro statue. Head to the pathway south from the table. Once you hit the corner, start walking west.

Ignore the first gate you see, and just keep walking west. Keep walking until you reach a wall with chains. Pull on the chains and gates right next to you will open. Through the gates is another tunnel that will lead you to another elevator.

Pass the Upper Cavern is the Lower Pit, the spikes at the bottom of the Pit stage in classic Mortal Kombat games. As soon as you walk into the pits for the first time, you’ll witness Ermac fall from the bridge above, and be impaled by one of the spikes near you.

Walk up to the Ermac’s dead body, and pick up his Amulet of Souls.

Ermac’s Amulet of Souls allows you to levitate things that have green mist around them. It also allows you to finally unlock those green lanterns you find corpse holding throughout the island.

Once you have the Amulet of Earthrealm’s Protector, go back the Warrior Shrine. At Raiden’s destroyed statue, place the Amulet in the little pocket below the statue. Raiden’s statue is then magically repaired, and you are gifted with the Thunder God’s Shattered Staff.

Beat the Tutorial Towers in the Tower of Time mode.

You’ll need the Amulet of Earthrealm’s Protector to get the Thunder God’s Shattered Staff.