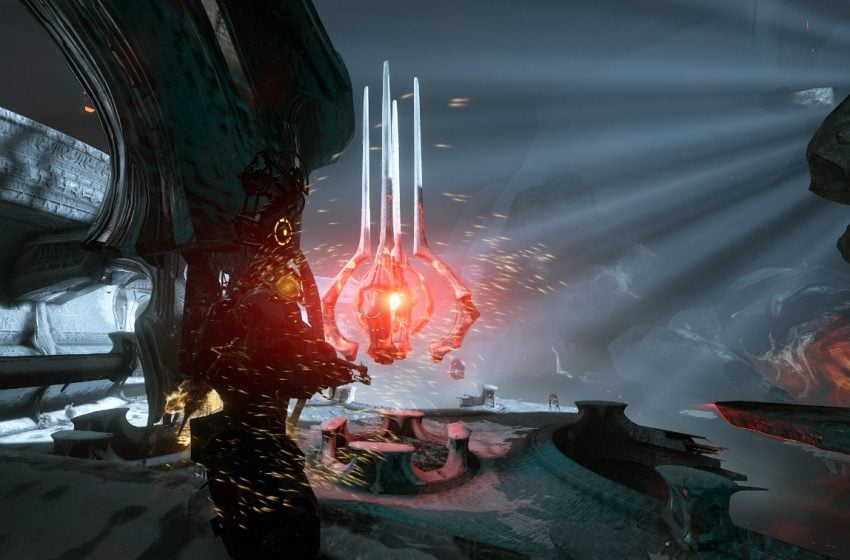 The Murex Raid is a new mission that was added to Warframe for Operation Scarlet Spear. It involves using your Railjack to assault Sentient ships, get onboard, and upload Kill Codes to interfere with the ship’s progress through the system.

How to play the Murex Raid

To start the Murex Raid, head for the Scarlet Spear node on Earth, then make sure you have an OpLink from Little Duck. Go to the yellow console on the left side of the room. Interact with it and choose if you want to start a new squad using your Railjack, or join an existing squad.

The Murex Raid is pretty straight forward, but there are some ways to make it a simple mission to complete.

When you first load in, you will need to pilot the Railjack to the waypoint to set up the Kill Code transponder, and when it is in place you can fly your ship straight into the front of the Sentient ship, through the large hole in the front. This will protect the Railjack from enemy ships. One squad member should stay on the ship to deal with borders and do any repairs as required.

The other three should head into the Sentient ship through the door that will now be directly in front of your Railjack.

Once aboard the Sentient ship, follow the Waypoint and set up your OpLinks using your Gear Wheel. You will need to defend them from waves of Sentient enemies as they try to destroy the OpLinks.

The OpLinks will upload nine Kill Codes, which will be sent by other players doing the Ground Assault mission. This happens automatically, once your OpLinks are set up.

Limbo can make this portion of the mission trivial, using Cataclysm and freezing enemies in place the second they enter the sphere.

Once all the Kill Codes have been sent, you will automatically be returned to the Railjack, and it becomes a matter of just repeating the process for as many of the Murex ships as you can.

Always have a crew member on the Railjack to deal with enemies, as both Grineer and Sentient troops will attempt to board the ship. After that, it’s just a matter of defending the OpLinks, which will be very easy with Warframes like Limbo, Gara, and Frost.