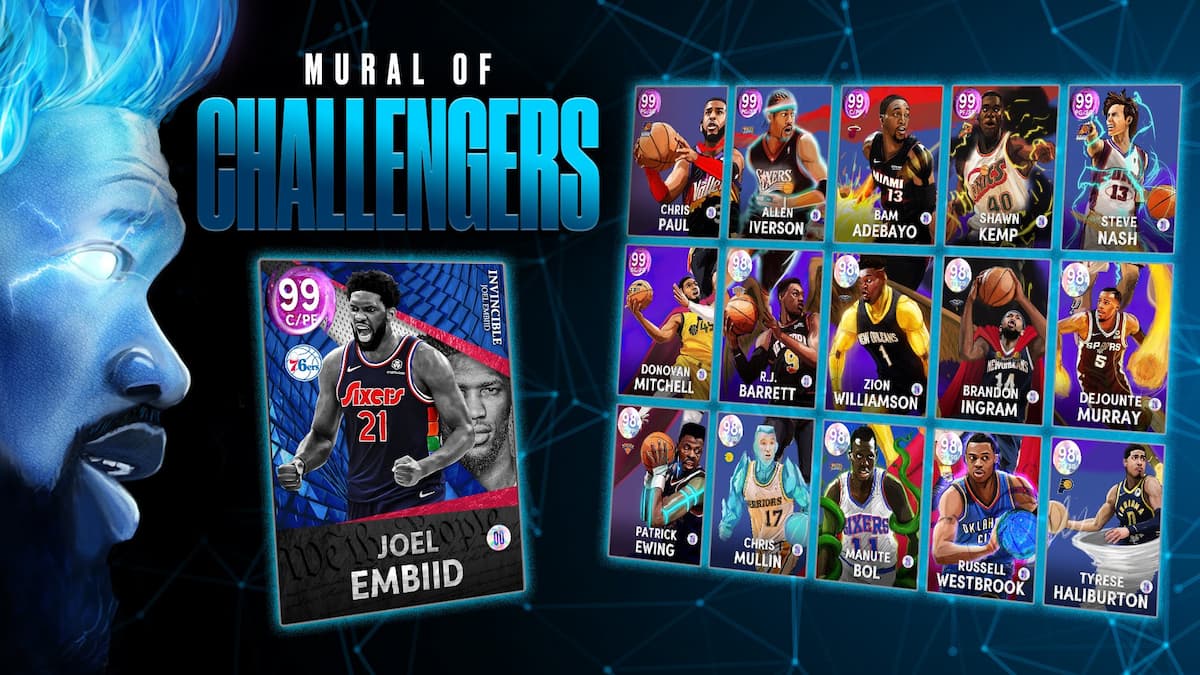 As part of Season 7 in NBA 2K22, 2K Sports introduced two new mural challenges. One is strictly made up of players you have to get from packs or buy from the Auction House, but the other Return of Heroes mural can be earned. On June 2, 2K Sports finally dropped the new Challenges into the game, which means you can now earn 15 new players, including 99 OVR Invincible Joel Embiid. Let’s take a look at everything you need to do.

How to complete the Return of Heroes: Eastern and Western Conference Challenges

You’ll find all of these Challenges under the “Skills Challenge” in the Challenges submenu. Most of these will require you to complete specific objectives during a game, but the first two are a bit simpler (though time-consuming). For both the Eastern and Western Conference Challenges, you’ll need to beat all 15 teams in that Conference, while using specific players and holding the opposing team to fewer than 60 points.

We’d suggest finding two guys you can consistently hit threes with and having them take up two of the slots you don’t need to fill with the team required by the Challenge. Then, use the current Magic playbook and run the play Quick Point 2. This gives you an easy, open three more often than not, making it easy to run up the score. Then, it’s just about playing good defense.

How to complete Return of Heroes: Challenger Trials

This set of trials is much more like Spotlight Sims from older 2K games. You’ll need to complete different sets of objectives and earn a new player after finishing each one. Some of these challenges can be very difficult, so we’ll give you the full list and then a few tips for the tougher ones. Here are all the Challenges and the rewards you’ll pick up for completing them.

Most of these challenges are pretty simple because you don’t have lineup restrictions. Plus, outside of the MyTeam Heroes Showdown, every game is on All-Star or lower. That said, a few of these can be tricky, so we’re going to break down a few specific objectives and how to make them a bit easier.

Again, some of these challenges are tough. On top of that, ones like the no foul challenge, no assist challenge, and no turnover challenge can feel a little more luck-based than you’d probably like. However, once you finish all of them, you’ll earn the Invincible version of Joel Embiid, which is probably the best power forward currently in the game.