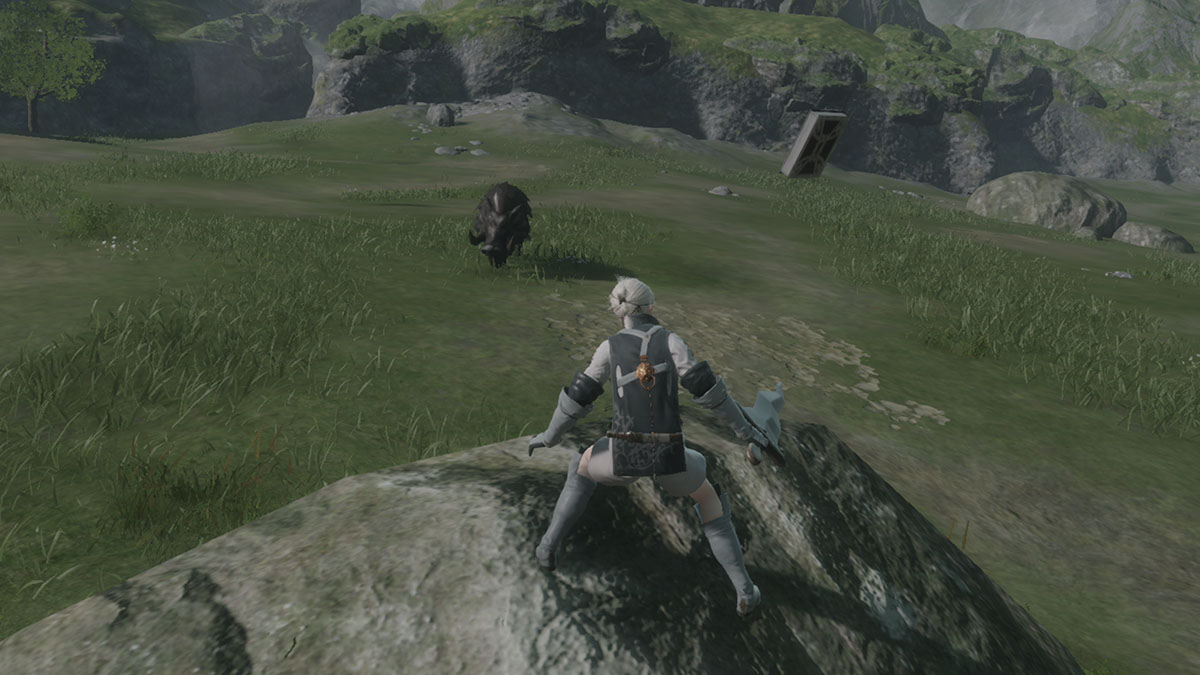 An early quest in Nier Replicant is the Boar Hunt. An elder in the village will ask you to track down and kill a boar that has been causing problems. The boar is quite a menace, so be prepared for a fight with plenty of healing.

If you want to complete this quest, you need to finish it in part one, you won’t be able to get it when you move into part two of the game. You can start to track down the boar by heading for the northern plains, just outside the starting village.

The boar can be found just below the entrance to the Forest of Myth, near some large boulders that are strewn around the area, just past the wooden bridge where you fight some Shades in an earlier quest.

Dealing with this boar is tricky, as he is more than powerful enough to one-shot you in the early game. The trick is to sucker him into charging you, then smashing into the boulder and stunning himself.

This will give you ample time to jump down, damage him, then hop back onto the boulder. You can also hit him with the Grimoire while you are waiting for him to charge, to speed things along.

Either way, this takes a long time, as the boar is tanky, and will take a huge amount of damage. When he does finally topple over, you will get a Boar Tusk. The Boar Tusk allows you to call a friendly boar to your side who will act as a mount. By pausing the game, going to Order, Animals, and then Call, the boar will appear. You can then mount him and use him to travel around, which is much faster than traveling on foot.