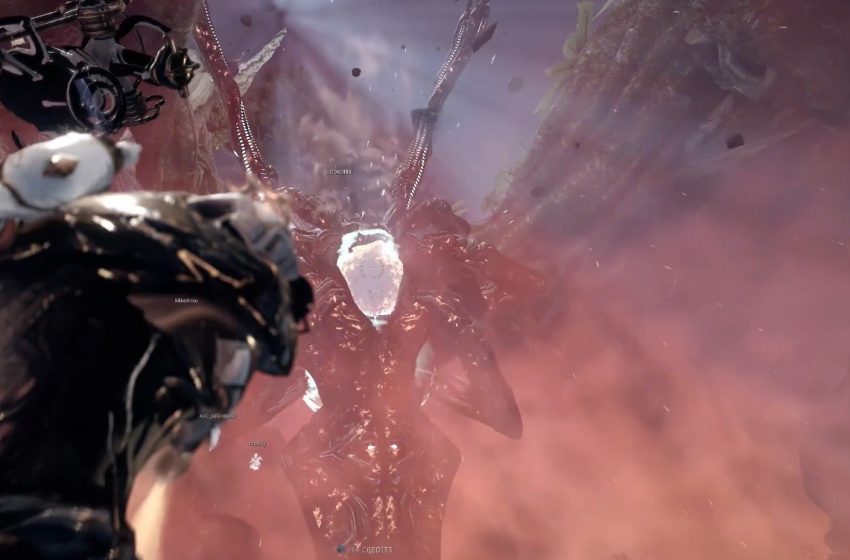 Ground Assault is a new mission that forms part of the Scarlet Spear event in Warframe. The mission involves taking on both Sentient and Grineer enemies as you try to get Kill Codes for squads that are playing Murex Raids, the other half of the new event.

How to get your OpLink

Before you can play Ground Assault, you will need to get an OpLink. Head to the Scarlet Spear Flotilla, which you can find orbiting Earth in your Navigator, close to the Strata Relay.

Load in, and you will arrive at the main Operation room. You can find Little Duck on the right side. Speak with her, and she will give you the introduction to the Operation. When she is finished talking, you can purchase an OpLink from her for 1000 Credits.

When you purchase the OpLink, be sure to place it in your Gear Wheel before you start any missions. You can find an Arsenal station on the left side of the room.

How to start Ground Assault

Once you have the OpLink in your Gear Wheel, you can begin a Ground Assault mission by heading to the console on the right side of the room.

What to do in Ground Assault

In Ground Assault, you need to kill the Condrix, a new Sentient enemy. A marker will indicate where the next Condrix will fall, so follow the waypoint to get there once you are in the mission.

When the Condrix falls to the earth, damage it by shooting the glowing orb at the center of the almost flower-like structure. After about one-third of the health is gone, it will become invulnerable, and you will need to take out some Sentient enemies.

The fight follows this pattern until the Condrix is dead. When the last damage phase is over, clear out the remaining Sentient enemies and then open your Gear Wheel and place your OpLink.

You will need to protect it from the Grinner, who will be assaulting your position during this portion. The OpLink will scan the Condrix, and send Kill Codes to a player who is in the middle of a Murex Raid. When the scan is complete, a new waypoint will appear, which will lead you to the next Condrix.

You do not need to retrieve your OpLink and is it not used up by the scan; you can place it from the Gear Wheel again when you defeat the next Condrix.

After that, rinse and repeat as many times as you can, then extract when the fighting gets a bit too fierce for your squad.

Available players automatically receive kill Codes, and you don’t need to do anything special after you send them.

You will need to take out at least four Condrix before the option to extract from the mission will open.

You should also bring a range of damage types on your other weapons, as the Sentients will be able to develop immunity to the damage type that you are hitting them with.

Remember, you can stay in the mission as long as Condrix keep spawning, but each one will scale to be a little tougher than the last.