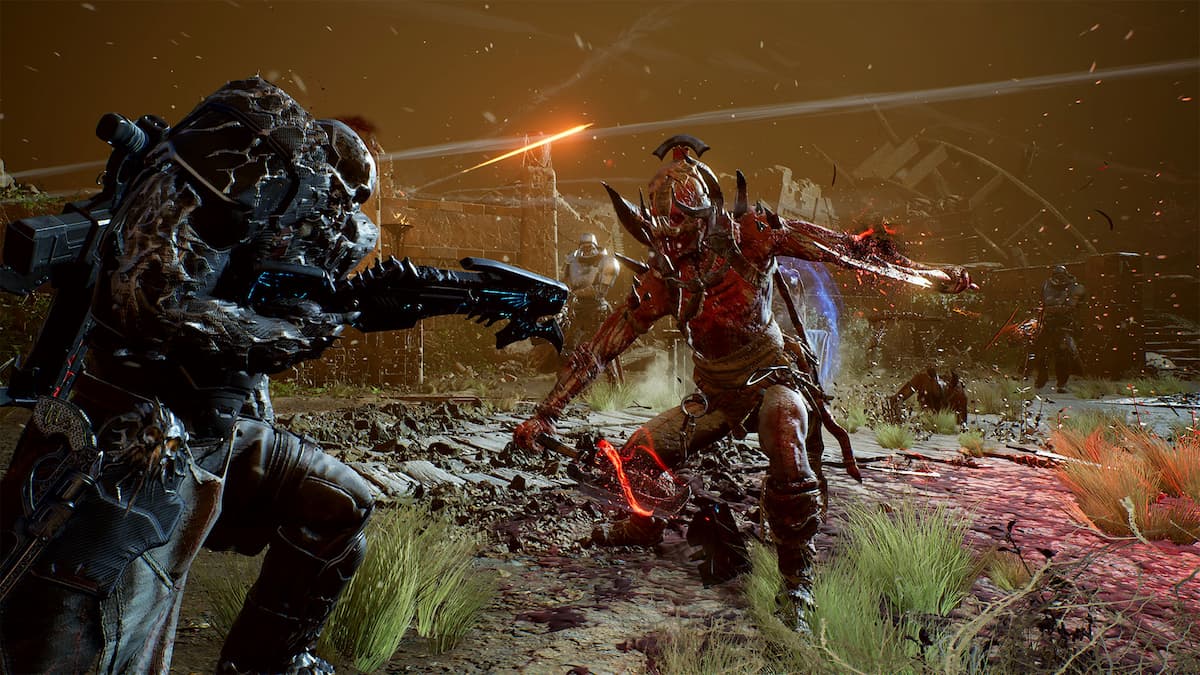 The Outriders New Horizon update is the game’s largest patch to date. Bringing a range of minor quality of life improvements along with major changes to the core game’s loot system and endgame, Outriders has a lot to dig into for returning and new players alike.

The Tiago store rework is part of this update. The vendor wasn’t overhauled to be completely unrecognizable, but the changes do offer a more streamlined loot farming experience. Our guide below details what you should expect from Tiago with the Outriders New Horizon update.

Prior to the update, Tiago was an end-game vendor that sold a rolling list of epic gear in addition to a separate list of legendary gear. In the past, Tiago’s legendary inventory was entirely driven by RNG, meaning you had very little control over what he offered. You’d have to wait for his store to reset for a sliver of a chance of something you might want. Now, however, New Horizon allows for more direct manipulation of that RNG system.

Tiago has two new options: a reroll and a mystery legendary unlock. The reroll lets you completely reset the current legendary offerings for a new set of offerings with RNG dictating the reroll. These will always include four armor pieces and three weapons as it did before. There is no limit to how often you can reroll per day, but it does come at a cost as you’ll soon find out.

Both of these new options can only be purchased with drop pod resources. Drop pod resources are obtainable from completing expeditions with higher expedition tiers granting a larger amount of resources upon completion. Completion is the keyword here. You do not get partial resources for either quitting midgame or failing your three attempts. For a consistent drip feed of drop pod resources, do not overextend yourself by continually attempting higher tiers if they’re giving you trouble. Spending upwards of 20 minutes only to fail the expedition is a waste of precious time. Just repeat the shorter expeditions on manageable tiers. This process also nets other useful resources such as titanium and shards, which are used to upgrade existing gear, making higher tiers easier.