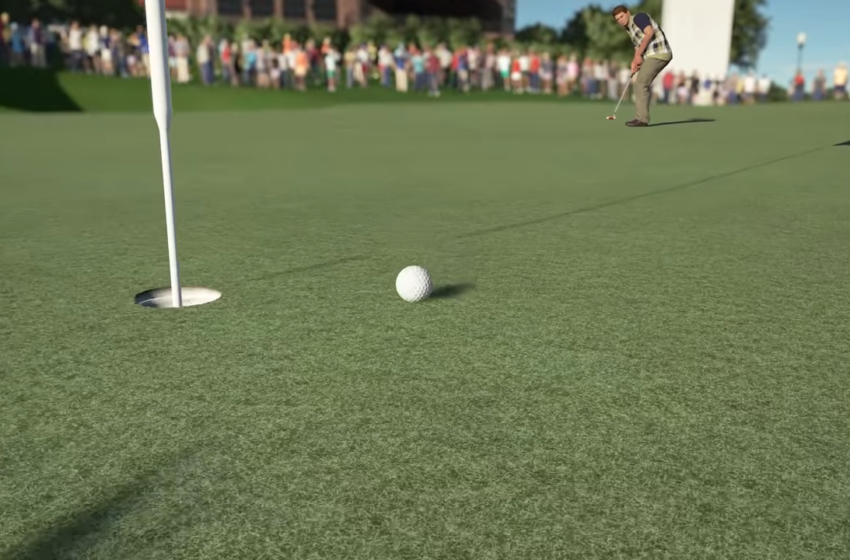 If there’s one part of golf that is critical to master, it’s putting. Sure, you might be able to dominate with a driver and club the ball 300+ yards off a tee, but if the putting is bad, your score is going to be bad as well. Just like with real golf, putting is critical in PGA Tour 2K21. Knowing how to do so properly can be a boon for your virtual golfing career, but failing to master it could lead to failure.

With that said, let’s go over our tips to get you started with putting in PGA Tour 2K21.

Don’t worry about the putter model

The first thing you might consider doing when starting up PGA Tour 2K21 is grinding in order to upgrade your putter. That, however, is not really necessary. Putters are different from other clubs in PGA Tour 2K21, as all the models that are in the game do not have any attributes. Because of this, you won’t really need to worry about which putter you have in 2K21. Of course, you can buy a new one, but there are more important things to worry about.

Get the ball as close to the green

Let’s be honest, you probably want putting to be easy. The best way to make putting easy has nothing to do with the act itself, but rather what you do before you make it to the green. When you’re on the fairway (or the rough, if it’s a bad day), make sure to use the aim to get the ball as close as you can to the cup. Keep in mind, though, that you will have to watch which way the wind is blowing. For example, if the wind is blowing from right to left, you might want to move the aim to the right in order to anticipate the ball blowing to the left side of the green.

Longer putts are always going to be harder than shorter putts, so making sure that you are as close to the green as you can be should set you up for future success.

Watch for the hills

Every green in golf differs from course to course, and the trickiest ones are those that feature hills. The reason for this is twofold: putts can veer to the left or right, depending on the type of hill, and the amount of power that you will need to successfully finish the hole can vary. Let’s focus on that latter point for a second: if the cup is located on the top of a hill, you will need to use more power to finish the putt. But if the cup is on flat ground, and a hill is in between your path, use less power, since the decline of the hill will roll the ball towards the hole. This is something you will need to keep in mind when making a putt.

Let’s get back to the first point. Putts can veer to the left or to the right, depending on the terrain of the green. To know how to play the putt, look at the dots on the Green Grid. Shift the aim depending on what direction the dots are moving so that you can successfully complete the putt.

When attempting a putt, 2K21 will give you a recommendation with regards to where the putt should be aimed, as well as what power you should use. These recommendations are fine in the beginning, but you shouldn’t use these as a be-all, end-all as you gain experience in the game. After playing the same course multiple times, you’ll often find that the recommendations are often flawed, so keep tabs as to how each course plays. The last thing you want is to miss a putt you should hit with ease.

In order to hit a putt perfectly straight, you must shift the putting stick down, and then directly up in a straight line. However, doing this repeatedly is tough. The thing to remember, however, is that putting can become a lot easier if you notice your tendencies. To elaborate, suppose you notice that you are prone to pushing up a bit to the right with consistency, and the ball repeatedly slices to the right of the cup. If you can pick this out, then simply adjust the aim to the left to compensate. That way, you can make up for this tendency and better prepare yourself at upcoming holes.

However, don’t follow these guidelines at every hole. If an upcoming hole has a hill you may need to contend with, that will also affect the putt.

While it would be nice to hit every putt that you are going to make, that’s impossible to do. Even professional golfers can’t make every putt that is attempted. However, you need to approach each hole as if you are a pro golfer. Professional golfers are masters at staying composed, and it’s vital that you should too. Being nervous before making a big putt is useless, as all that will do is make it harder to hit the perfect amount of power. Just relax, and the game will become much easier.