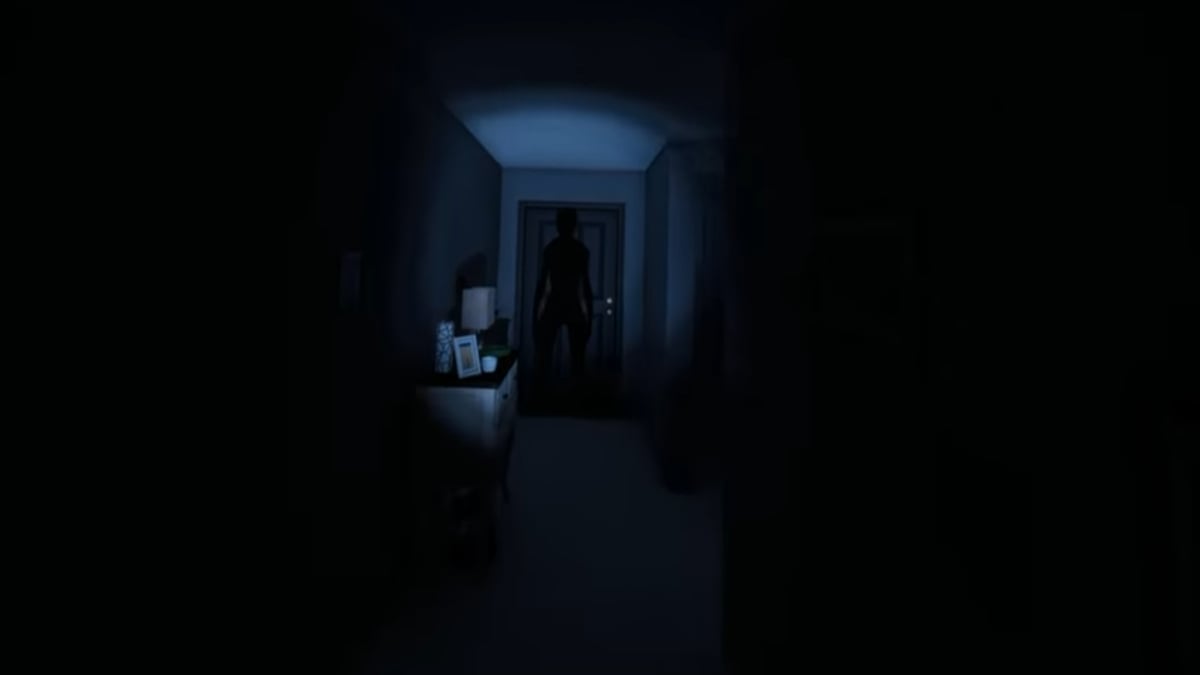 As you hunt down Phasmophobia ghosts, you will encounter a few different kinds of spooky specters. It is essential to know how to handle each one when you cross paths with them so that you can get away safely. These are all of the strengths and weaknesses of every ghost in Phasmophobia.

If you want to know when a Banshee is close to you, you can use fingerprints, ghost orbs, and the DOTS projector as evidence for its presence. Then, it will individually stalk players and pounce. You want to be careful while hunting this creature because it can move exceptionally quickly. You can use salt on the ground to figure out what player it’s hunting.

Strengths: Targets one player at a time.
Weaknesses: Can be warded off with a Crucifix.

By far the most aggressive ghost that will attack you, the Demon will attack you a lot more than any other enemy in the game. You will have to outsmart it via the Ouija board. Typically, the Ouija board is a good way to lose your sanity pretty quickly, but when you’re hunting a demon, you won’t lose any if you ask it a valid question. The best question to ask is what room you can find the Demon in, and then bring all of your equipment there. While inside that room, you want to use the spirit box to talk to the Demon, throw down a book to confirm ghost writing, and freezing temperatures.

Strengths: Highly aggressive and prone to attack.
Weaknesses: Asking a Demon a successful question on an Ouija board won’t lower your sanity.

The Goryo is one of the more shy entities you’ll be hunting in Phasmophobia. This creature prefers to remain close to its primary room, making it difficult to find if you’re searching the entire house for it. Instead, you’ll want to use an E.M.F. reader to find its exact location. You and your team will rarely see it on camera, so when you find its room, place a DOTS projector down in it and then use a camera to try and confirm its location. The evidence you want to use to find it is an E.M.F. reader, fingerprints, and a DOTS projector.

Strengths: It is rarely seen and only projects itself on camera when no one is around.
Weaknesses: It seldom leaves the location where it died.

The Hantu is a ghost that prefers hotter climates, which means you never have to worry about freezing temperatures when dealing with this supernatural creature. Because they have a preference for hotter climates, they are known to attack when it becomes colder. You can increase a home’s temperature by having the power turned on. While it’s warm, a Hantu moves much slower. The evidence to confirm a Hantu’s presence comes down to fingerprints, ghost orbs, and freezing temperatures.

Strengths: When it’s colder, the Hantu can move much more quickly.
Weaknesses: While the temperature is warm, a Hantu moves slower, making it easier to escape.

Do you want to make sure this fast-paced, incredibly territorial entity isn’t around you? Look out for it using an E.M.F. reader, fingerprints, and freezing temperatures. The best way to counter a Jinn’s incredible speed is to turn on the power source at the location you’re at. While it’s active, the Jinn cannot use its superspeed ability, making it difficult to traverse the map.

Strengths: When a player is farther away, the Jinn is faster.
Weakness: Turning off a location’s power source will stop the Jinn from using its ability.

This ghost likes to lurk in the dark; in fact, it is stronger in the dark, so be sure to use the light to your advantage. A spirit box, ghost orbs, and ghostwriting are the signs to look out for. You can use light to your advantage by making sure the location’s power source is always on. You also want to make sure you and your team are not turning on too many lights, potentially blowing a circuit, and cutting the power off.

Strengths: The dark will increase its odds of attacking.
Weaknesses: Any light.

A Myling is a noisy spirit, consistently making noise while you’re wandering around the house. However, the noises it makes are to its disadvantage, making it easier to find. But when it’s no longer making noise, that means it’s hunting players, and you’ll want to remain on your toes when this happens. You can identify a Myling by using an E.M.F. reader, finding fingerprints, and using ghostwriting on it.

Strengths: A Myling will be quiet while hunting.
Weaknesses: It is consistently making noises while you are in the house.

This is a pretty strong entity that will become even more active and aggressive when a player is near it. However, with an E.M.F. reader, freezing temperatures, and a DOTS projector, you can alert yourself to its presence.

Strengths: Active when players are nearby and can move objects very quickly.
Weaknesses: If more players are active, it will be easier to find this entity.

This ghost is pretty terrifying, to be honest. It can possess the living and is commonly summoned by an Ouija board. You don’t want to look directly at it; instead, use a camera to take a picture of it. The spirit box, finding fingerprints, and DOTS projector will confirm its presence.

Strengths: Looking at the Phantom will deplete your sanity.
Weaknesses: Taking a picture will cause it to disappear.

A very mischievous ghost will throw objects and cause some chaos. If it follows you into an empty room, however, it is much more manageable. Spirit boxes, fingerprints, and ghost orbs are what you are looking for.

Strengths: Can throw many objects at once.
Weaknesses: Empty rooms.

The Raiju is an electrical spirit that siphons energy from electrical devices. Its greatest strength is that it can use electricity to increase its speed. However, you’ll be able to quickly identify it based on how much it disrupts electrical equipment used by your ghost investigation team. You’ll be able to identify this spirit by an E.M.F. reader spiking to level 5, ghost orbs appearing on camera, and being able to see the ghost’s movement on the D.O.T.S. Projector.

If this ghost sets its sights on you, you better be ready to run. It is slow-moving at first, but it will quickly gain speed as it hunts its target. Look out for E.M.F. Level 5, fingerprints, and ghost writing.

Strengths: Faster when hunting a victim.
Weaknesses: If you hide, it will move much slower.

This ghost prefers to go after players who are alone, so you will want to make sure to move in a pack to counter it. E.M.F. Level 5, ghost orbs, and ghost writing is the evidence of a Shade.

Strengths: It is shy, which makes it hard to find.
Weaknesses: With the presence of several players, a Shade won’t enter Hunting mode.

A spirit is the most common ghost in the game. They are always around you and can jump into your room when you least expect it. While not having any specific strengths, they are weak to Smudge Sticks. So stay alert for a spirit box, fingerprints, and ghost writing.

The Twins are a pair of ghosts working together. The greatest weakness they have is that they interact with objects at the same time. However, their strength is that they can attack at different times, so while one of the ghosts might be angered and fighting, the other might be calm, waiting for the right moment to strike. The evidence you’re looking for to identify them is an E.M.F. reader spiking to level 5, a voice speaking over the Spirit Box, and the thermometer spiking to freezing temperatures.

Strengths: They act attack at different times.
Weaknesses: They interact with the environment simultaneously.

These buggers can fly and go through solid walls, meaning they are challenging to track. Also, they don’t like salt, so keep that in hand. Their evidence is E.M.F. reader, spirit box, and finding them on a DOTS projector.

Strengths: Cannot be tracked with footsteps.
Weaknesses: A Wraith reacts badly to salt.

The Yokai are drawn to human voices, making them frequent visitors of homes with plenty of people in them. If you’re attempting to investigate a house with this ghost inside it, talking more draws it close to you and your party. When it’s close to you and hears voices, it becomes angry, increasing the chances of it attacking members of your ghost hunting crew. The evidence you’re looking for to confirm a Yokai’s presence is the spirit box, ghost orbs, and DOTS projector.

Strengths: When a human voice is heard next to it, a Yokai becomes angry, increasing the chances of attacking.
Weaknesses: While a Yokai is hunting, it can only hear voices near it, allowing other players from across the house to talk freely.

A Yurei is a spirit that had returned to the real world because it desires revenge or it has a hatred for a particular person that wronged it before it died. Because of this intense hatred, anyone that sees a Yurei has a decreased amount of sanity. If you can find its room, attempt to smudge the location to prevent it from moving around a home. The evidence you’re looking for to confirm a Yurei is ghost orbs, freezing temperatures, and a DOTS projector.

Strengths: Whenever a player sees the Yurei, their sanity drops quite a bit.
Weaknesses: When you apply smudge sticks to the same room a Yurei is in, the creature cannot move from there for quite some time.