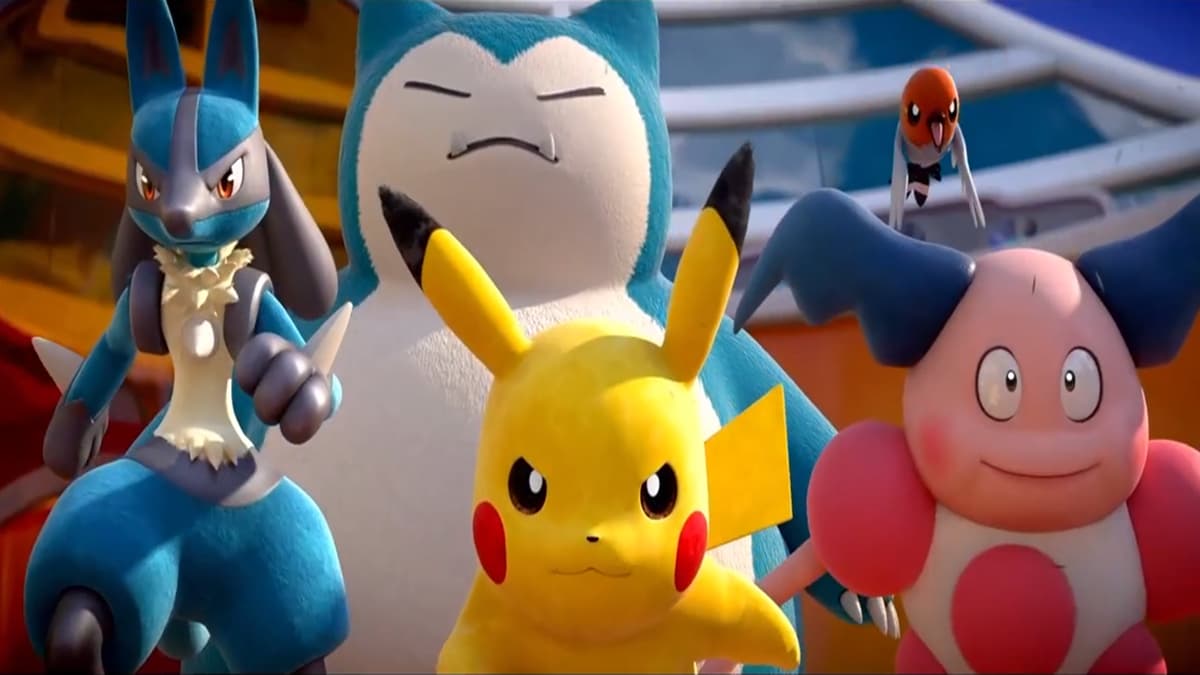 Pokémon Unite is a free-to-play MOBA for Nintendo Switch and mobile devices that will be the first time many players will attempt to play a game like this. This is a considerable departure from anything else the franchise has ever seen before, so it is easy to see how new players could be a little lost when jumping in. If you are giving Pokémon Unite a try for the first time, here are some tips and tricks to become more successful.

First, you need to understand the map you will be playing on. In Standard and Ranked matches, all games are played in the same location, called Remoat Arena. There are three lanes you can go down, top, middle, and bottom. The top and bottom lanes have the goals for scoring opportunities and bosses that spawn occasionally. At the end of each team’s lanes will be fruit that will instantly recover a lot of health when grabbed.

Rotom spawns top lane and will go to the opposing team’s nearest goal when defeated, removing any waiting you have to do when trying to score on that goal. Rotom will be highly contested because of this and will go in favor of whatever team lands the final hit on him, not who puts the most damage in. While traveling, the defending team can defeat it again to stop it from having that effect occur.

Drednaw spawns in the bottom lane and will put up a little more of a fight when you attack it compared to Rotom. However, all he gives is a slight shield that will deplete rather quickly, so we highly recommend focusing on Rotom if you can.

Finally, the middle lane will have an assortment of wild Pokémon to farm for experience. There are no goals in this area, but a fruit that momentarily increases your speed will be here.

Zapdos will spawn in the very middle of the map when there are two minutes left in the match. Being a Legendary Pokémon, they put up the toughest fight of the boss Pokémon. Whoever gets the final hit on Zapdos will automatically get 30 points to score, with all teammates getting 20 each. Additionally, all enemy goals will be open for you to score on quickly, and you will have double points during this phase as well. Clearly, Zapdos is a game-changer and should be your team’s focus when it is on the field.

Now that we understand the map, the plan of attack at all times should be executed with at least one teammate nearby. When you have a numbers advantage in Pokémon Unite, you are almost assured of a win in any encounter with the enemy team. Multiple opponents are just too much for anyone to handle at one time.

Typically, it is a good idea at the beginning of the match to have your team split. Two people should go top, two bottom, and one in the middle that can alternate between lanes that need help the most. Of course, change up the game plan if the opposing team overloaded one side over the other.

Learn about your Pokémon

While learning the basics of Pokémon Unite is important, you really need to understand your Pokémon since you are going into battle with them. As they level up, which moves do you prefer? What overall builds perform better for you? Can you accomplish that Pokémon’s role? These are all things you should know about your chosen character when entering a match. You can find all the information you need for them by going to Pokémon on the home page and see your Pokémon’s overview, their moves, and their progression path.

Finally, items can play a significant role in critical situations. Battle Items can be used and then have a cooldown. These items vary between slight healing and increasing your speed or attack. On the other side, Held Items will give slight stat bonuses that can be upgraded to make your Pokémon generally stronger. Be sure to look through these and consider purchasing some from the in-game shop for Aeos Coins after playing a few games.